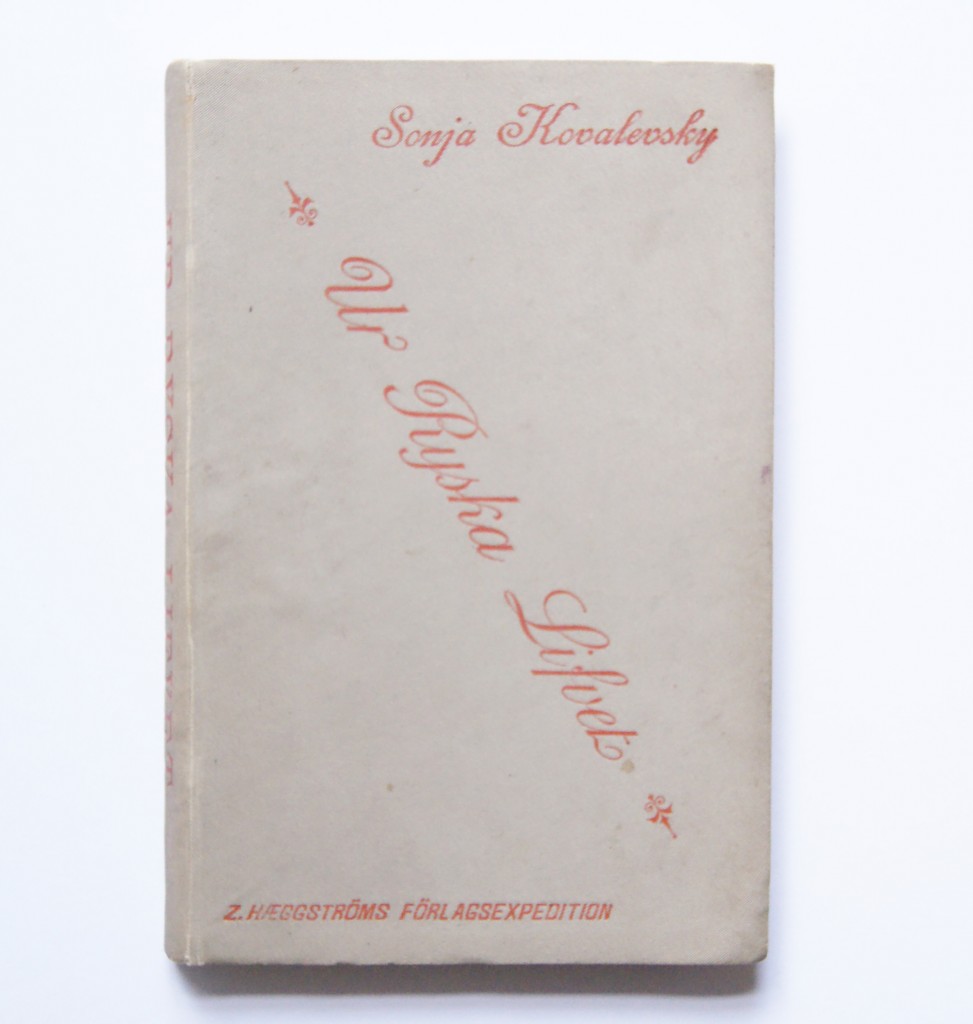 Published in Stockholm in 1889, this is a first edition of the childhood reminiscences of Sonya Kovalevsky (Sof’ia Kovalevskaia in Russian, 1850–1891), ‘the greatest woman mathematician prior to the twentieth century’ and the first woman to hold a university chair in modern Europe.

Kovalevsky wrote this account of her childhood in Russia, translated from her original manuscript into Swedish, as fiction, with Sonya and her sister Anya becoming the Rajevski sisters.  (When Kovalevsky translated the work back into Russian, she turned it into a first-person narrative.)  But it is all true: ‘her education by a governess of English extraction; the life at Palibino (their country estate); the subsequent move to St Petersburg; the family social circle, which included Dostoevsky …  The story ends with her fourteenth year.  At that time the temporary wallpaper in one of the children’s rooms at Palibino consisted of the pages of a text from her father’s schooldays, namely, Ostrogradsky’s lithographed lecture notes on differential and integral calculus’ (DSB).

Dostoevsky took a shine to Sonya’s elder sister, a promising writing talent, in the 1860s, publishing some of her stories in Epokha, and features prominently towards the end of the book.  Their father was mistrustful (‘Dostoevsky …  What do we know about him?  Nothing, except that he is a journalist, and has been in prison to boot.  That is a first-class recommendation, I must say!’), but Dostoevsky used to visit them about three or four times a week.  ‘Sometimes he would narrate the contents of novels he intended to write; sometimes scenes and circumstances from his own life …  He felt an aversion to his own work, and was ashamed of it.  Perhaps there is no author who does not go through this psychological drubbing some time or other, but Dostoevsky, with his nervous and suspicious nature, suffered from it probably in an unusual degree.’

One response to “Remembering Dostoevsky”