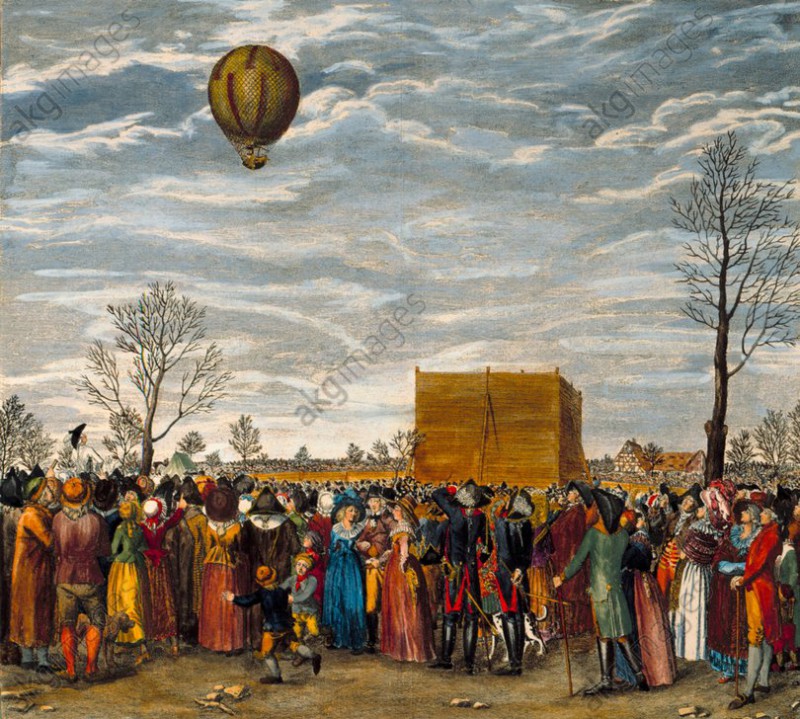 As I have written before, the 1780s saw a craze for all things ballooning.  Above is a coloured engraving of an ascent made by the famous French balloonist Jean-Pierre Blanchard in Nuremberg on 12 November 1787.  As one can imagine, such ascents were exceedingly popular with the public, but there was also an element of danger involved.  A broadside I had recently illustrates this, and shows us that the local authorities were keen both to prevent accidents, and to avoid sudden price changes in foodstuffs, accommodation, stabling, etc., for what was to be a major event. 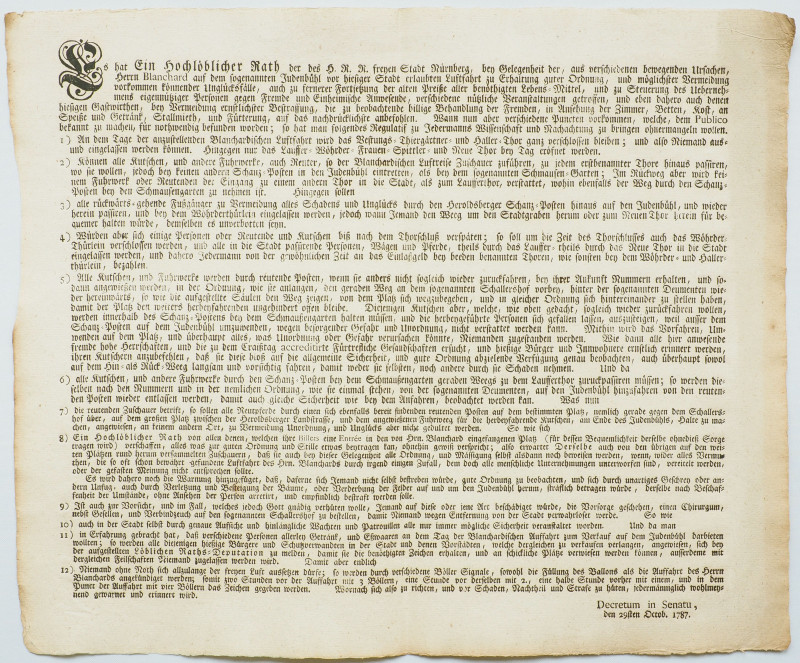 Issued exactly two weeks before the ascent itself, the broadside (362 × 434 mm) was evidently intended for public display.  It warns citizens of the closure of some city gates, and describes the one-way system which is to be introduced; coaches, carriages, and those on horseback are to use one route to and from the Judenbühl (as the city park, from which the ascent was to take place, was then called), pedestrians another.  The problem of parking is also dealt with.

Everyone must have a ticket to gain admittance to the Judenbühl itself.  Those without tickets are warned, on pain of a fine, not to cause a disturbance, either through unseemly shrieks or other disorder, damaging or climbing on trees, or spoiling the fields round about.  Security patrols have been set up, and a surgeon has been engaged to provide first aid cover.  Local traders wishing to sell food and drink on the Judenbühl must apply to the authorities for the required token.  Finally, warning shots will be fired—three shots two hours before, two shots one hour before, one shot half an hour before—before the ascent itself takes place.

The event was a great success, with over 50,000 people coming to watch, and predictably souvenirs followed, such as the engraving illustrated above.  Among the collections of the Science Museum in London is a medal struck for the occasion: ‘Gallia saepius plausit. Iam Germania Plau:’ (‘France has applauded often.  Now let Germany applaud’). 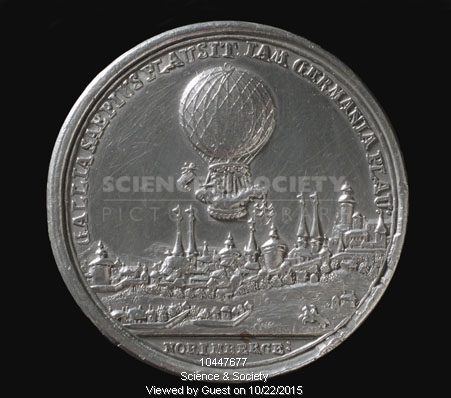 Posted in
Previous: The first English-speaking black writer to gain a European readership? Next: 1001 Afternoons in Chicago