The most famous musical response to Napoleon’s defeat in Russia in December 1812 is, quite rightly, Tchaikovsky’s ‘1812 Overture’.  That was composed almost seventy years after the event, but there was also music written at the time to celebrate the Russian victory. 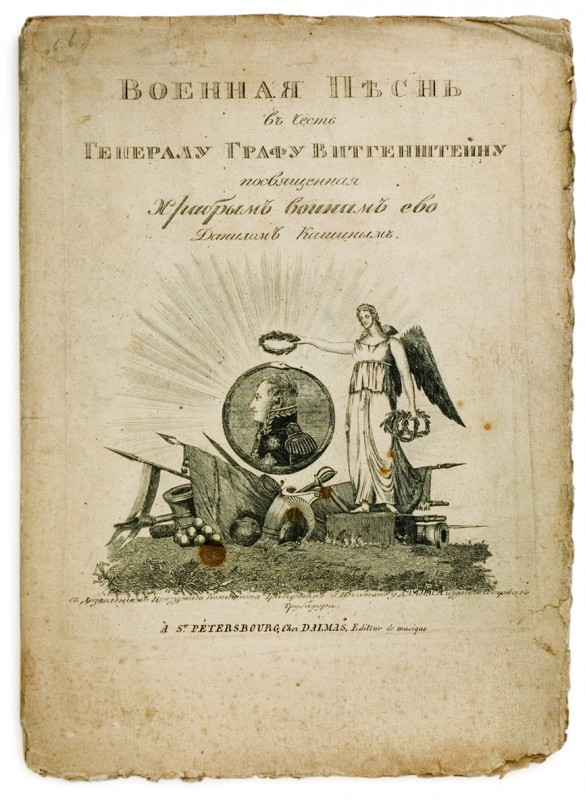 This is A military song in honour of General Count Wittgenstein dedicated to his brave soldiers, published in 1813, by the composer Daniil Kashin (1769–1841).  It is a setting of a poem by Kobyakov, ‘Zashchitnika Petrova grada velit nam slavit’ pravdy glas’ (say, ‘We praise the Defender of Peter’s City, enjoined by the voice of truth’), in honour of Peter Wittgenstein, commander of the Russian troops in the Battle of Polotsk (October 1812), a battle which saved the city of St Petersburg and broke Napoleon’s northern front.  The Imperial Russian Historical Society’s biographical dictionary (1903) singles out Kashin’s piece as ‘particularly popular’. 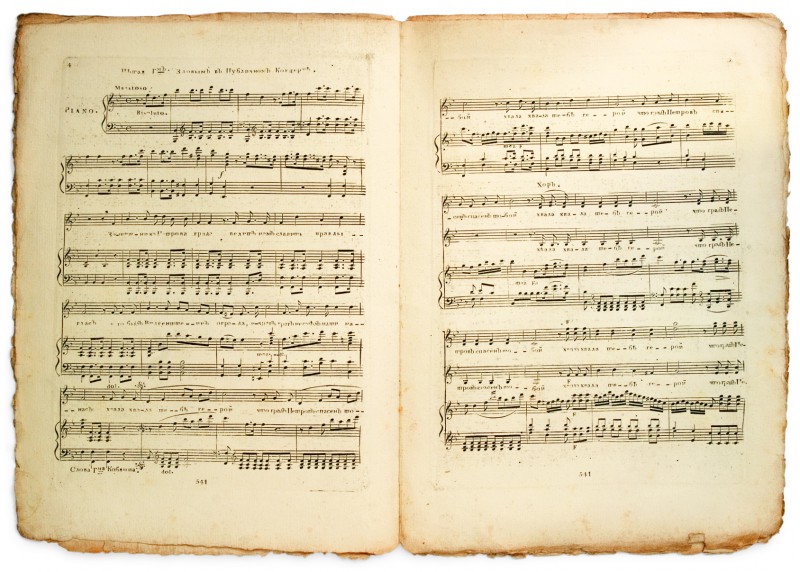 ‘Freed from serfdom in 1798, [Kashin] established himself as an important figure in Moscow’s musical life from 1799, and, in addition to his activities as a composer, pianist, singer, opera conductor, teacher and folksong collector, he organized and conducted mammoth concerts sometimes involving a choir of 300 and an orchestra of 200.  In 1800 (or perhaps 1805) he appeared as an opera composer with Natal’ia, boiarskaia doch’ (“Natalya, the Boyar’s Daughter”), which enjoyed great success, holding the stage until 1817’ (New Grove).

Posted in
Previous: On file Next: Rhymed rebuses