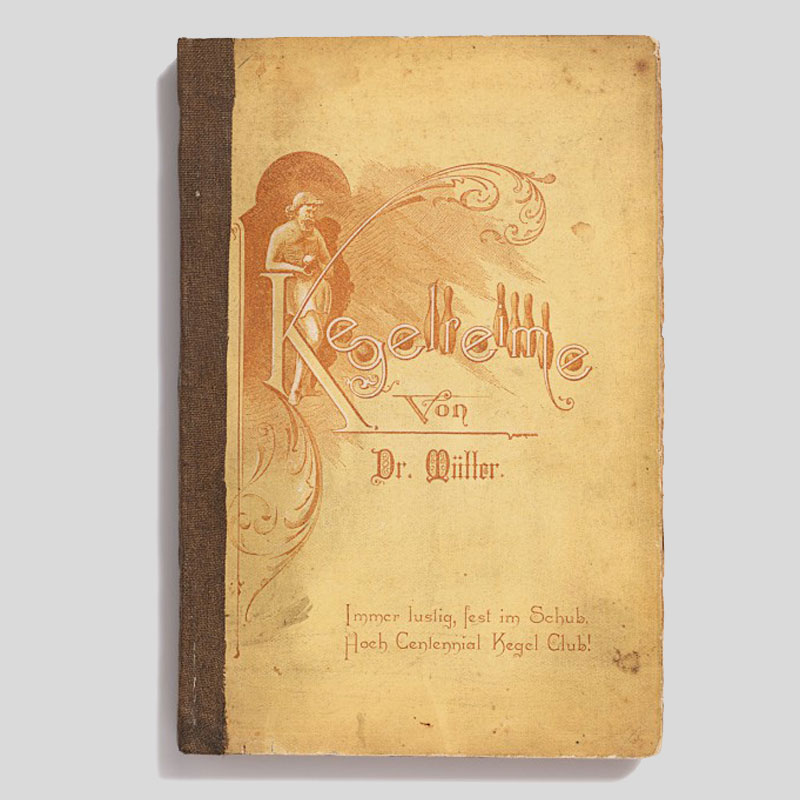 This is the first edition of Kegel-Reime (‘Bowling Rhymes’) by Dr Richard W. Müller, published in New York in 1886: a collection of German verse brought out as part of the 10th anniversary celebrations held by the Centennial Kegel-Club of the Deutsche Liederkranz von New York, describing particular bowling nights from the 1880s.  The 24 plates depict members […]