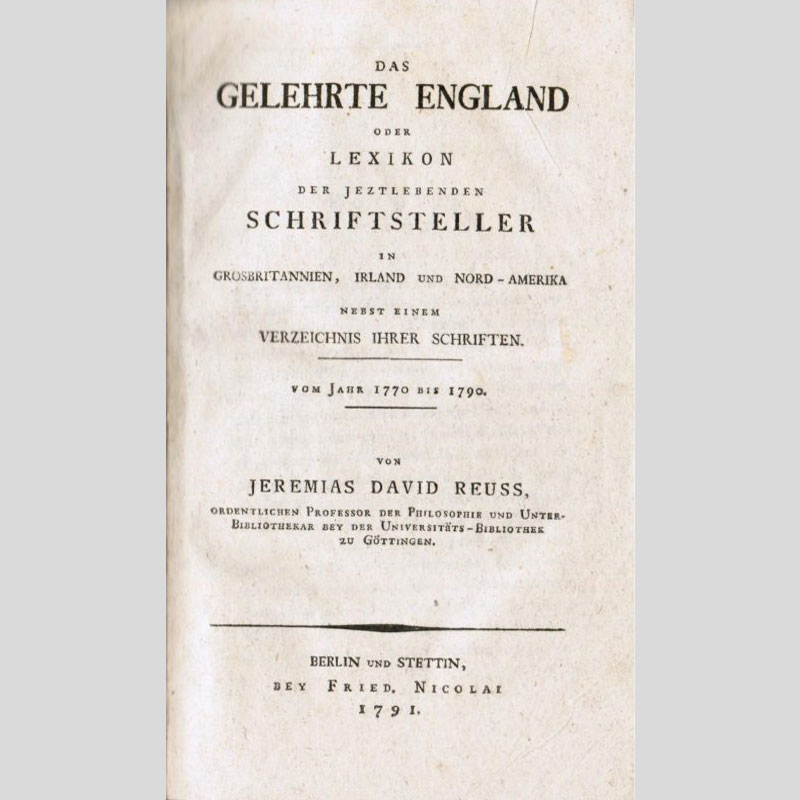 I’m sure that if you asked anyone “what was the first bibliography of eighteenth-century English literature?”, they probably wouldn’t guess that it was published in Berlin:    The book was the brainchild of the great Enlightenment publisher (and Anglophile), Friedrich Nicolai.  In 1789, he wrote a letter to Jeremias David Reuß (1750–1837), under-librarian at the […]