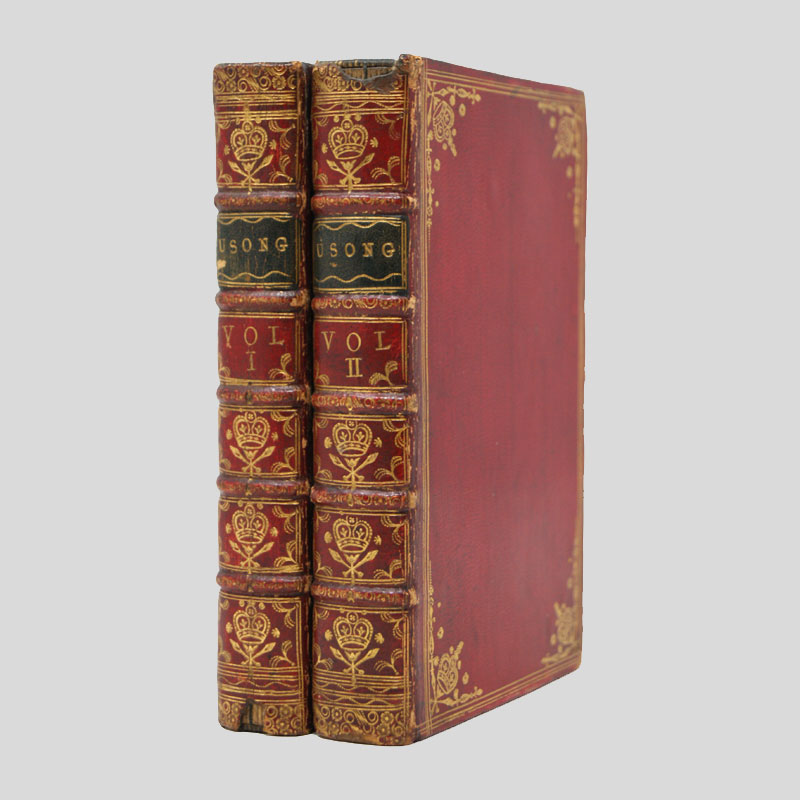 Another book from the recently-released Anglo-German Cultural Relations catalogue: Albrecht von Haller’s Usong.  An Eastern Narrative …  (London: Printed for the Translator; and sold by F. Newbery … and J. Walter …  1772). This first edition in English was published only a year after the original had appeared in Germany, apparently at the instigation of Queen Charlotte.  ‘This […]