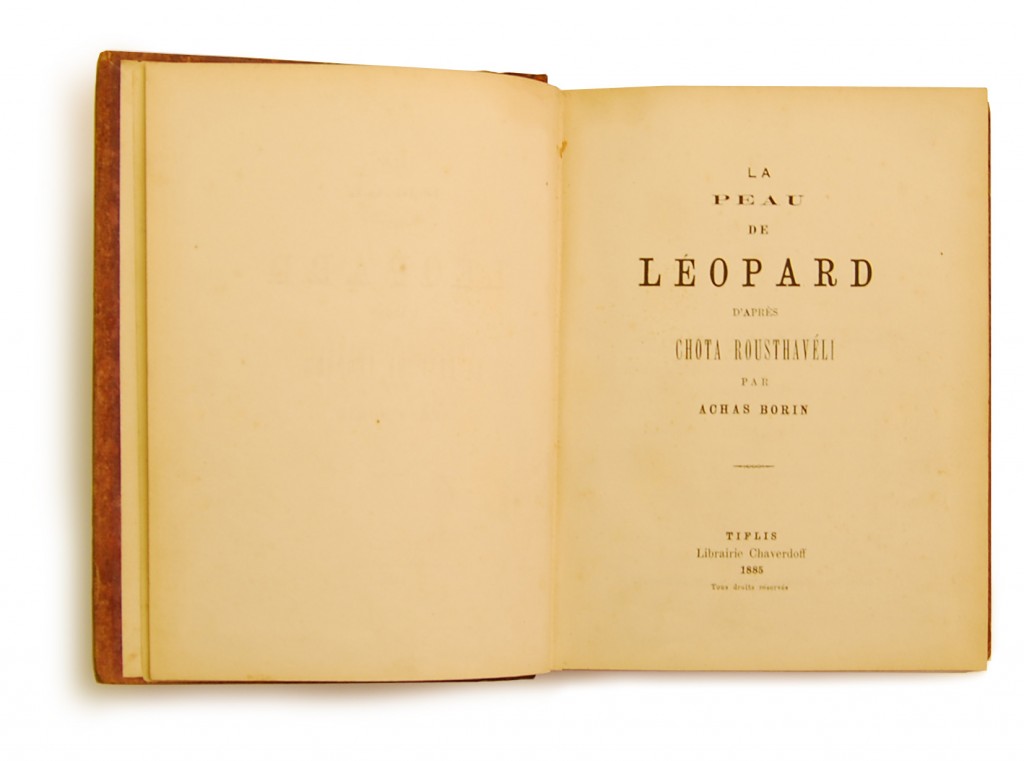 Vepkhist’qaosani, ‘The Knight in the Panther Skin’, is ‘the greatest classic of Georgian secular literature …  It is for Georgians what Dante’s Divina Commedia is for Italians’ (Rayfield, History of Georgian Literature, pp. 73, 81).  This is the first edition in French, although the translator insists: ‘Ce n’est donc point une traduction, c’est une imitation qui pourra donner l’idée d’une grande et belle œuvre que les Caucasiens considèrent comme un chef-d’œuvre et que l’Europe ignore’ (p. 3).  The translation was made in Tiflis in 1884, passed by the (Russian) censor on 5 January 1885 and duly printed.  But Borin (a pseudonym?) was evidently not happy with the result, and set about reworking his translation in preparation for its reappearance, as the second of three Contes orientaux, published in an edition of 500 copies (with another 10 on papier Whatman) at Paris in 1886.  His reworkings of the translation are to be found across four copies of the book, subsequently bound together. 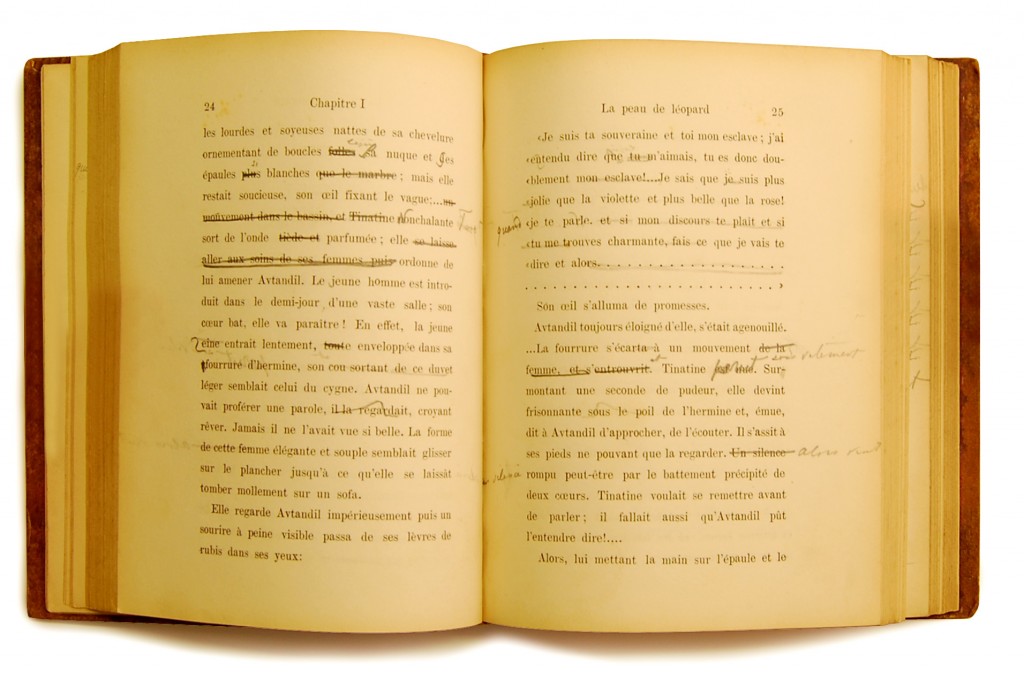 The annotations reveal Borin’s real frustration with his work—scribblings, crossings out, new sections written out and pasted over—as he struggles with (or, in some case, almost attacks) his text.  The end result must have been a nightmare for the typesetter at the the Imprimerie–Librairie Quantin.  The third of the four amended copies appears closest to the Paris-published text (the corrections to the fourth copy are confined largely to the prelims), but it is not entirely the same; further changes must have been made in Paris at the proof stage. 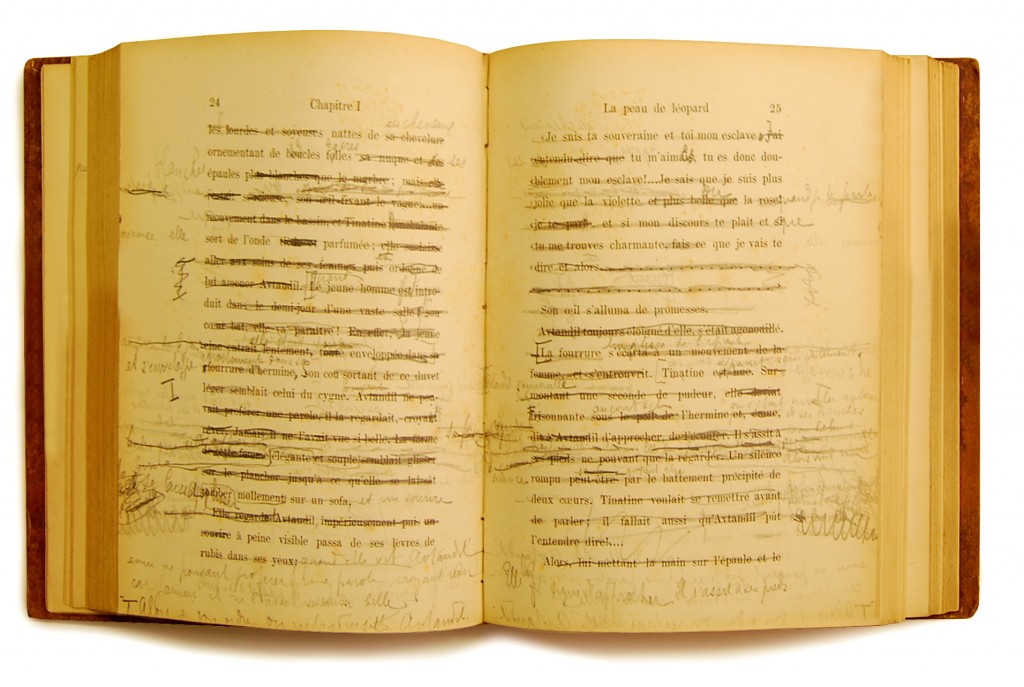 Both editions (1885 and 1886) are very rare.  I located copies of the Paris edition at the Bibliothèque nationale de France, the British Library, and Biblioteca nacional de Chile, but the Tiflis edition only at the BL.  The Paris edition must have arrived in London straight from the press, as the British Museum accessioned it in 1886.  To acquire a book from Tiflis took somewhat longer: it is stamped 1893.

‘Very little Georgian literature has been translated into English, even though Georgian (first recorded in 430 CE) is one of the world’s oldest and richest literary languages, and has scores of medieval texts and many modern poets and prose writers whose importance and aesthetic merits are comparable with the best of the major European cultures.  Torn from the orbits first of Iran, then of the Arabs and Byzantium, to be isolated from Europe by Iranian, Turkic, and finally Russian hegemony, Georgia’s language and culture were virtually unknown except to a few Italian missionaries in the 17th century.  Only at the beginning of the 19th century did the first Western scholars take an interest in the language and then the literature’ (Rayfield, Oxford Guide to Literature in English Translation, p. 200).  The first English translation of Vepkhist’qaosani, by Marjory Wardrop, appeared in 1912.

Posted in
Previous: Conspiracy theory Next: Cut out and kept