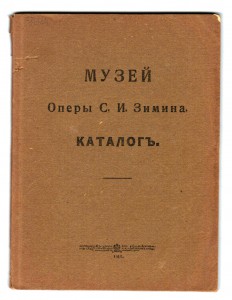 Next week, I shall be attending the annual RBMS Preconference, this year in Minneapolis where the theme is “Performance in Special Collections”.  I thought this little book may be timely.  It’s the catalogue of the celebrated Zimin Opera Museum in Moscow, published in 1916, just a year before the Bolshevik Revolution led to the Museum’s being nationalised and much of its contents dispersed. 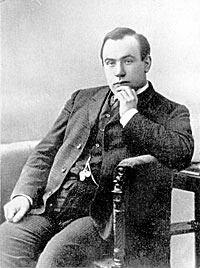 Sergei Zimin (1875–1942) was the founder–director of a private opera company in Moscow, which ran from 1904 to 1917, staging the premieres of works such as Rimsky-Korsakov’s Golden Cockerel (1909), as well as the Russian premieres of various Western operas.  At the same time as opening his new theatre, Zimin created an opera museum, in two rooms at the theatre.  The collections soon outgrew the space, and a purpose-built museum was opened in 1908 to exhibit the hundreds of costumes and stage sets, models and posters, in the collection, all of which are listed in the catalogue.

One response to “Performance”