Just back from Minneapolis, and the RBMS Preconference, where the theme, as I mentioned before, was “Performance in Special Collections”.  I like to try and find material relating to the history of performance, both in music and the theatre, and my library customers in particular are always looking for things they can use for exhibitions, for teaching, or to attract researchers.  In other words, the unique.  Here is one such book. 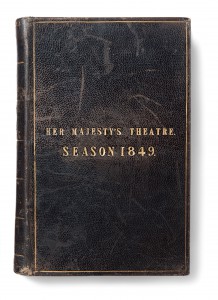 Bound in black morocco by W. S. Johnson, it is a careful contemporary record of the 1849 season at Her Majesty’s Theatre in London, which featured the singers Marietta Alboni (Rossini’s principal contralto and ‘one of the great representatives of classical Italian bel canto’, New Grove), Filippo Coletti (‘the leading Italian baritone on the London stage’, ibid.), soprano Teresa Parodi (her London debut, in the title role of Norma), the famous bass Luigi Lablache (the manager of Her Majesty’s, Benjamin Lumley, called him ‘the greatest dramatic singer of his time’), soprano Henriette Sontag (‘one of the most consistently successful and popular German sopranos of the first half of the 19th century’, ibid.) and, most famously, the legendary Swedish soprano, Jenny Lind (1820–1887).  These were her final performances in London before her retirement from the opera stage. 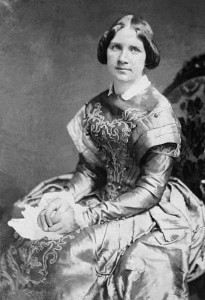 A daguerreotype of Lind, made in New York in 1850.

Lind had first appeared in London in 1847.  ‘The Haymarket was packed from early afternoon with a solid line of carriages and the colonnade of the theatre thronged with society figures in full evening dress waiting for unreserved seats in the pit.  The performance was the most overwhelming operatic success London had ever experienced.  At its conclusion, the apogee of public appreciation was reached when Queen Victoria threw her bouquet down from the royal box to land on stage at Lind’s feet …  Her portrait was on snuff-boxes, matchboxes, and pocket handkerchiefs; there was Jenny Lind soap, Jenny Lind scent, and Jenny Lind candle snuffers in the shape of the singer’s body topped with the head of a nightingale.  The duke of Wellington sat in a stage box for all her performances, and on three occasions the House of Commons had no quorum to vote as so many members had gone to hear “the Swedish Nightingale”, as she was known’ (Oxford DNB). 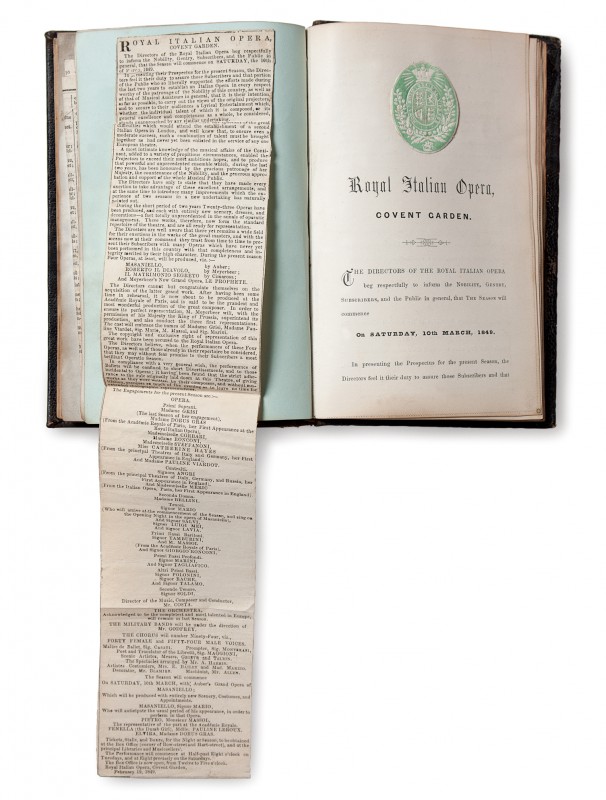 Interestingly, the compiler of this book seems not to have been seized by the mania.  A manuscript note below the cutting for her last performance, as Alice in Meyerbeer’s Robert le diable (which had been her debut role in London two years before), reads: ‘Had Jenny Lind presided in concerts they would have proved a complete failure.  Her forte was dramatic effect’.  And again on a page at the end of the volume: ‘Jenny Lind a curious clever shrewd woman well understood how and when to distribute her liberality’.

Posted in
Previous: Performance Next: Che for children