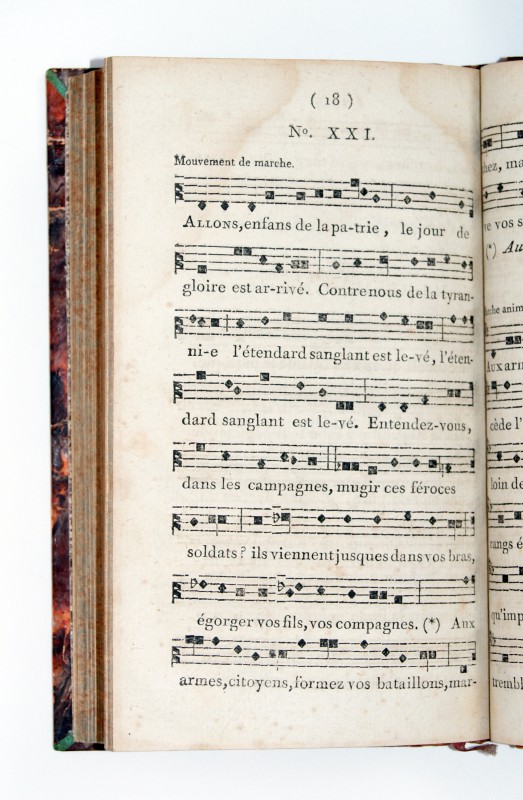 As it was Bastille Day recently, I thought I would share this.  It’s taken from a very rare little book called Recueil d’hymnes philosophiques, civiques et moraux, compiled by François-Nicolas Parent in around 1798.  Dedicated to those living in the countryside, this extraordinary work prints the texts of Republican songs, the ‘Marseillaise’ among them, with the music to go with them, but written in plainchant notation (to make it easier for provincial musicians, used to church music, to read).  The 96 songs are arranged by type: religious songs, philosophical and moral songs, patriotic songs (subdivided into war songs, victory songs, and songs for national festivals), and ‘gaîtés philosophiques’.

Parent was curé in the village of Boissise-la-Bertrand, near Melun in the Ile-de-France, before renouncing the Church after the Revolution.  Most of what he wrote circulated in manuscript.  The Recueil appears to be his only work to have found its way into print.

Posted in
Previous: Che for children Next: Reading in the heat