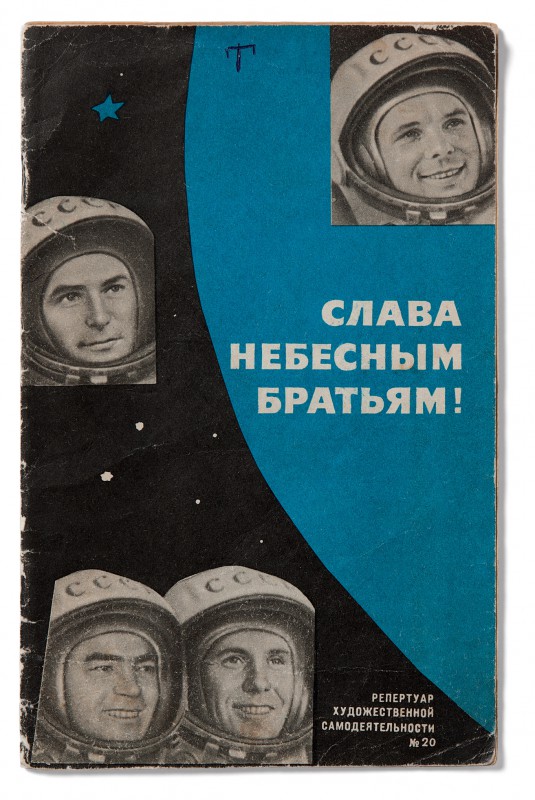 Exactly 51 years ago today, on 21 August 1962, this rare little book, Glory to our heavenly brothers!  Verse and songs of Soviet Cosmonauts, was typeset and ready to print.  Published the year after Yuri Gagarin became the first man in space, it features ten poems (including work by Veronika Tushnova and Vera Inber) and four songs—‘Fourteen minutes to liftoff’, ‘The blue planet.  March of the Soviet Cosmonauts’ (written by Oleg Sokolov-Tobolsky, a Red Army officer, and first sung by the cosmonaut Pavel Popovich), ‘Before the long road’ by Matvey Blanter, and ‘Cosmonauts’ by Vano Muradeli—all written in praise of cosmonauts. 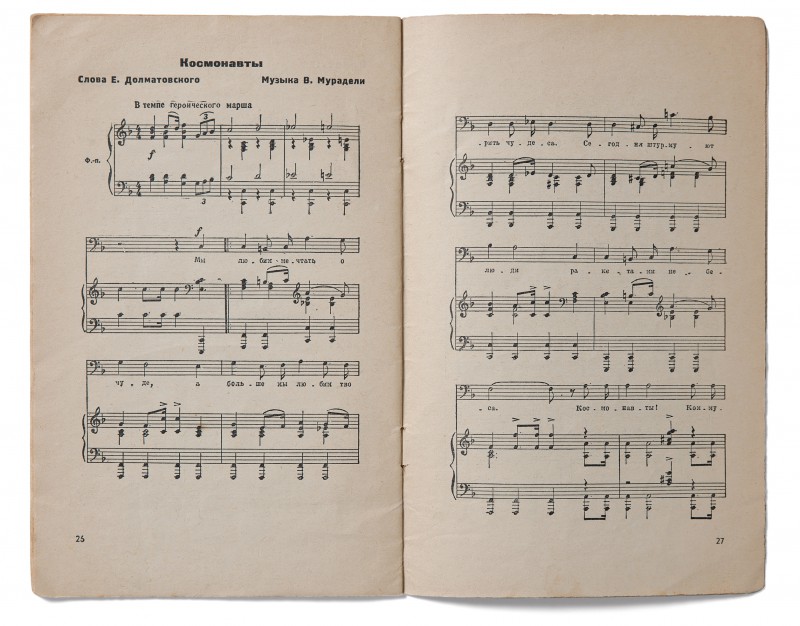 The cover features the first four Soviets in space: Gagarin, Gherman Titov, Andriyan Nikolaev, and Pavel Popovich.  21 August was less than a week after Popovich’s Vostok 4 mission had landed back on Earth, an amazingly quick turnaround for getting the book ready.

Posted in
Previous: Printed for the invasion of Britain Next: Love ye the stranger