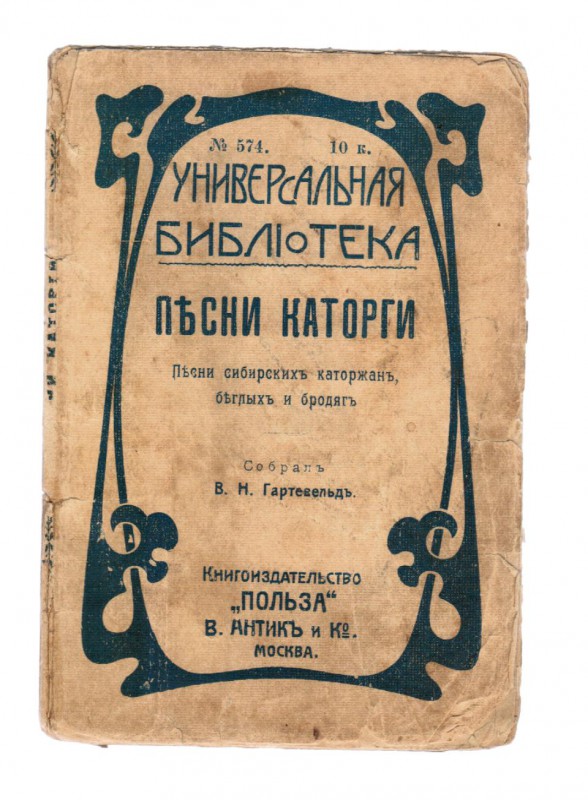 Songs of Hard Labour.  Songs of Siberian convicts, fugitives and vagrants.  Collected and written down in Siberia by Wilhelm Harteveld (Moscow, 1912; 144 × 97 mm).

Julius Napoleon Wilhelm Harteveld (1862–1927), a Swede by birth, lived in Russia 1882–1918, where he was instrumental in recording songs sung by exiles and political prisoners in Siberia, publishing a number of collections.

The present collection, which is very rare, is made up of material collected in 1908.  In the preface, Harteveld mentions that the last person to visit the Siberian prison camps was the American George Kennan some 15 years before.  He notes that much has changed in the interim, particularly in the convicts themselves: when Kennan visited, they were largely common criminals; now a large percentage has been sent there for political reasons.

Posted in
Previous: Song-collecting in Siberia: I Next: 'All that Hell could vomit forth'