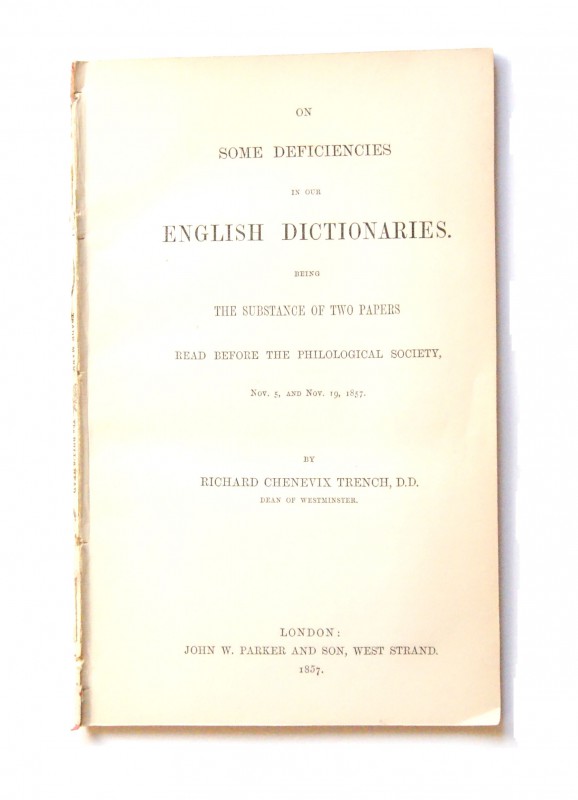 Ever since (in fact, probably long before) I completed my MA in Lexicography, I have been fascinated by dictionaries, none more so than The Oxford English Dictionary (1884–1928), ‘the greatest treasure-house of any language in the world’ (PMM).  The origins of the OED lie in these two papers, On some Deficiencies in our English Dictionaries, read by the then Dean of Westminster to members of the Philological Society at the London Library (both of which I am proud to be a member) in 1857, in which Trench laid down the desiderata for a new English dictionary based on historical principles.  Two months later and it was formally resolved that A New English Dictionary, as it was first called, should be compiled, readers were called for, and the mammoth task of hunting for every English word ever used began, a hunt which still goes on today.

If you’re interested in the history of the OED, I can recommend the biography of James Murray, the OED’s first editor, Caught in the Web of Words: James Murray and the Oxford English Dictionary, written by his granddaughter.