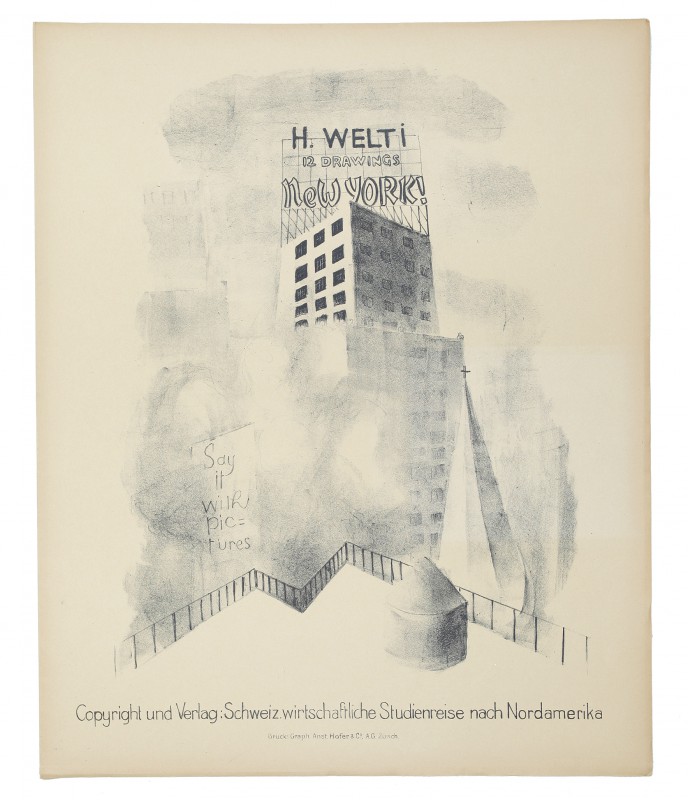 Like the architect and sculptor Max Bill, Welti (1891–1934) belonged to the artistic new wave which characterised Zurich in the late 1920s, experimenting with abstract art and Dadaism.  In 1932, it was Welti who was asked by Wilhelm Wartmann, director of the Zurich Kunsthaus, which was mounting a major Picasso retrospective, to look after the Spaniard during his visit.  These early lithographs arose out of a visit Welti made to New York thanks to a ‘Swiss Economic Study Tour to America’, an initiative begun after the First World War. 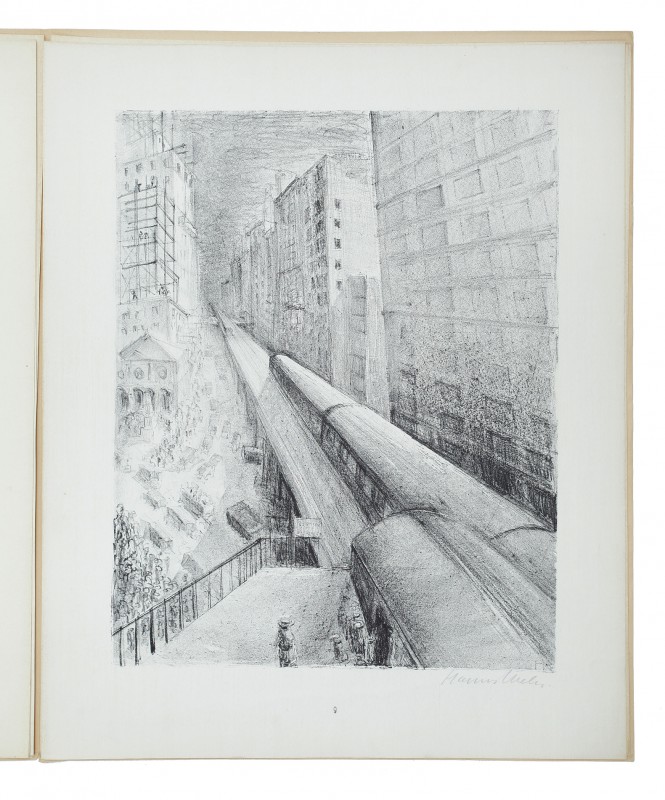 One particularly nice feature of the drawings is that they are all from life, and the inside front cover gives precise locations for each of the scenes: 7th Avenue and 34th Street, the view from the roof garden of the Pennsylvania Hotel, Penn Station, 42nd Street, the elevated railway at Herald Square (pictured here), etc.

Posted in
Previous: The beginnings of the OED Next: Washington Irving in Germany