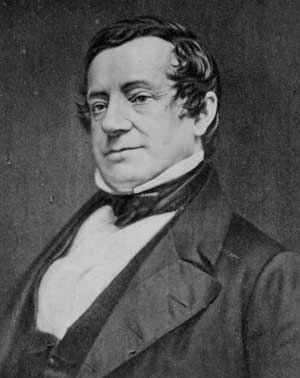 Washington Irving’s name and fame reached Germany suddenly when in 1819–20 The Sketch Book of Geoffrey Crayon, Gent. was published in England and America.  Diedrich Knickerbocker’s History of New York (1809), which had appeared ten years earlier and had established Irving’s reputation as a writer, held no appeal for Europe.  Its native satire and its mockery of American politics were incomprehensible to those not intimately acquainted with New York life and its political scene.  But when British journals began to praise this first American man of letters and reprinted authorized or pirated sections from The Sketch Book, German papers and periodicals promptly translated these extracts.  Editions in book form quickly followed, and the reception was enthusiastic. 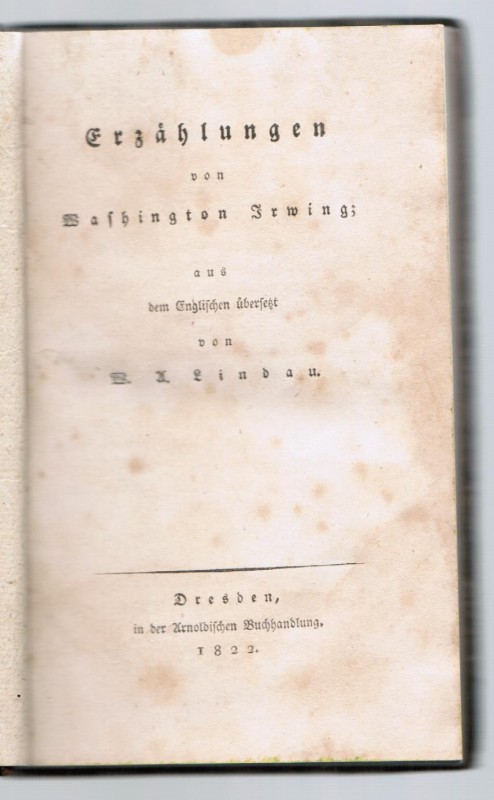 This, the first German collection of Irving’s tales (or Irwing’s!), appeared in Dresden in 1822, comprising ‘The Wife’, ‘The Legend of Sleepy Hollow’, ‘The Widow and her Son’, ‘Rip Van Winkle’, and ‘The Spectre Bridegroom’.  An American man of letters such as Irving was a European novelty, but he was soon hailed as a new star upon the literary horizon, perhaps the herald of a new constellation in the New World.  For more than fifty years Irving was not only read widely in Germany, but his work actually influenced the writings of many German authors.  The younger generation of German writers came in their formative years under the spell of Irving’s narratives so that his literary and stylistic manner is reflected (and in many cases acknowledged) in the works of Hauff, Heine, Droste-Hülshoff, etc.  See Walter A. Reichardt, ‘Washington Irving’s influence in German literature’, Modern Language Review, vol. 52, no. 4 (October 1957). 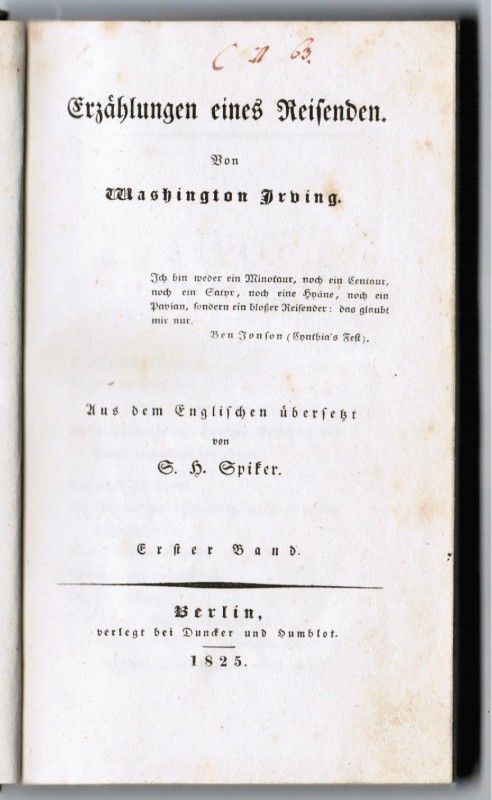 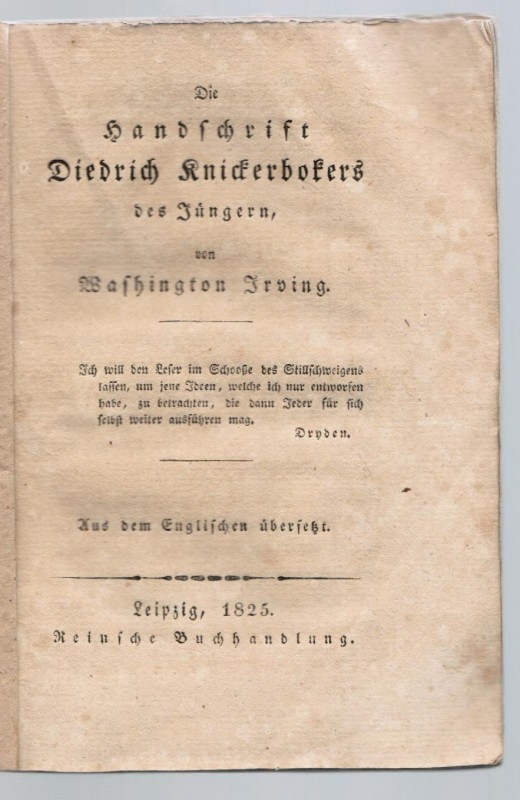 First edition in German of ‘The Manuscript of Diedrich Knickerbocker, Jun.’ (1824). 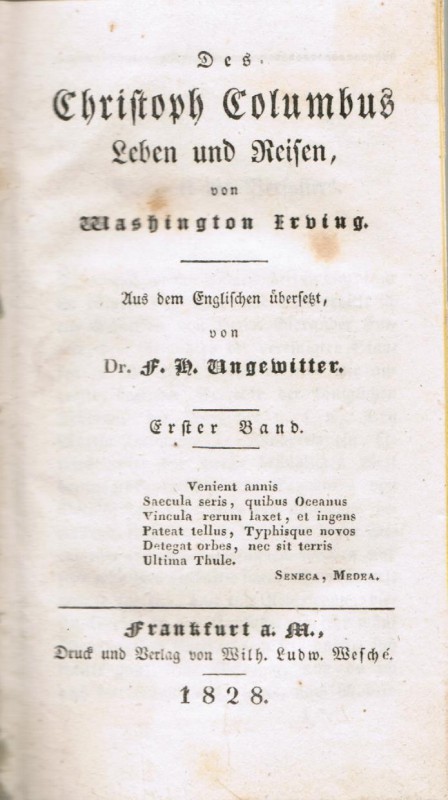 First edition in German of ‘A History of the Life and Voyages of Christopher Columbus’ (1828).