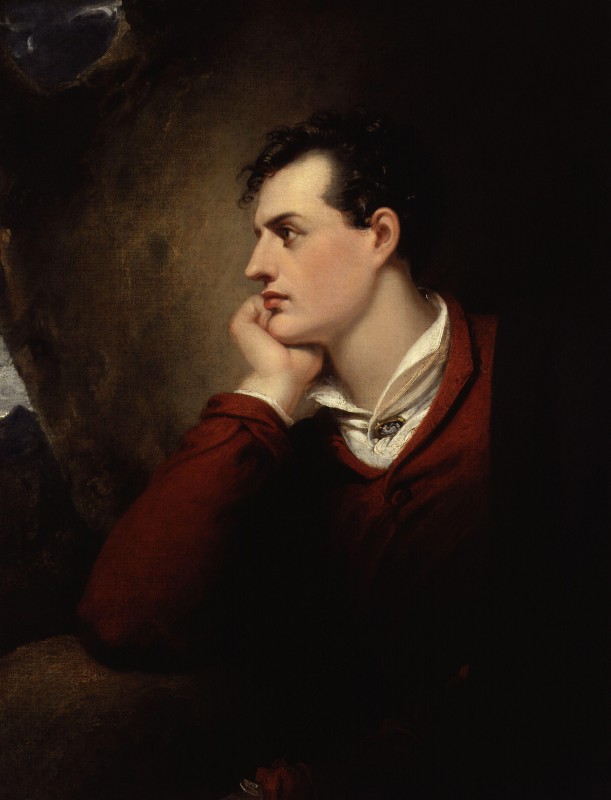 ‘Of all the countries which came under the spell of Byron’s pen and pageantry in the first half of the nineteenth century, none was more deeply entranced than Russia …  Certainly there was hardly a Russian poet in the romantic period who was not directly or indirectly influenced by Byron’s life and verse.  His name became synonymous with “romantic,” and he was regarded as the “leading mind” of the age.  Of contemporary figures only Goethe could compete with him in renown, and certain liberty-loving Russians ranked the Englishman above the great German’ (Simmons, English Literature and Culture in Russia (1553–1840), pp. 269–70). 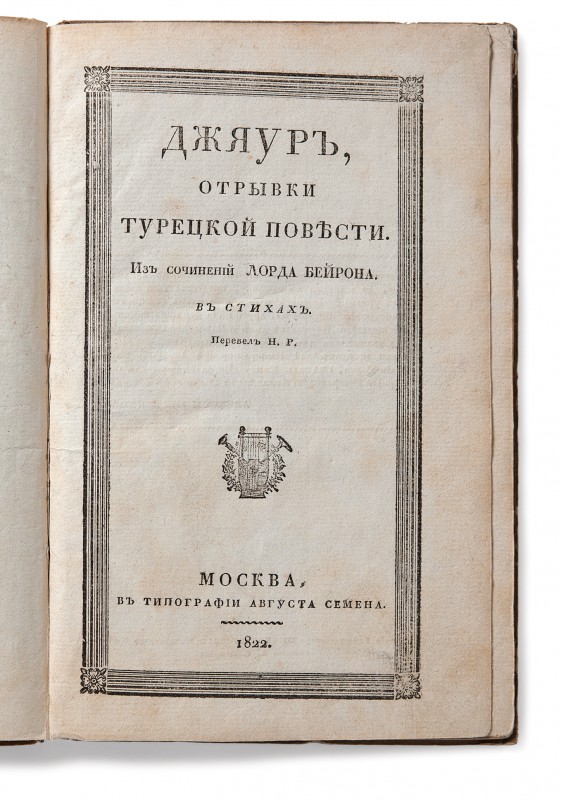 The first Russian translations of Byron appeared in 1820, in journals such as Syn Otechestva and Vestnik Evropy.  This is The Giaour (1813), translated—in verse—by Nikolai Radishchev (son of the famous eighteenth-century writer), only the second separate appearance of anything by Byron in Russian.  The first was The Prisoner of Chillon, published in St Petersburg the month before (Shil’onskii uznik, tr. Zhukovsky).