‘At the time of the October Revolution, the Russians based their conception of American culture on a combination of impressions derived from books of fact and fiction …  There was no dearth of facts about the United States, but there were huge quantities of misinformation and myth.

‘American literature in tsarist times had done little to regularize this haphazard conception, for the pre-revolutionary reading public had known relatively few American writers.  Only eight of them—James Fenimore Cooper, Bret Harte, Jack London, Henry Wadsworth Longfellow, Edgar Allan Poe, Harriet Beecher Stowe and Mark Twain—had achieved a durable popularity among significant numbers of Russians.  A few additional authors … had appeared in book form at one time or another, and others had appeared in random periodical pieces …  Many of America’s most prominent literary figures had been represented [before 1917].  Nevertheless, the literature thus circulated was relatively small in volume’ (Deming B. Brown, A Guide to Soviet Russian Translations of American Literature, p. 3).

This, from 1850, is what appears to be the first work of literature by an American women to be published in Russia: 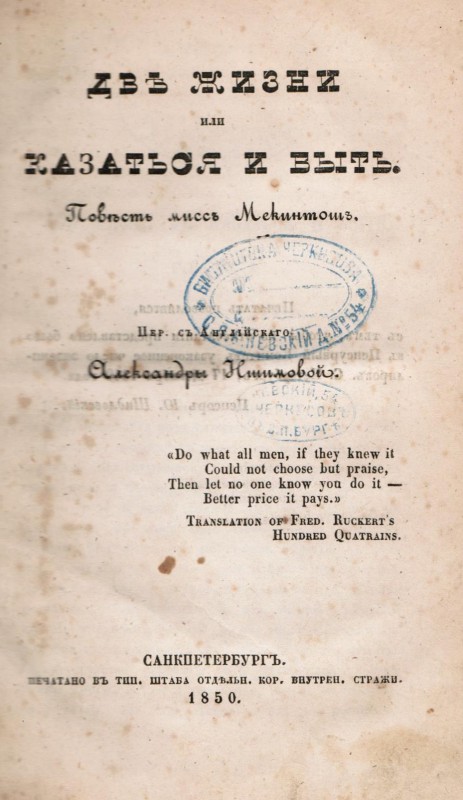