The story goes that, after his defeat in 1814 when he was deliberating whether to contest his banishment to Elba or not, Napoleon was given a bunch of violets by a child.  Taking this to be a sign that he should accept exile meekly, as a ‘shrinking violet’, he declared the violet to be his emblem and he earned the soubriquet ‘Corporal Violet’.  Wearing the flower became a popular means of showing support for Napoleon, and an enterprising printseller produced a ‘puzzle print’ of violets with outlines of Napoleon, his wife, and son hidden in the image.  Can you find them? 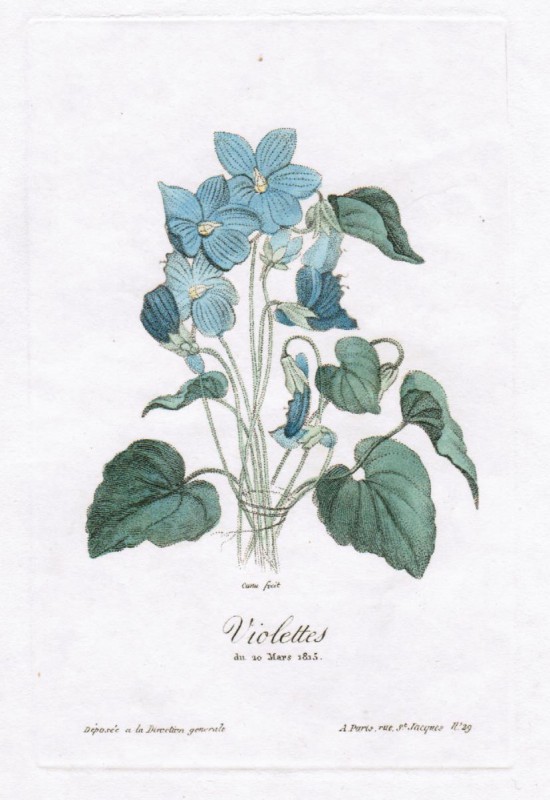 Not to be outdone, Louis XVIII’s supporters produced their own print, featuring lilies, the symbol of the French Crown: 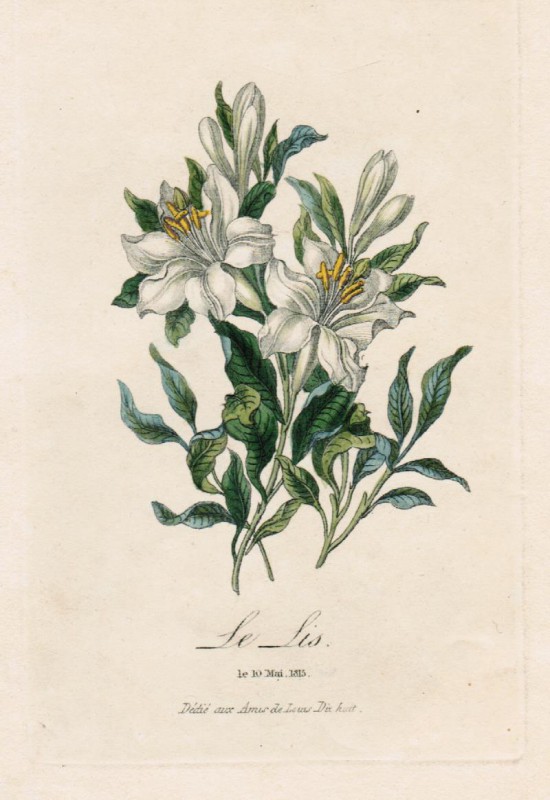 The prints proved extremely popular in France but, fascinatingly, they were exported to England, too, as these rare advertisements from 1815 show: 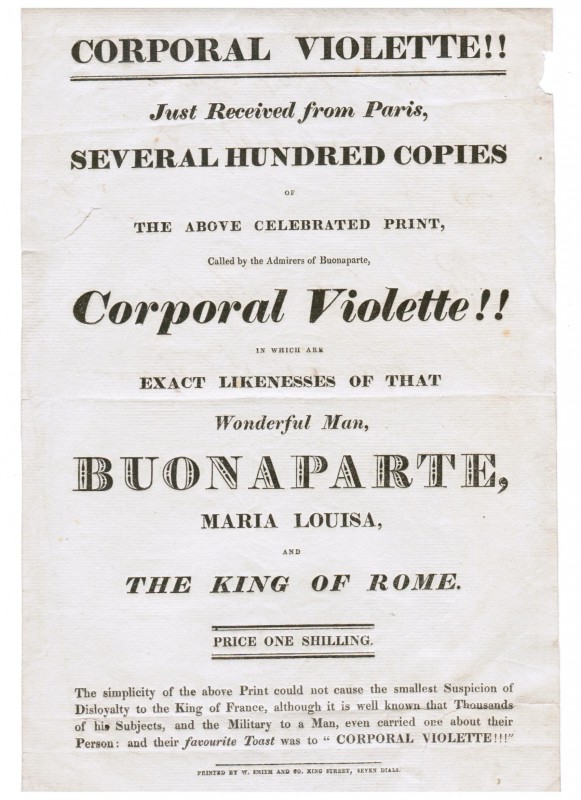 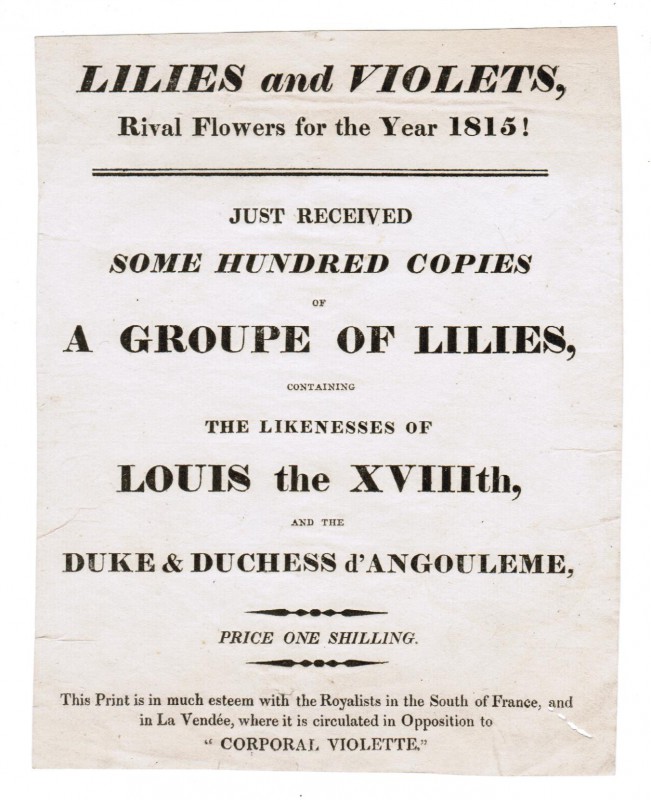 These are just some of the things I shall be exhibiting at the forthcoming 47th California International Antiquarian Book Fair in Pasadena.  My fair list will be out next week.  Please just me know if you would like to receive it.

Posted in
Previous: Fine printing, fine dining Next: The lure of Hollywood

One response to “Corporal Violet”