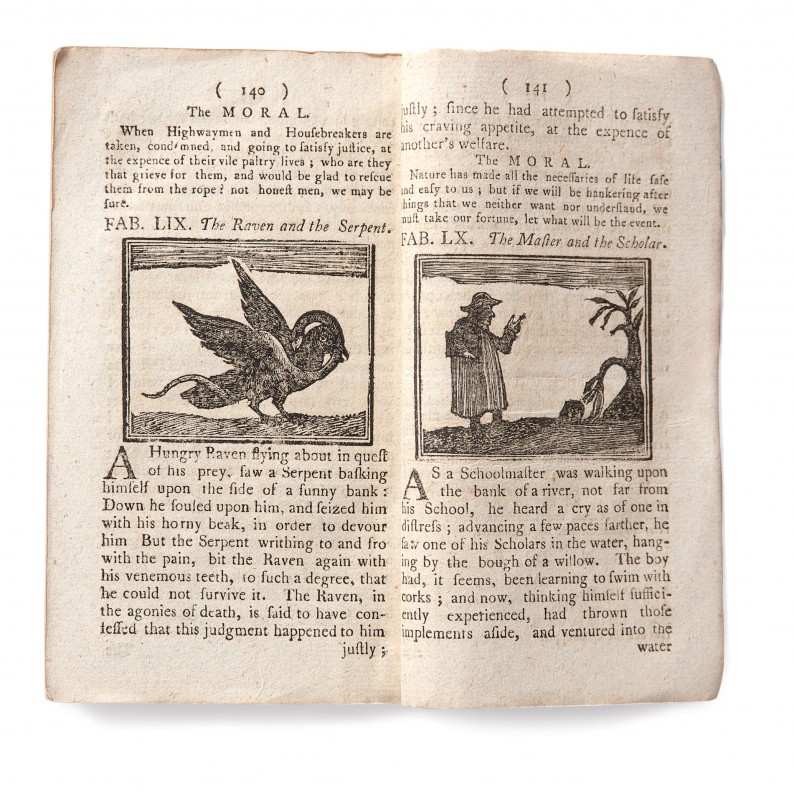 This is a very scarce edition of Aesop, published in Aberdeen in 1781: Fables of Æsop and others: translated into English.  With Morals and instructive Applications; and a Print before each Fable.  To which is prefixed, the Life of Æsop, more enlarged than in any former Edition of this Size.  It’s attractive, with, as the title says, a woodcut for each fable—I wonder which book they were originally cut for?—but what drew my attention was the wrapper. 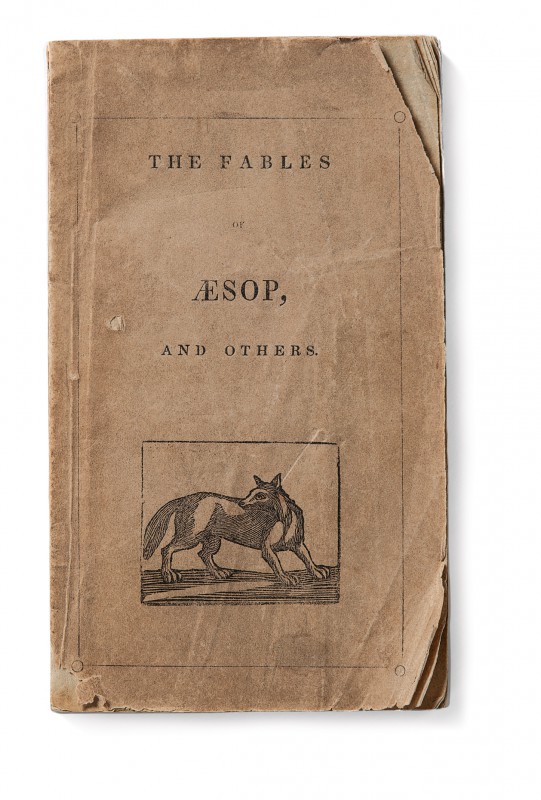 The bookseller I bought it from described it as being “in the original printed wrappers”.  I’ve always liked printed wraps, especially 18th-century ones, so I ordered it.  However, when it arrived it was evident that the wrappers weren’t original, or at least not from 1781.  The typography just wasn’t right.  The only conclusion I can come to is that the book was reissued in the early 19th century, with the addition of these wrappers.  A 19th-century reissue of an 18th-century book?  All things are possible.  The wrapper is certainly rare: I have only found one other example of it, suitably enough at the University of Aberdeen (front cover only).

This is just one of the books I shall be taking with me to the Edinburgh Book Fair later this week.  You can see a full list of what I’ll have with me here.

Posted in
Previous: Under the influence Next: Fair warning