Spring has sprung, and thoughts (well, mine anyway) turn to the New York Book Fair.  What to take?  One thing which may make an appearance is the following which came in recently: a Whig poetical address to Queen Anne from 1710, written in opposition to Henry Sacheverell (1674–1724), the political preacher whose impeachment turned him into a champion of the High Church cause. 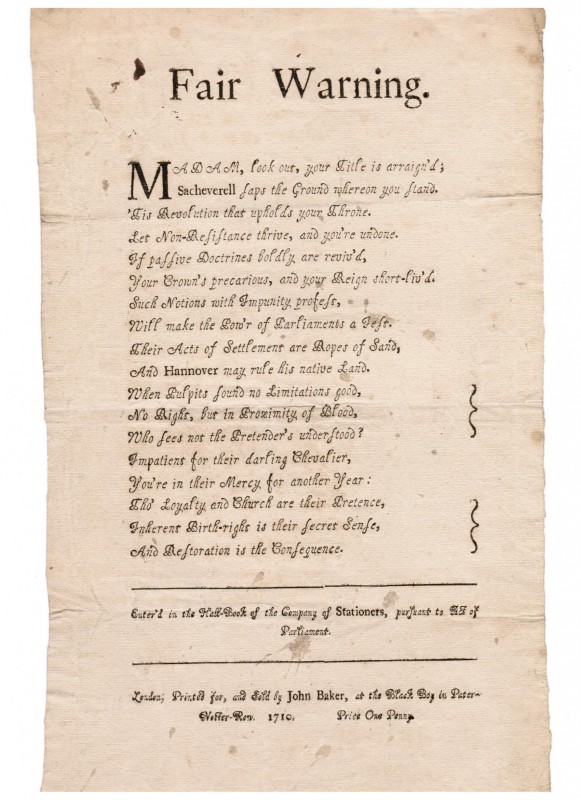 The poem is unusual in that it is printed in a font called Glover’s scriptorial type, in which the words are made to look as if they were handwritten.

Foxon (English Verse, 1701–1750) reports three other broadside poems in this distinctive typeface, printed between 1712 and 1727.  ESTC records only 3 copies of Fair Warning in North America.  I’d like to think there will be room for another.