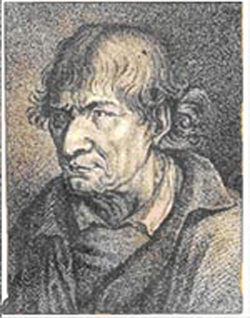 Although perhaps largely forgotten now, Giambattista Casti (1724–1803), Salieri’s favoured librettist in Vienna in the 1780s, was notorious in his day, with a reputation for syphilis—Pushkin later wrote of the ‘noseless Casti’ in his lyric ‘K vel’mozhe’ (‘To a Grandee’, 1830)—and ‘for writing witty, salacious satires, as a sort of obscene, Italian Voltaire.  Casanova had been keen to meet him because of “certain very blasphemous little poems of which he is author”, and he did so when Casti accompanied Count Rosenberg to Trieste in 1773.  But the wayward abbé (whose name, ironically, means “chaste”) was too dissolute even for the irascible Casanova, who called him “a shameless libertine, an ignorant and immodest rhymester”.  Yet Casti is also described as “full of fire” and it is clear from his other friendships that he had a penetrating mind and (in the words of one of his early English translators [i.e. Captain Montagu Montagu, 1826]) “great learning, sound judgement, and an inexhaustible invention and humour”’ (Bolt, Lorenzo Da Ponte, p. 122).

Casti began his career as a canon in Montefiascone (Viterbo), but soon left.  New Grove takes up the story: ‘Finding his life as a provincial priest too restricting, he moved to Rome, probably in 1760–61 and then in 1765 to Florence, at that time governed by the Archduke Leopold, brother of the Austrian Emperor Joseph II.  He frequented court circles and was appointed court poet on 15 December 1769.  He struck up a friendship with Leopold’s prime minister, Count Orsini-Rosenberg, who was later to provide him with useful entrées into Viennese society.

‘Casti first visited Vienna in 1772; he also visited Berlin that year and Trieste in 1773.  In 1776 he began a period of travel, usually with Count Joseph Kaunitz, son of the Austrian Chancellor, on quasi-diplomatic missions.  These travels took him throughout northern Europe and (during 1781) Spain and Portugal.  Between 1777 and 1779, he was in Russia where he formed an unfavourable opinion of the Empress Catherine and her court.  This antagonism is evident in his first major poem, Il poema tartaro (1783), which satirizes Russian politics.  Casti felt the need of Joseph’s support to publish the poem and returned to Vienna in October 1783 to plead for Imperial approval; for obvious political reasons, he was unsuccessful.  This trip to Vienna, however, launched his career as a librettist.’

Casti produced a fair copy of his venomous verse portrayal of contemporary Russian society and politics for Joseph to read, and evidently others must have circulated.  Here is one such example, dating from perhaps the 1790s: 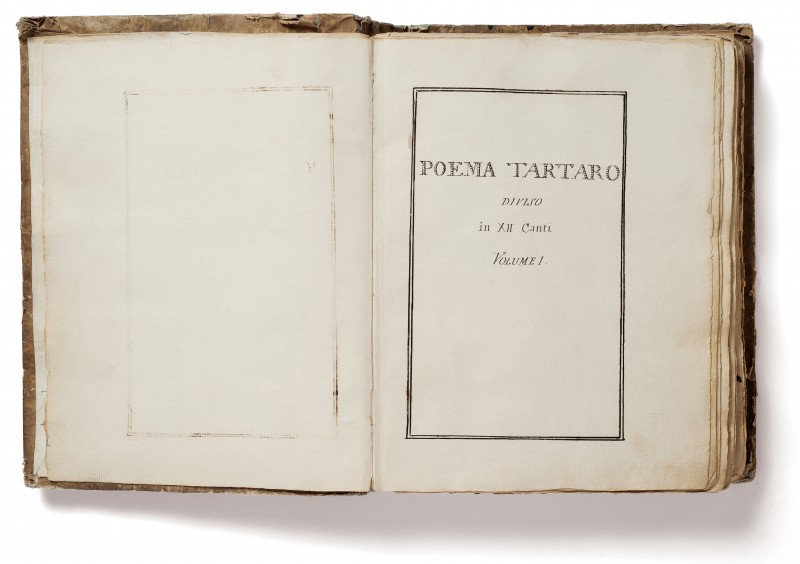 The poem was infamous at the time.  Byron was particularly taken with it, using sections for the Russian scenes in Don Juan.  A ‘second edition’ (i.e. the first in print, but entirely unauthorised) appeared in 1796: 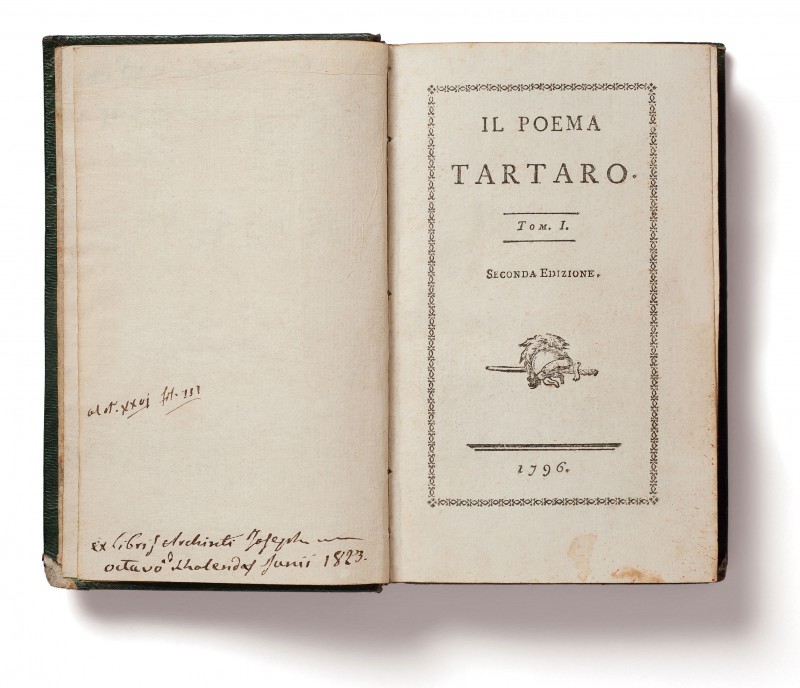 This is also now a rare book.