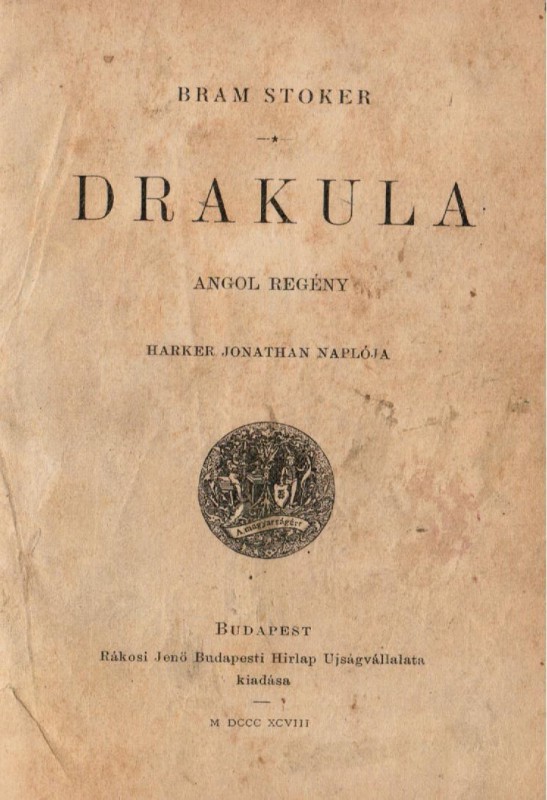 This was something of an exciting discovery: the first edition in Hungarian of Dracula (1897).  I knew it must be an early translation when I bought it, but it turns out it’s the first translation into any language and apparently hitherto unknown to scholarship.

The bibliography of Stoker’s seminal work of horror fiction is well served by the extensive website ‘All Things Dracula: a Bibliography of Editions, Reprints, Adaptations, and Translations of Dracula’, which lists over 100 translations in 29 different languages, stating ‘only two such editions, one in Icelandic [1901] and one in German [1908], appeared during Stoker’s lifetime …’.  The present translation, published only a year after the book’s initial appearance in London, shows that the book was already being read in Europe in the nineteenth century, with Hungarian, perhaps, a natural first choice, as Transylvania was then still part of Austria-Hungary.

The book is extremely rare: I was able to locate only one other copy, at the National Széchényi Library in Budapest.

Posted in
Previous: Love life Next: Joyce in Russia