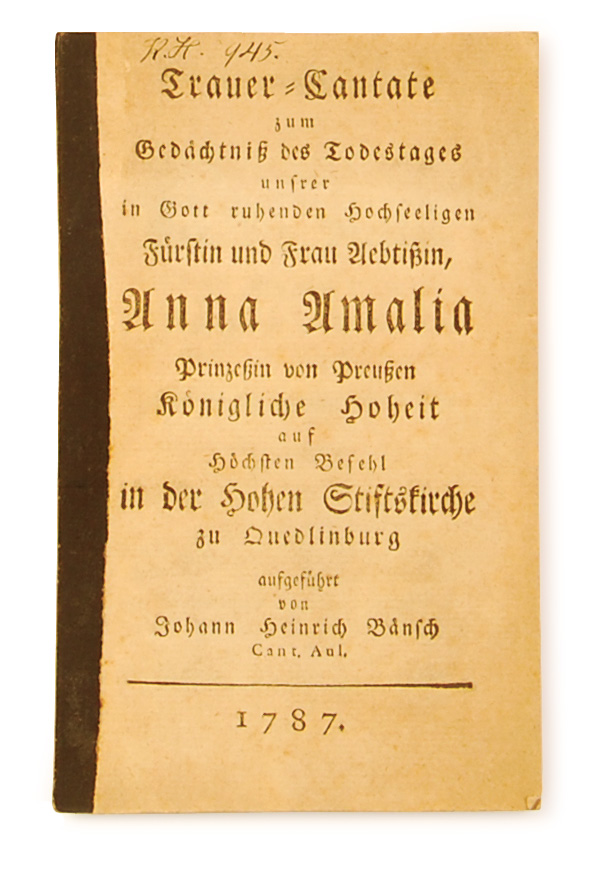 Princess.  Composer.  Book collector.  Anna Amalia of Prussia (1723­–1787), Frederick the Great’s younger sister, was all three.  She studied the keyboard and was an enthusiastic organist, and her musical soirées were attended by artists and intellegentsia from across Europe.  But ‘Amalia’s greatest significance to music lies in her musical library, a collection of incalculable value.  It is particularly rich in 18th-century music—that of J. S. Bach above all …  Amalia willed her library to the Joachimsthalschen Gymnasium in Berlin.  In 1914 the music was transferred on permanent loan to the Königliche Bibliothek [now Staatsbibliothek Berlin], remaining intact and under its own name there’ (New Grove). 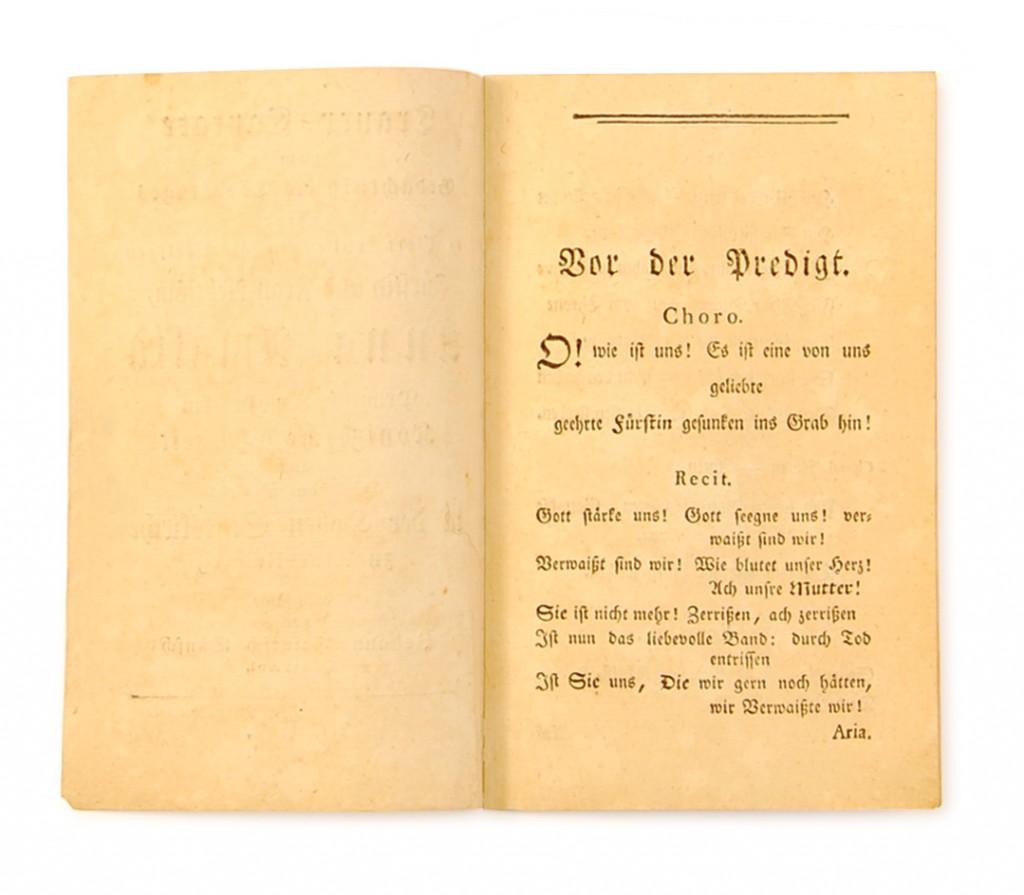 In 1755, Amalia had become abbess of the secularised convent of Quedlinburg, which afforded her a comfortable income and made few demands on her time.  The Harz town was evidently proud of its royal connections, and after Amalia’s death a bell was tolled for four weeks.  The Kantor at the Stiftskirche St Servatius, one J. H. Bänsch, had been appointed by Amalia herself, and presumably wrote the music for a mourning cantata.  This little booklet, of which I cannot find another copy, must have been handed out at the performance.  The black paper backstrip gives it an air of mourning.

Posted in
Previous: Rock in the USSR Next: Famous last words