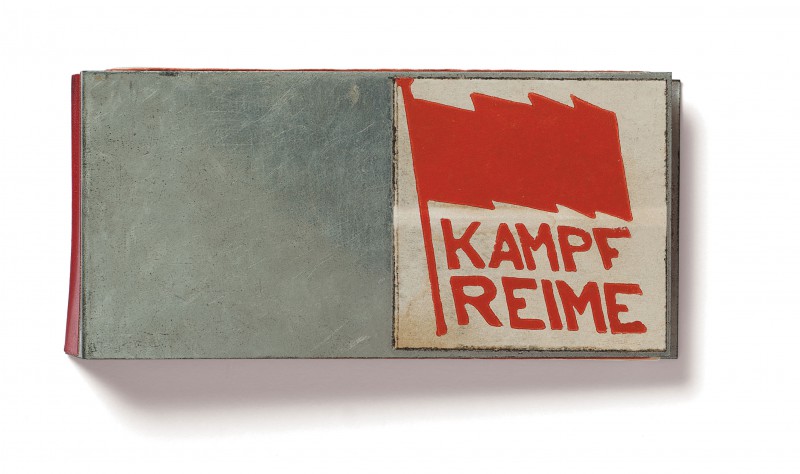 During the 1960s, Uwe Wandrey (b.1939) was involved with the group Hamburg Linksliterarisch and the APO (Extra-Parliamentary Opposition movement), opposing the Emergency Acts (Notstandgesetze) of 1968 and the Vietnam War.  He was also active as a political songwriter, founding his own publishing house, Quer-Verlag, to help support the cause.  This little book, Kampfreime (‘combat rhymes’), published in 1968 in a ‘handy combat edition [62 × 117 mm] fitted with sharp edges for the phase of revolutionary resistance’, comprises two-line slogans to be used at political protests, ‘for banners, walls, notice boards, fences, placards, flyers, wall newspapers, blackboards, and for chanting.’  The binding is equally ready for the revolution. 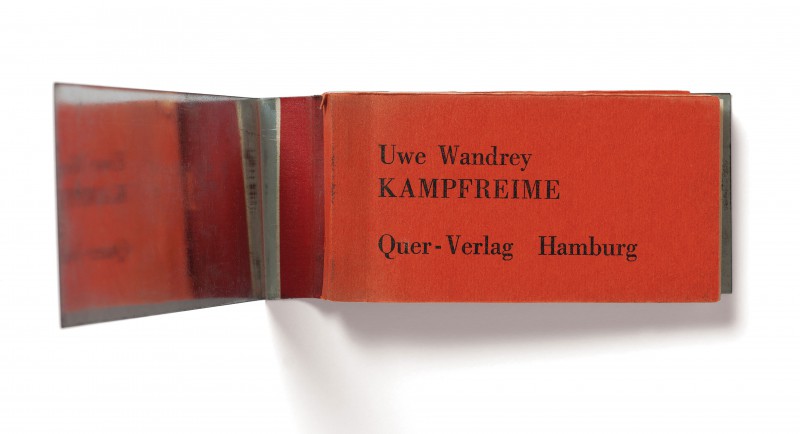 Posted in
Previous: Joyce in Russia Next: A fat lie