This year is the 125th anniversary of the first appearance of Three Men in a Boat, published by J. W. Arrowsmith in Bristol (who, three years later, was to bring out that other classic comic novel, George and Weedon Grossmith’s The Diary of a Nobody).  Although slated by some critics at the time, the book sold in huge numbers, leading Arrowsmith to comment: ‘I pay Jerome so much in royalties, I cannot imagine what becomes of all the copies of that book I issue.  I often think the public must eat them.’  It has never been out of print since.

A few years later and translations followed, one of the earliest being into Russian, in 1894. 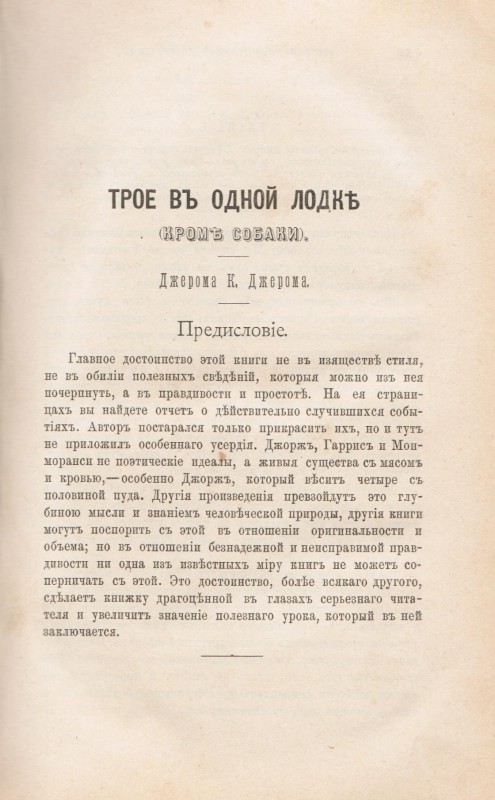 The first appearance in Russian of “Three Men in a Boat”, across seven monthly parts of “Vestnik Inostrannoi Literatury”, 1894.

Once the reading public has got the taste for something, the need must be fed.  That was certainly the case in Russia, where Jerome was insatiably devoured.  Jerome was himself involved in the process, liaising with his translator, Nadezhda Zharintsova, during her work. 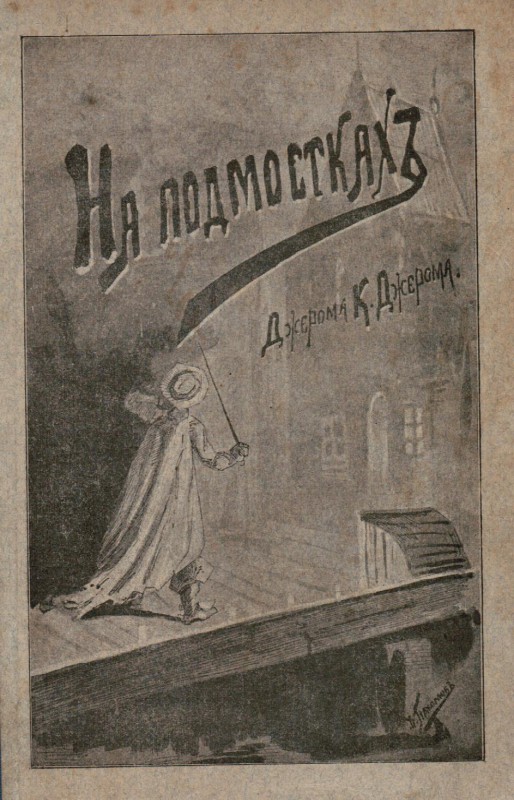 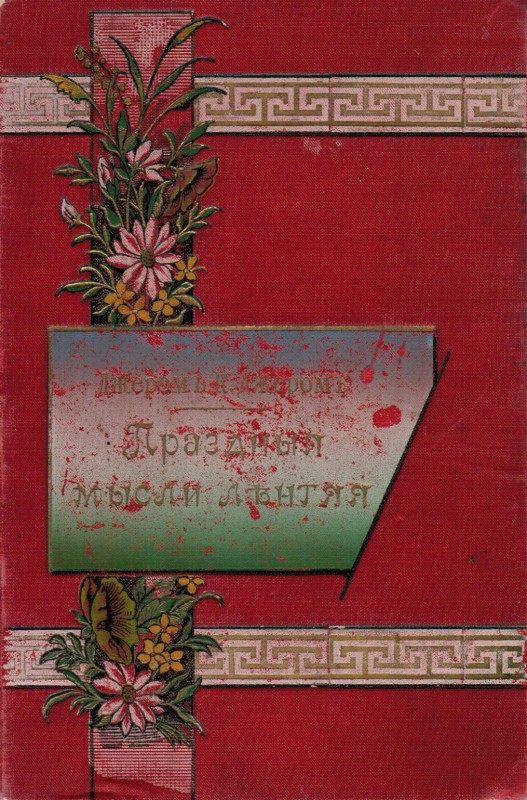 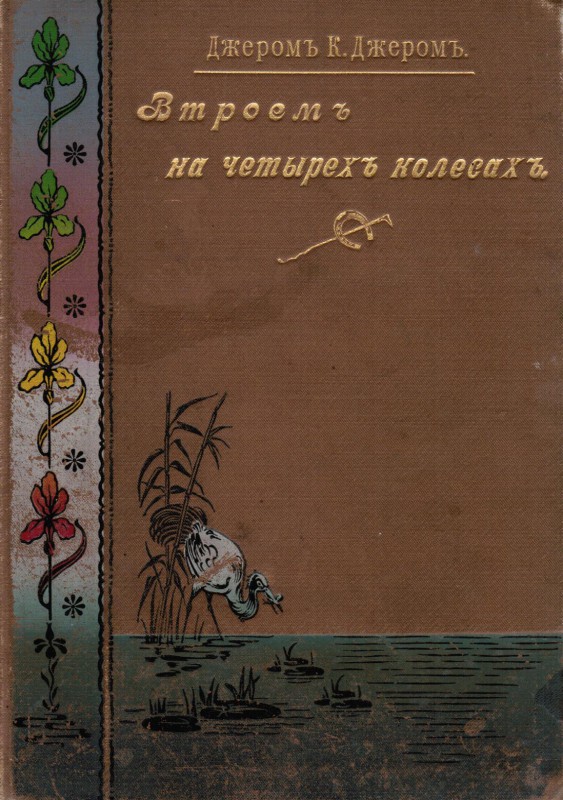 However, when it seen there is money to made from a book, others may try and cash in.  Following the success of Jerome’s works in Russia, unauthorised translations began to appear.  Not only that, other stories, not written by Jerome but passed off as his, appeared under his name.  By 1902, things had come to a head and Jerome wrote a letter to The Times entitled ‘Literary Piracy in Russia’:

‘The Germans have a proverb, “Let him who is hurt cry out.”  In the interests of international copyright I would that some English writer of more importance than myself were equally a sufferer by reason of the incomprehensible disinclination of the Russian Government to conform to the Berne Convention.  Failing a more potent voice, I venture to raise my own feeble plaint against the inhospitable treatment Russia metes out to the literary guests she herself invites to visit her.  For reasons the justification of which it is not for me to attempt, the Russian public, wooed by the admirable translations of my friend Mme. Jarintzoff, commenced some years ago to take an interest in my work.  Free as the literary temperament is supposed to be of vanity, I confess to some feeling of pride at the honour thus accorded to me.  Of late my gratification has been considerably marred, however, by my powerlessness to prevent the issue of unauthorized translations, which, I am assured by my Russian friends, are at the best garbled and incorrect, and at the worst more or less original concoctions, of the merits or demerits of which I am entirely innocent, but which, nevertheless, are sold labelled with my name …  I have no remedy.  I must rest passive, knowing myself to be misrepresented …  If an author be worth translating at all, he ought to be given the right to make certain that he is translated correctly.  This can only be done by giving him and his translator legal protection …’ (The Times, 8 July 1902).

Posted in
Previous: The unfortunate queen Next: Happy Birthday, Tolstoy!