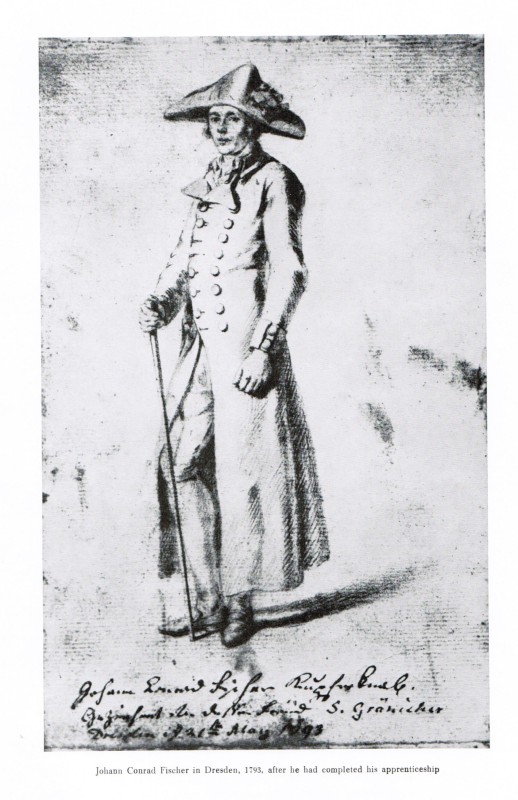 Just over hundred years ago, after the Napoleonic Wars had ended, a Swiss industrialist called Johann Conrad Fischer (1773–1854) decided to travel to England to see for himself how iron and steel were manufactured there.  His first visit (six weeks) took in London, Birmingham, Manchester, and Sheffield, and his diary offers precise details of the factories Fischer visited, and the people he met, among them Timothy Yeats-Brown (the friend of Foscolo, who shows the Swiss the ‘treasures of his valuable library’), James Watt, then 78 years old (‘Talking to such a man is alone worth a journey from London to Birmingham’), who provided Fischer with a number of letters of introduction, and the Wedgwood factory at Etruria.  ‘Under the influence of what he had seen and experienced in Britain, there now began for Fischer what was probably the most fruitful period of his activity as a steel manufacturer …  The extent to which the fame of his products had spread beyond the narrow frontiers of his home country, and the degree to which his experiments on the alloying of various metals had attracted the attention of the scientific world, are proved by a notice in the «Annalen der Physik and der physikalischen Chemie» of 1821 [which] describes Fischer’s cast steel factory … as one of the first ever to be set up, and as one of the most outstanding’ (Rudolf Gnade, The Metallurgist Johann Conrad Fischer, 1773–1854, and his Relations with Britain, pp. 23, 24). 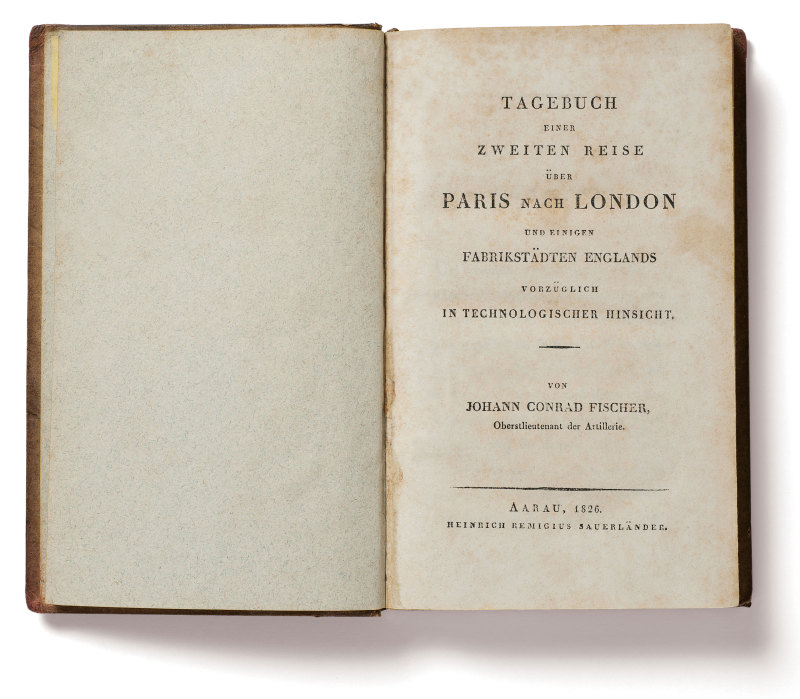 Fischer travelled to England again in the summer of 1825.  In London, he visited Michael Faraday to show him his ‘Meteor Steel’, ‘the hardness and elasticity of which caused considerable surprise to Faraday since it was possible to produce with equal success from the same steel both razor-blades and percussion springs’ (op. cit., p. 28).  He then proceeded to Oldham, Birmingham, and Sheffield, where he visited various factories.  ‘It was a matter of great gratification to Fischer that from all experts he received the best and very often most flattering opinions as to the quality of his steel …’ (op. cit., pp. 30–1).

As one might expect, Fischer’s accounts of his visits, published in Aarau in 1816 and 1826 respectively, are both quite scarce.