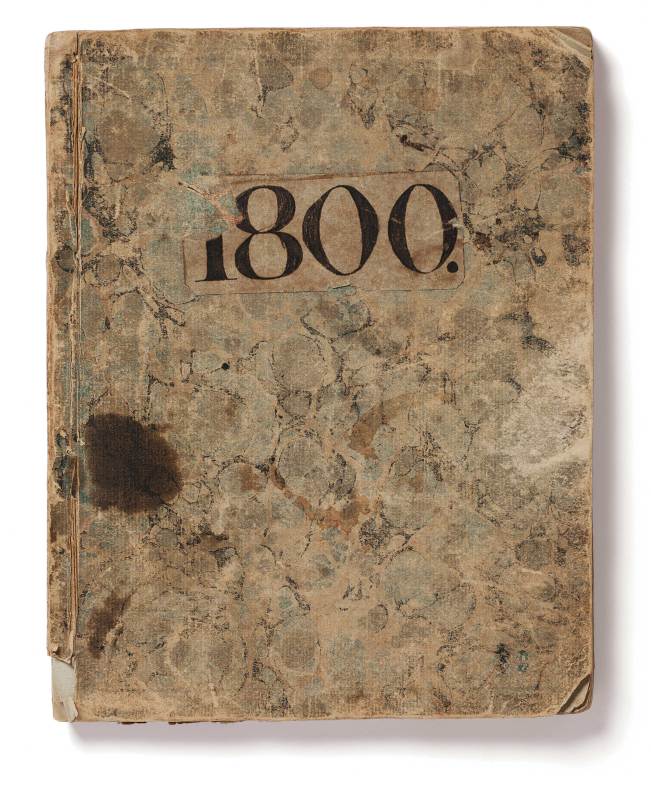 This volume is not an ordinary printed book, but a bound-up collection of 89 playbills, documenting a whole season in the life of the Theatre Royal, Manchester, 16 December 1799 – 24 November 1800.

‘The new season opened on December 16, 1799, with revivals of The Castle Spectre [by “Monk” Lewis] and Rosina [by Frances Brooke].  Three newcomers, Grant, Rowswall and Cross, were in the first piece and Miss Griffiths, destined to be a favourite in Manchester in the following years, appeared as Rosina.  The first performance of real interest was in February, when Sheridan’s latest success, Pizarro, was given in Manchester for the first time …  The Mercury, which rarely contained any notices of performances at this period, made an exception in its favour; finding it performed “in a very superior manner.  The scenery is superb, the dresses characteristically elegant, the processions and music conducted with the utmost precision and correctness; and the performers in general, particularly Mr. [Charles Mayne] Young and Mrs. [Sarah] Ward, exerted their talents to the greatest effect.  Every praise and encouragement is due to the managers for their spirited and liberal conduct in bringing forth so magnificent a performance”.  Another new play destined to become a stock favourite far and wide was [Thomas Morton’s] Speed the Plough which Mrs. Ward announced for her benefit [31 March 1800], although it had been produced at Covent Garden less than two months earlier. 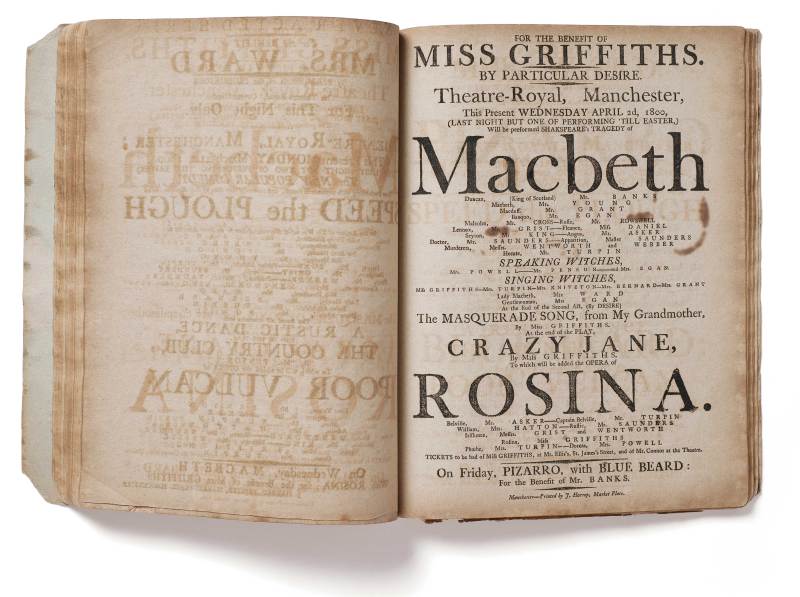 ‘Despite these outstanding items, all was not well.  It was not merely that an outbreak of pamphleteering had begun, notably in a publication called A Peep into the Theatre Royal, which the Monthly Mirror not unfairly dismissed as “vulgar and scurrilous”, the Monthly Mirror critic himself, in the issue for March, 1800, makes it clear that there are grounds for discontent.  The theatre, he tells us, had been very thinly attended.  “The town is dissatisfied with the company, which is by no means equal to what Manchester has been accustomed to, though we observe several names of respectability among the performers—Ward and Banks (the Managers), Young, Grist, Turpin, Penson, Mrs. Hatton, Mrs. Ward, Miss Griffiths, etc.” …  Before Whit, George Davies Harley came from Dublin for an engagement of three nights, during which he played Richard III, Shylock, and Iago …  It was then announced that John Banks had decided to retire from management, and that his place as Ward’s partner would be taken by Thomas Ludford Bellamy [who] had been on the professional stage only about three years’ (Pogson, The Early Manchester Theatre, pp. 155–6). 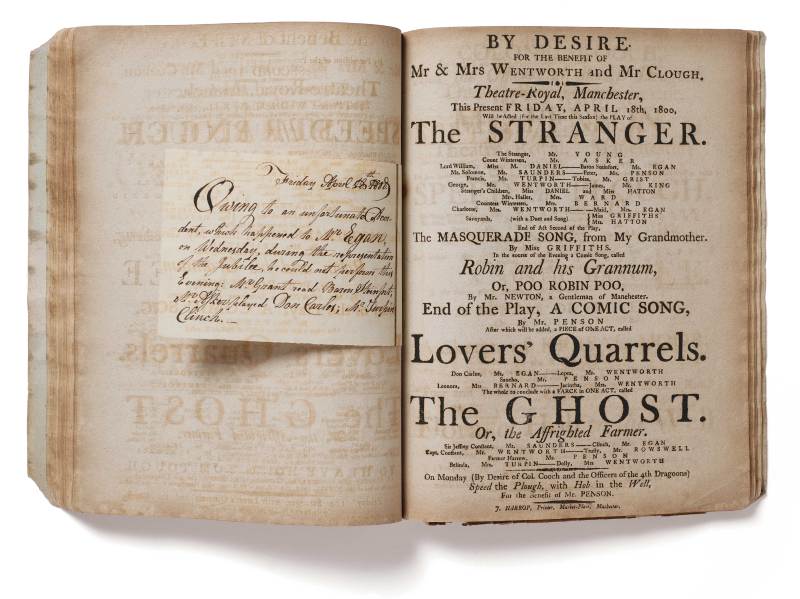 The collection was put together by James Watson, a local eccentric who kept a druggist’s shop—he was known as ‘the Doctor’—and, from 1803 onwards, produced The Townsman, a weekly publication which, according to the Monthly Mirror, ‘threatened destruction and annihilation to the managers, and their adherents, for not furnishing them with a company, or, in short, such a one as they could approve of’ (quoted in Pogson, p. 164).  Watson (1775–1820), a theatre fanatic, has had a couple of his manuscript notes on slips of paper, recording changes in the cast etc., bound into his book.  ‘He was one of those whose genius and ability are overclouded by a complete want of will-power.  Although possessed with a talent for the stage, which enabled him to take a lead in amateur theatricals and brought him into personal contact with many actors … and also some literary talent, as shown in his poems, published [posthumously] under the title of The Spirit of the Doctor [1820], his life was a complete failure.  Appointed librarian when the Portico was opened in 1806, he soon lost that position in consequence of his drinking habits and neglect of duty’ (Swindells, Manchester Streets and Manchester Men, Series I, quoted by Pogson, p. 180).

I am pleased to say that the volume has now been reunited with another of Watson’s bound collection of local playbills, for the 1803–4 season, at the John Rylands Library in Manchester.