The last couple of weeks have seen me in Germany and America, visiting book fairs, customers, and libraries.  I have always enjoyed the international nature of the book trade.  As regular readers of this blog will know, I have a particular interest in the cultural history of France, Germany, and Russia, especially in how these cultures interact with the anglophone world.  So it was a pleasant surprise to find the following, two weeks ago, in Frankfurt: 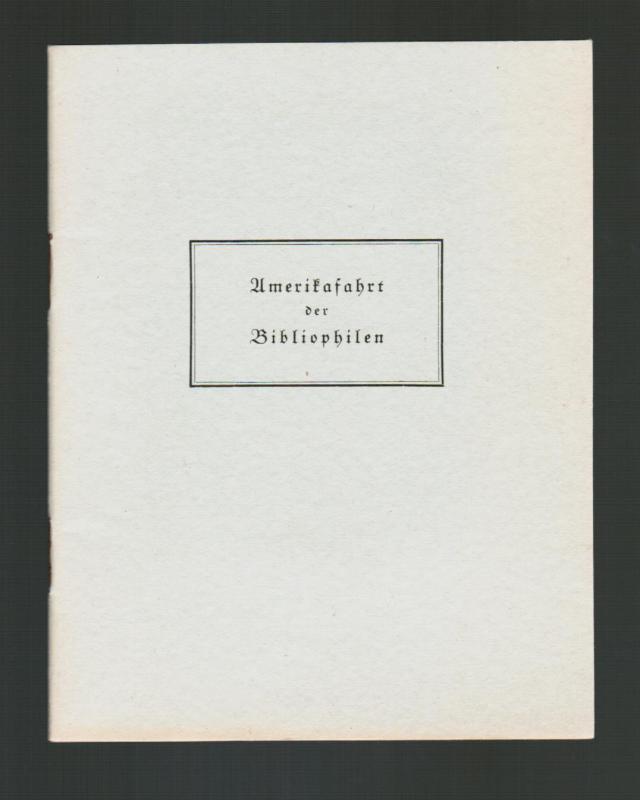 It’s a piece of promotional literature for an American tour for German bibliophiles, organised by the shipping company Norddeutscher Lloyd in Bremen, in October 1930.  The opening lines set the scene: ‘America: the land of limitless possibilities in the world of the book.  It has the greatest libraries in the world (public as well as private), the best-organised library system, the collectors with the most purchasing power, the most dynamic bibliophilic societies, and the greatest printers and bookbinders.’ 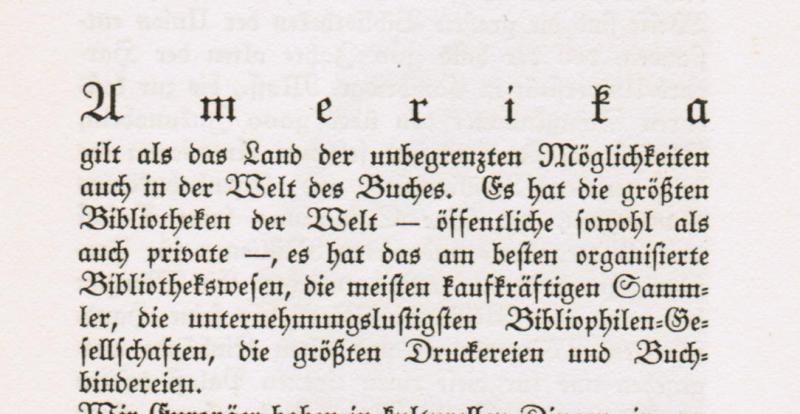 The tour was to set off from Bremen on 3 October, arriving in New York on the 9th.  There they were to spend three days visiting the New York Public Library, Columbia University Library, the Morgan , the Hispanic Society, the Jewish Theological Seminary Library, the Met, the Grolier Club, private libraries of great collectors (Pforzheimer, Folger etc.), the New York Times, the American Art Association, and booksellers such as Rosenbach, Lathrop Harper, and Gabriel Wells.  Next on the itinerary was New Jersey (Jenkinson Collection, Newark Public Library; typographic library at the American Typefounders Company, Jersey City), then up to Yale and on to Boston (Boston Public Library, Harvard).  19 October was to see them at Niagara Falls; 20–21 October in Washington (Mount Vernon, Library of Congress); 22 October in Philadelphia (Curtis Publishing Co., Fine Art Museum, College of Physicians, and Rosenbach), before travelling back up to New York for the final couple of days.  The price for the tour was 1990 Reichsmarks. 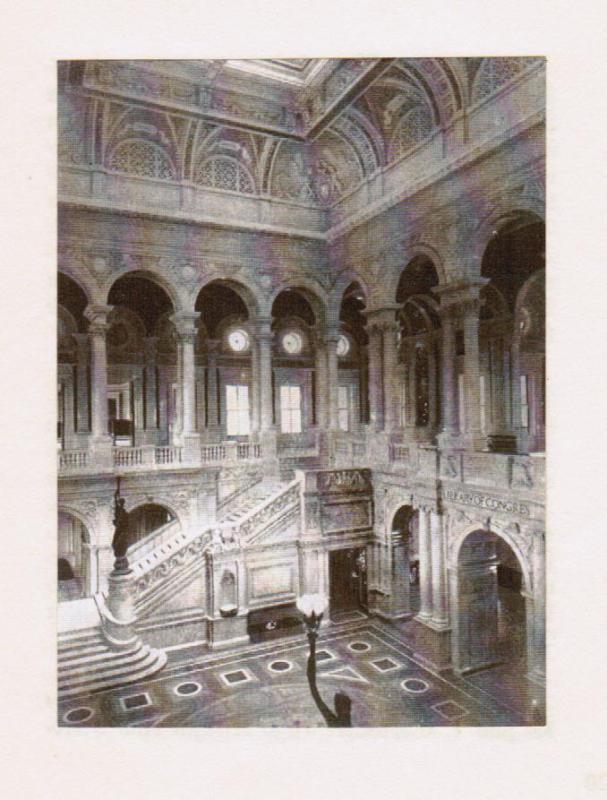 The bibliophiles are advised to take a warm coat, and to restrict themselves to one suitcase.  ‘The possession of firearms is punishable in the United States, likewise the possession or importation of alcoholic drinks and narcotics (cocaine, opium, etc.).  It is important to note that the importation of heron, bird-of-paradise and similar fancy feathers is prohibited…’ (p. 18).

Posted in
Previous: Dr Watson, theatre buff Next: Picture this