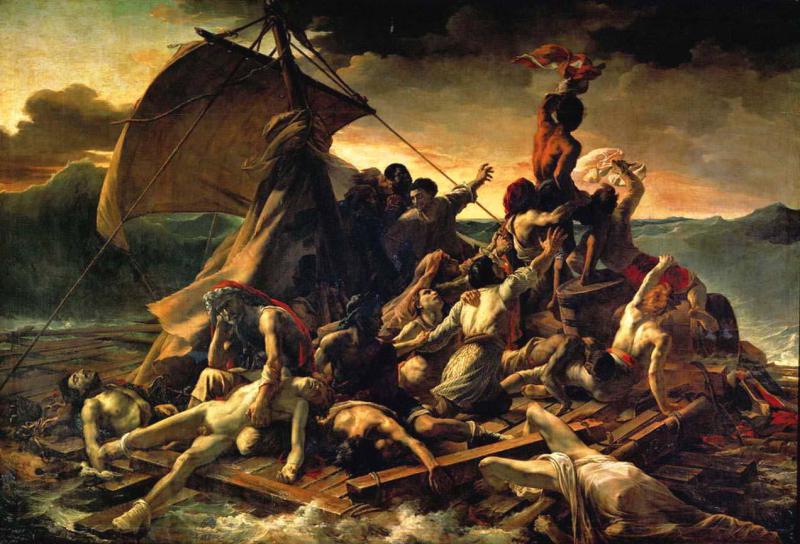 Théodore Géricault’s vast masterpiece Le Radeau de la Méduse (now at the Louvre) is, of course, based on fact.  But how did he find out about what happened on that ill-fated voyage?  Answer: he read a book.  The book he read, written by two of the shipwreck’s survivors, Jean-Baptiste Savigny (the ship’s surgeon) and Alexandre Corréard (a geographer travelling to Africa), was this: 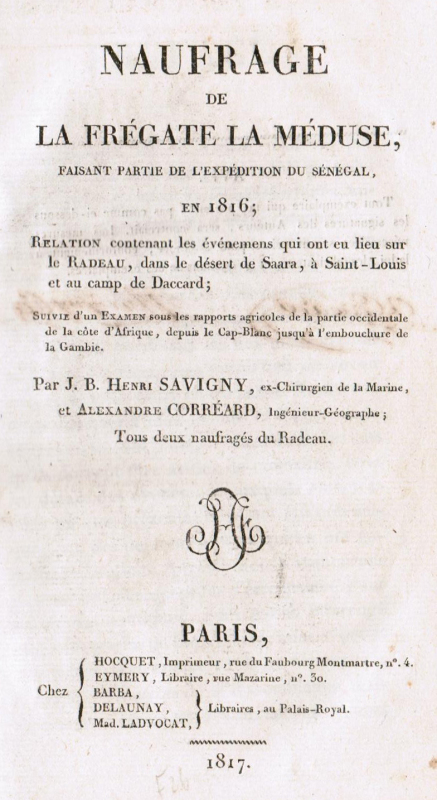 In it, they tell how La Méduse—a forty-gun frigate of the French Navy—was en route to Senegal when disaster struck.  They describe how a series of mistakes by captain and crew led to ship-wide efforts to prevent her running aground on a reef.  These were unsuccessful, and the lifeboats being too few, a makeshift raft was deployed to carry some 147 passengers to shore.  Not far into their journey, beset by poor weather, the flotilla comprising life boats and raft disintegrated, and the raft was cast adrift without navigational equipment and with limited supplies.  Two weeks of horror ensued.  The raft was nightly battered by gales, which saw people swept overboard and led groups of the passengers to ignore rationing in the face of what seemed like imminent death.  At least two separate mutinies occurred, each exacting a high death toll, and several passengers embraced the shark-infested waters in despair.  The survivors turned increasingly to cannibalism as well as turning overboard the sick and injured in an effort to conserve resources.  By the time of the raft’s eventual rescue they numbered just fifteen.

The authors describe their rescue in terms of religious deliverance, and their story was an immediate sensation.  Inspired by the tale, Géricault began work on a huge canvas which would become his evocative depiction of tempestuous seas and humanity cast adrift.  The painting, now famous as a work of extreme pathos, contrasts strikingly with Corréard’s technically precise frontispiece illustration of the raft: 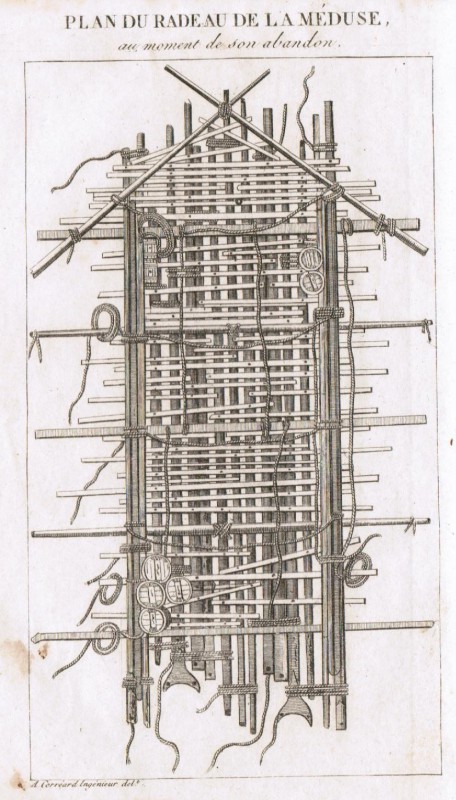 The work ran to several editions, and was widely translated.  To fight against illegal copies circulating, the book is signed by both authors: 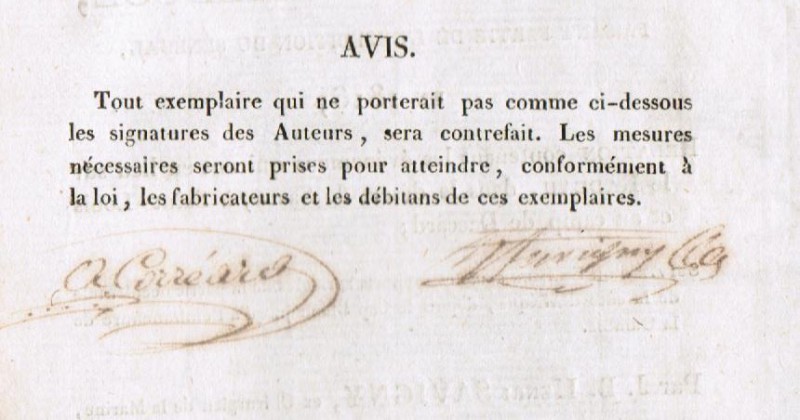 Even now, the episode continues to fascinate and inspire: Julian Barnes devotes one of his ‘10½ Chapters’ to the shipwreck of the Medusa, as a reflection the zenith and nadir which combine in human survival (A History of the World in 10½ Chapters, 1989).

Posted in
Previous: After the Wall Next: Far from Thanksgiving