Ever since my university days, when I studied German and Russian, I’ve been interested in connections between the German- and Russian-speaking worlds.  So it was a particularly nice surprise when I came across this book recently: 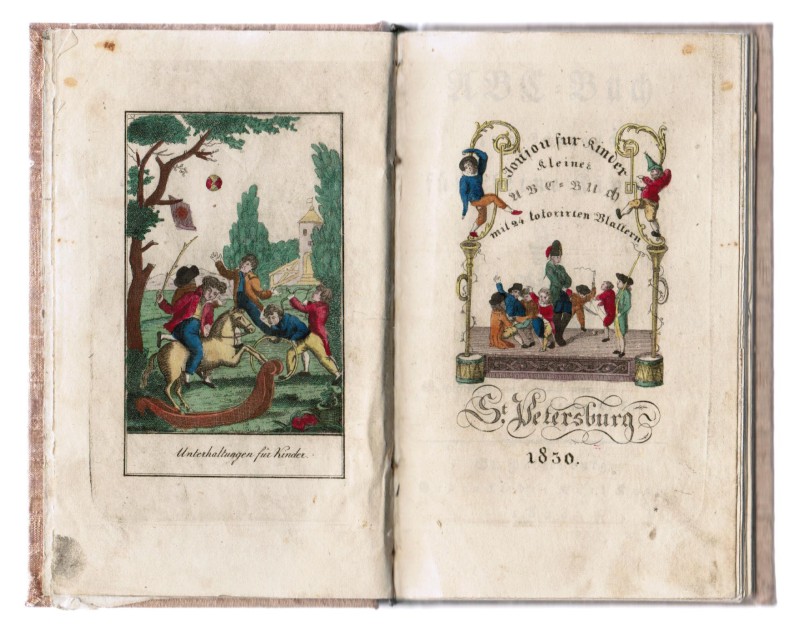 You can just make out in the picture that a new engraved title-page has been pasted over an earlier letterpress one, which reads ABC-Buch zum Gebrauch für kleine Kinder (St Petersburg, Karl Kray, 1828).  Just the kind of bibliographical puzzle I like.

The book itself provides the basics for German-speaking children to learn three alphabets: Fraktur, in both printed and handwritten versions, and Roman letters.  Example texts are provided in all three forms, before a section of fables for more practice.  This is followed by a charming series of 24 coloured engravings, one for each letter of the alphabet (with the exception of X and Y, as these are so rarely used at the beginning of German words).  Each image shows various objects or activities which begin with that letter, for example the first engraving, ‘A’, depicts Aal, Affe, Anker, angeln (eel, monkey, anchor, fishing) etc. 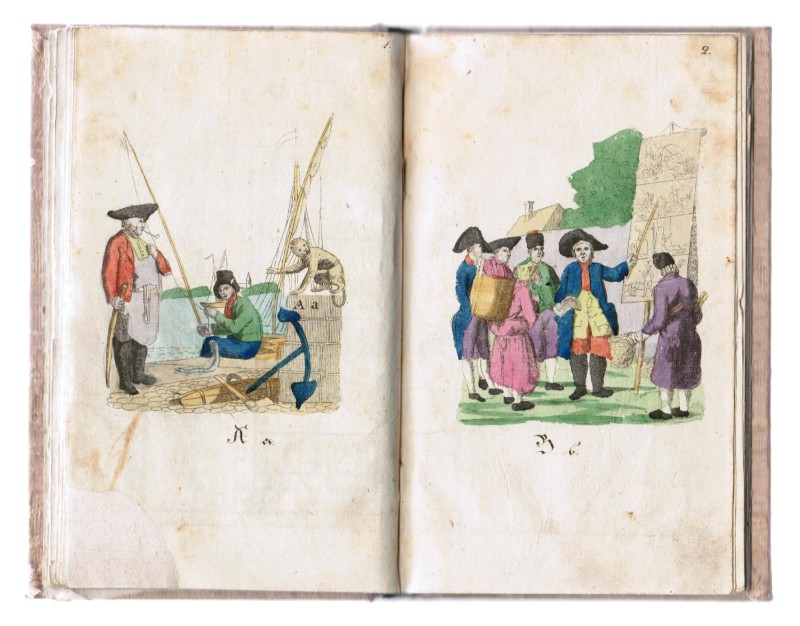 To return to the puzzle: is this the first edition of the book (something we booksellers are always keen to discover)?  The answer, put simply, is I just don’t know.  The book, in either form (letterpress or engraved title-page) is extremely rare: it is not listed in Gisela Teistler’s exhaustive Fibel-Findbuch (2003), the standard bibliography for German ABC books, and it is not listed in any of the usual online library databases.  Whatever its publishing history, it has survived.  And it is rather lovely.

Posted in
Previous: San Francisco on the Soviet stage Next: Scottish Gothic