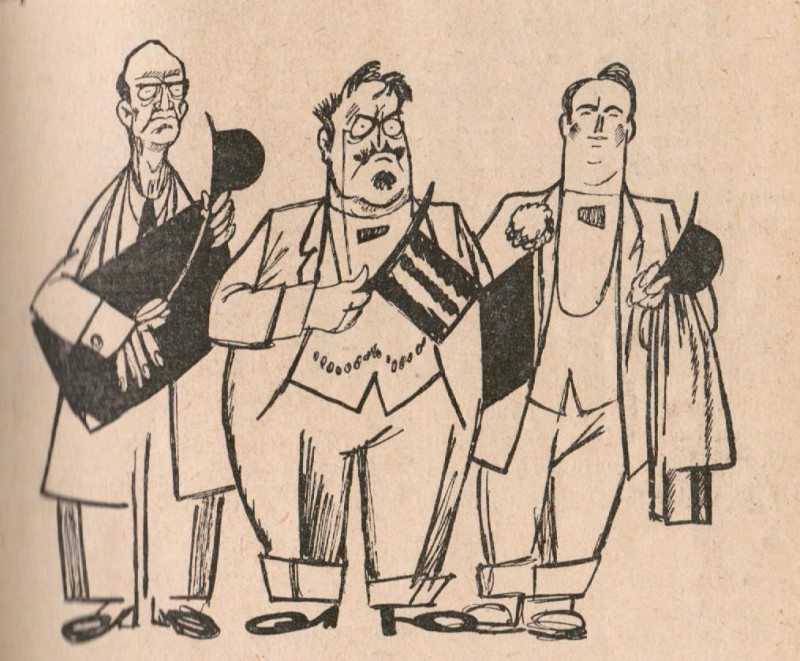 ‘Upton Sinclair seems to have been made to order for Russian readers in the early years of the Soviet regime.  Always topical and sharply provocative, he labored to expose the seamy side of American life, constantly hammering away at moral, social, economic, and political evil.  Ever sympathetic toward the underprivileged, and perpetually shocked by social injustice, he made his writing a fervent protest against America’s inadequacies’ (Deming Brown, Soviet Attitudes toward American Writing, p. 202).

The image at the head of this post comes from this book, a large-format (262 × 173 mm) illustrated edition of Sinclair’s Jimmie Higgins, published in Moscow in 1922: 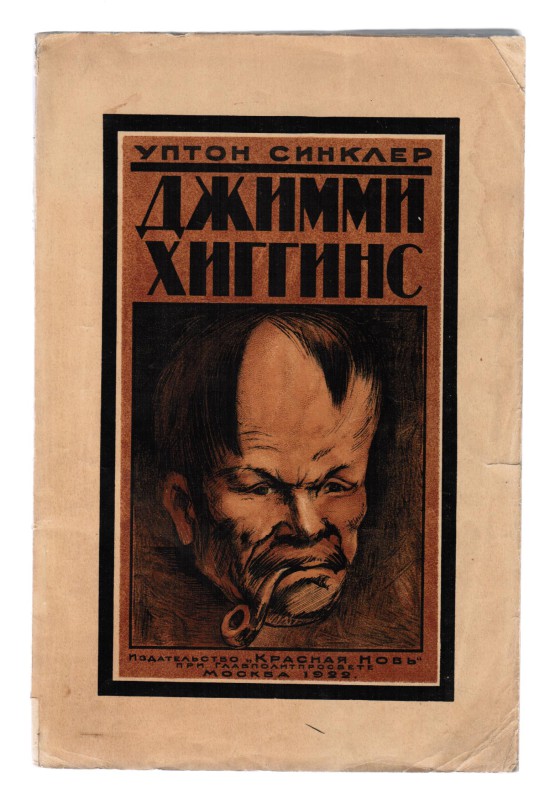 The translation was originally published the previous year in Petrograd by Gosizdat.  The translator, Mikhail Diakonov (1885–1938), a member of the Soviet trade delegation to Norway in the 1920s, also translated Thackeray, and was the author of a number of popular travel books on the Arctic.  In 1938, he was arrested for espionage and shot, to be rehabilitated in 1956.

But what makes this edition special is the illustrations Mikhail Cheremnykh (1890–1962), which appear here for the first time: energetic line drawings in the text itself … 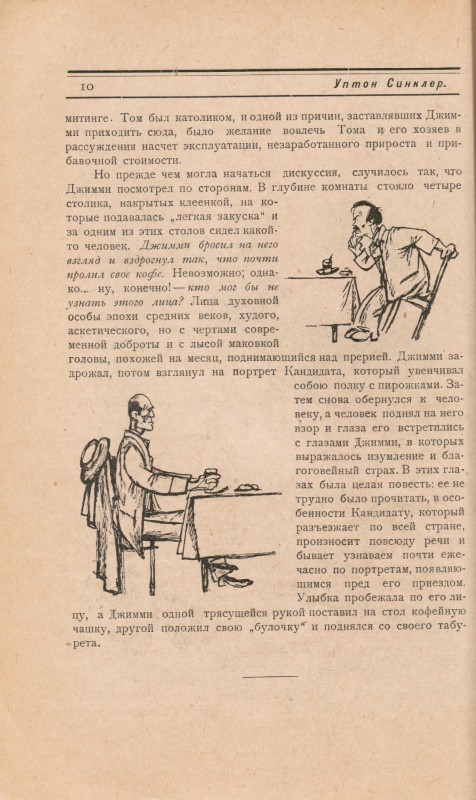 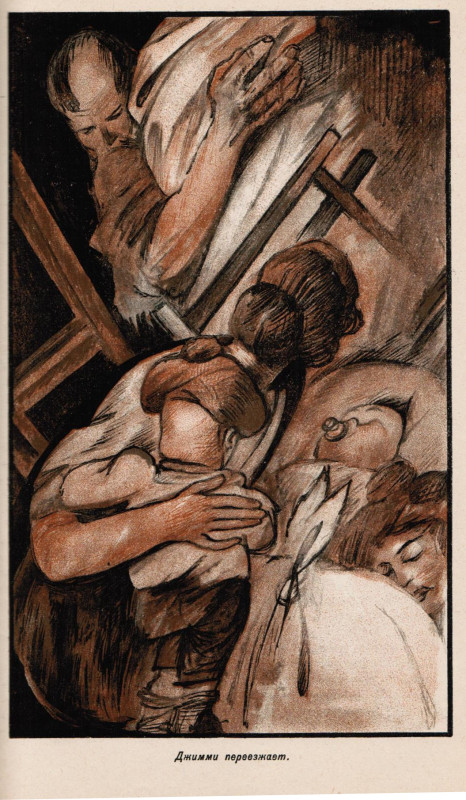 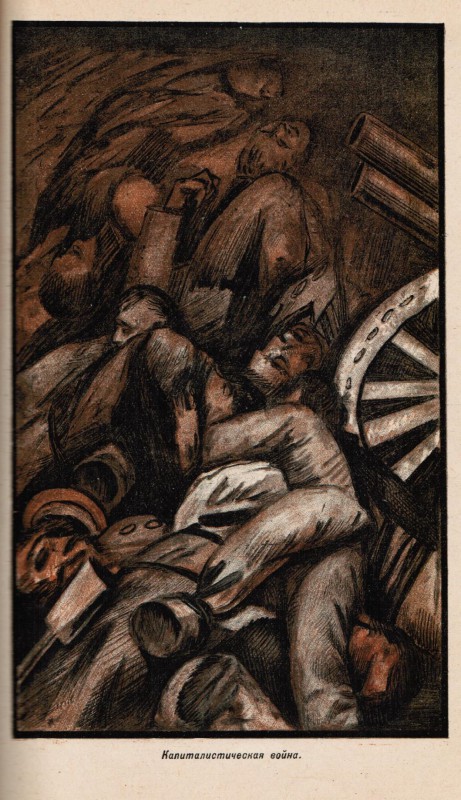 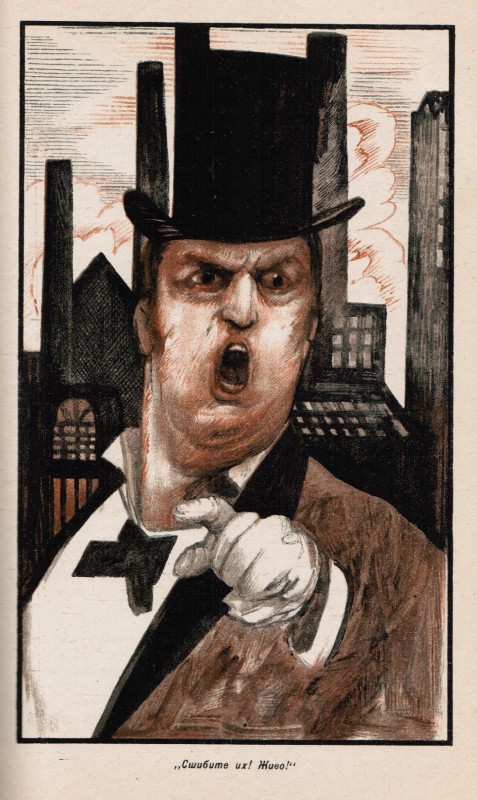 Jimmie Higgins (1919) ‘was published in no less than nineteen Soviet editions [and] was the first [novel] by an American to express sympathy for the Bolsheviks.  It was so popular that it was made into a Russian film, and as late as 1939 one critic warmly recalled that “in the days when fourteen capitalist powers fell upon the young Soviet republic, Upton Sinclair created the figure of Jimmie Higgins, brave little Jimmie, who died for the cause of the international working class”’ (Brown, p. 204).

Posted in
Previous: Scottish Gothic Next: A Scot in Russia