The German diplomat, Orientalist, and historian Max von Oppenheim (1860–1946) had published a memorandum as early as 1914 on ‘revolutionizing the Islamic territories of our enemies’ during the First World War, i.e. trying to persuade religious leaders in the Muslim world to call for a Holy War against colonial powers such as Britain and France.  Allied to this was a campaign to try and radicalise Muslim prisoners of war (a mosque was even erected in one camp, Wünsdorf, the first ever built in Germany) through printed matter, such as this camp newspaper, El Dschihad: 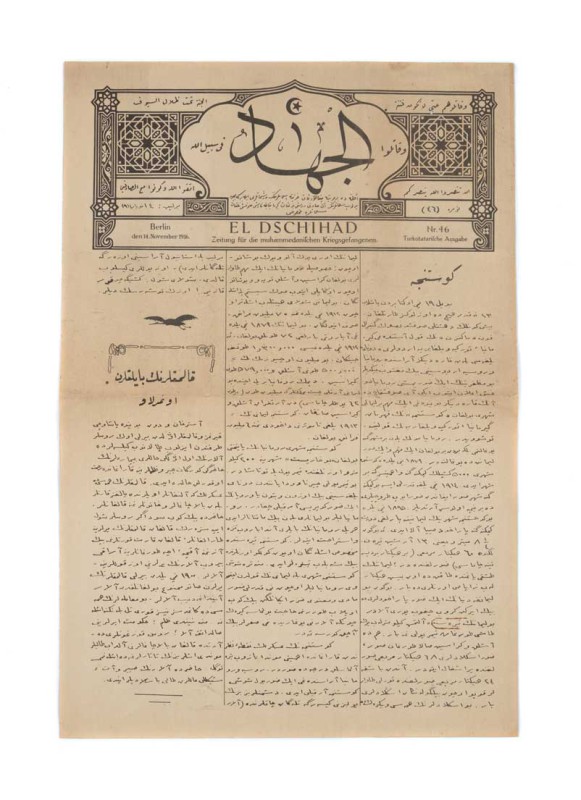 This is just one of the items I shall be exhibiting next week at the New York Antiquarian Book Fair.

Posted in
Previous: Letters from America Next: A theatrical retirement