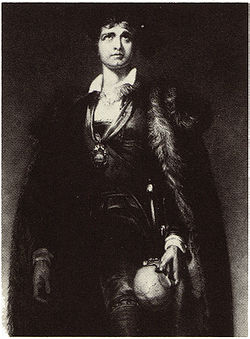 When the great Shakespearean actor, John Philip Kemble (1757–1823), retired from the stage in 1817, aged 60, he was showered with gifts and accolades, and dinners were given in his honour.  His farewell performance as Coriolanus had been met with a rapturous standing ovation; The Morning Post reported ‘the repeated shouts of cheering from all parts of the house were ardent and ecstatic beyond anything of its kind perhaps ever witnessed’.

His retirement banquet, held at the Freemasons Tavern on Great Queen Street, on Friday 27 June 1817, was ‘a singular honour, even Garrick had nothing comparable’ (Kelly, The Kemble Era, p. 201).  Lord Holland and the Duke of Bedford presided over the event, which was very well attended by over three hundred guests ‘drawn from the highest reaches of rank and talent’. 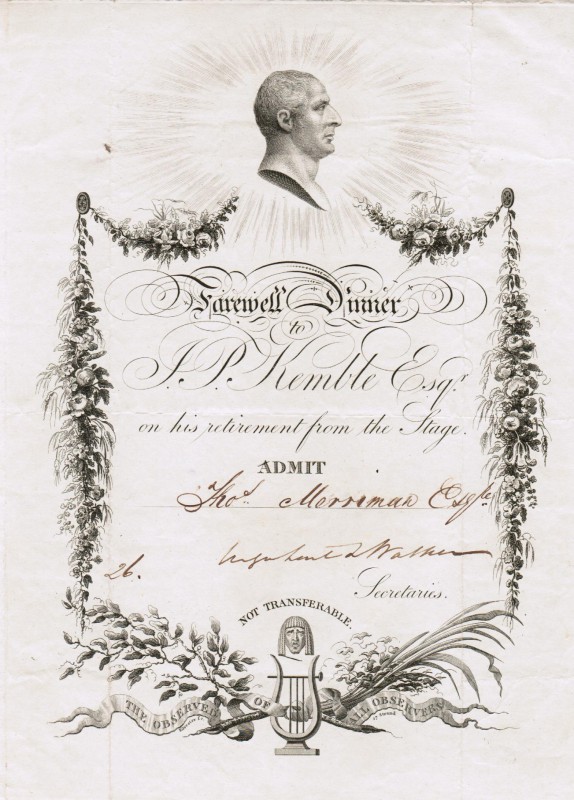 ‘The evening went off swimmingly.  A silver medal presented to Kemble bore on one side a classically austere profile of the actor, on the other the legend, “Thou last of all the Romans fare thee well.”  Speeches and toasts flowed together.  An ode which Thomas Campbell had written for the occasion was vastly admired …  [The French actor François-Joseph] Talma, who praised his illustrious colleague “in a clear and powerful voice, with great boldness of utterance, and much vehemence of action,” was impressed no end by the proceedings.  Back home he wrote an account of the evening and of “le premier acteur du théâtre anglais, aussi justement chéri pour son noble caractère que pour ses rares talents.”  Kemble’s farewell, everyone agreed, was a splendid one’ (Baker, John Philip Kemble, p. 341).

Posted in
Previous: Radicalisation as official government policy Next: The Human Slaughter-House