‘We’re only charging machines.  And the machine triumphs into our flesh.  And the machine drinks the blood from our veins, guzzling it by the bucketload.’  These lines come from the extraordinary novella Das Menschenschlachthaus by Wilhelm Lamszus (1881–1965), which I read recently. 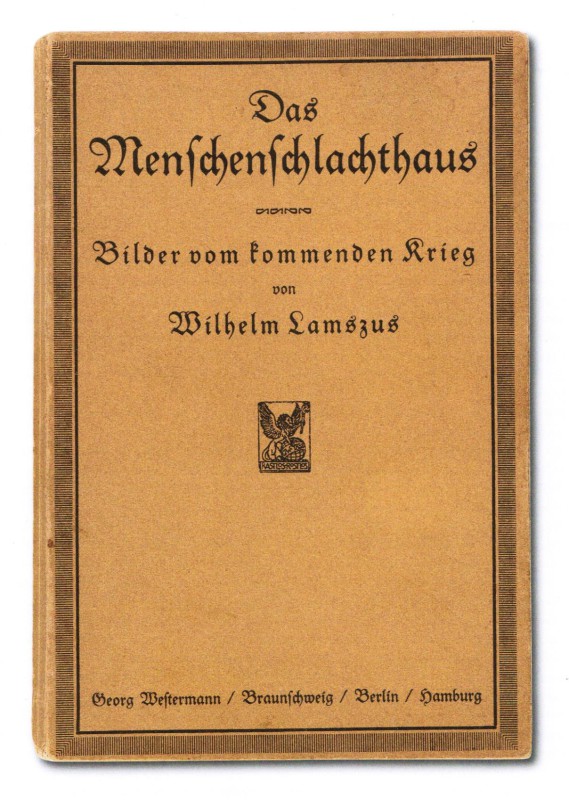 I’ll admit I’d never heard of it until I saw it among the items in the DHM’s First World War exhibition.  Published in 1912, it uncannily predicts the mechanised nature of war which was to come.  Though perhaps forgotten now, over a century later, at the time it sold 100,000 copies in three months, was translated into eight different languages, and was then banned in Germany in 1915.  The dust-jacket for the first American edition (New York, 1913) sums it up for us: 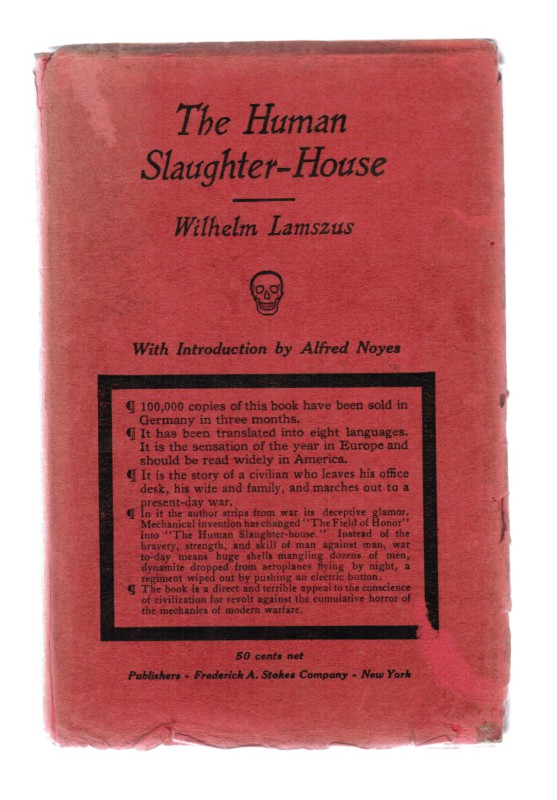 Posted in
Previous: A theatrical retirement Next: Sherwood the Faithful