In my last post before the London International Antiquarian Book Fair next week, I want to share a rather delightful Victorian children’s game, which using rebuses (see my earlier post for something similar from the eighteenth century) and fractions to help teach the cities of the world: 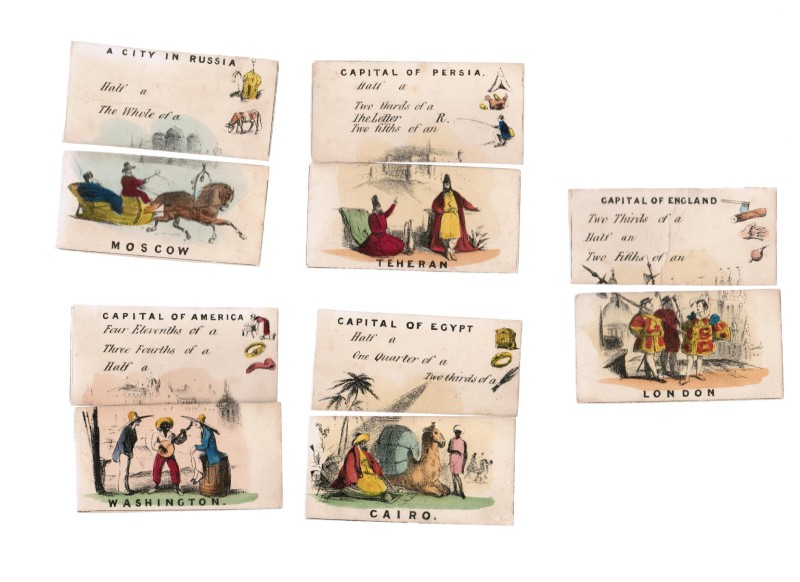 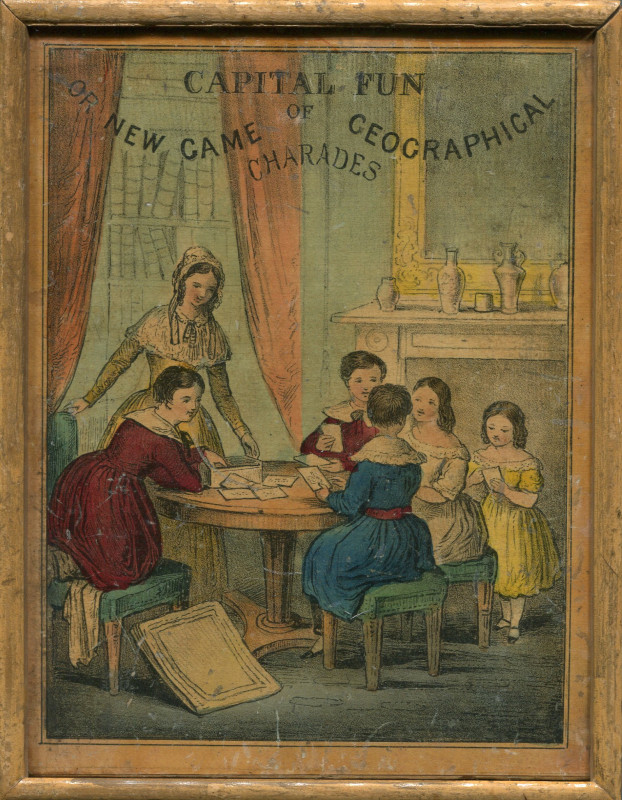 We all look forward to some ‘capital fun’ at Olympia next week!

Posted in
Previous: The King was an hors d'œuvre Next: A Great Flood for the millionaires?