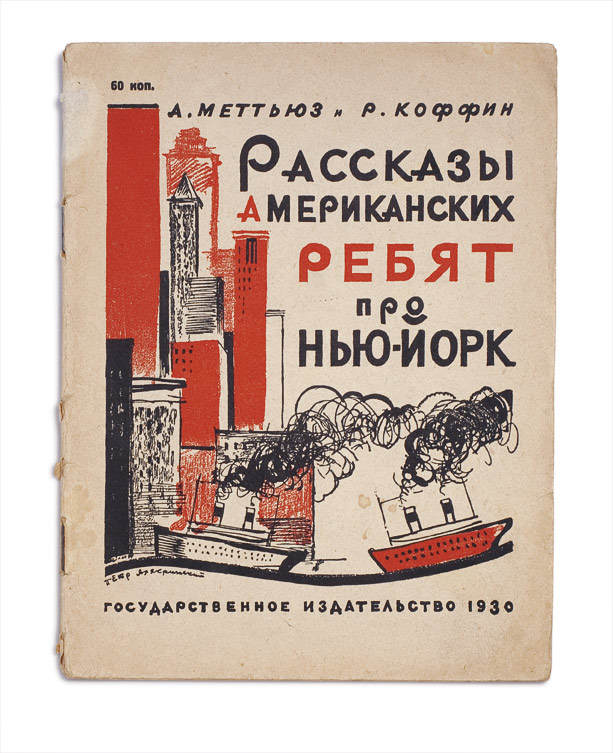 As I’m in New York this week, I thought I’d post a suitable book: the first edition in Russian of City Stories told by City Children as they go exploring New York (1928), ‘told from time to time to Miss [Florence E.] Matthews by her seven-year-olds at the Lincoln School’.  The talented young translator, Mikhail Gershenzon (1900–1942), also translated the Uncle Remus stories, Robin Hood, and Washington Irving into Russian. 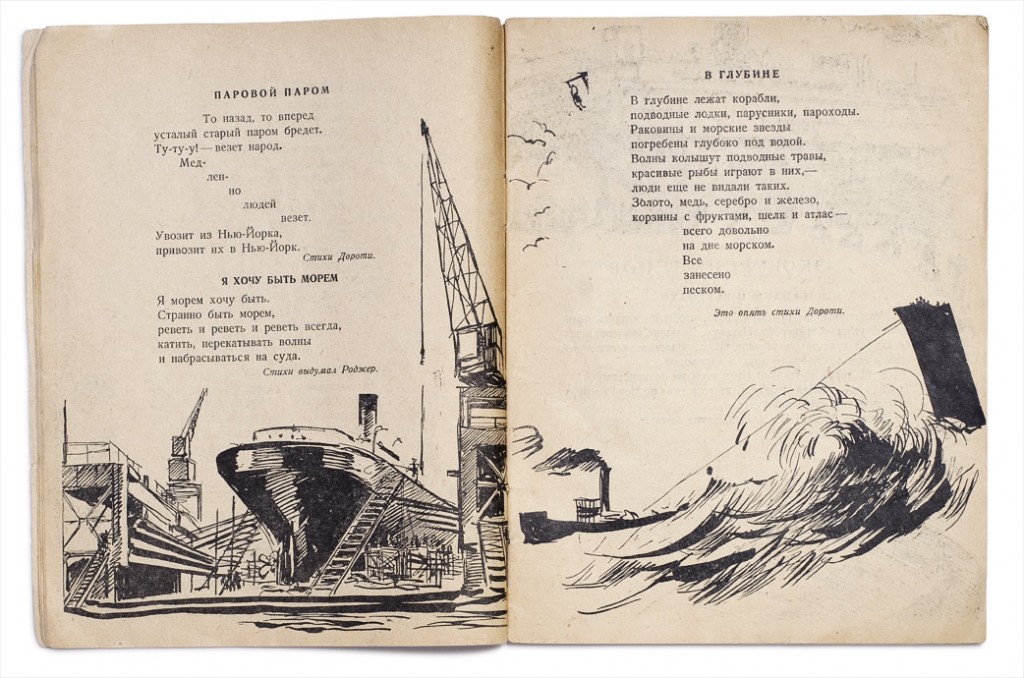 I love Pyotr Alyarkrinsky’s illustrations.  But what particularly attracted me by the book was the fact that these stories, written by New York children, were then also read by their Soviet peers.  How different the lives of those children turned out. 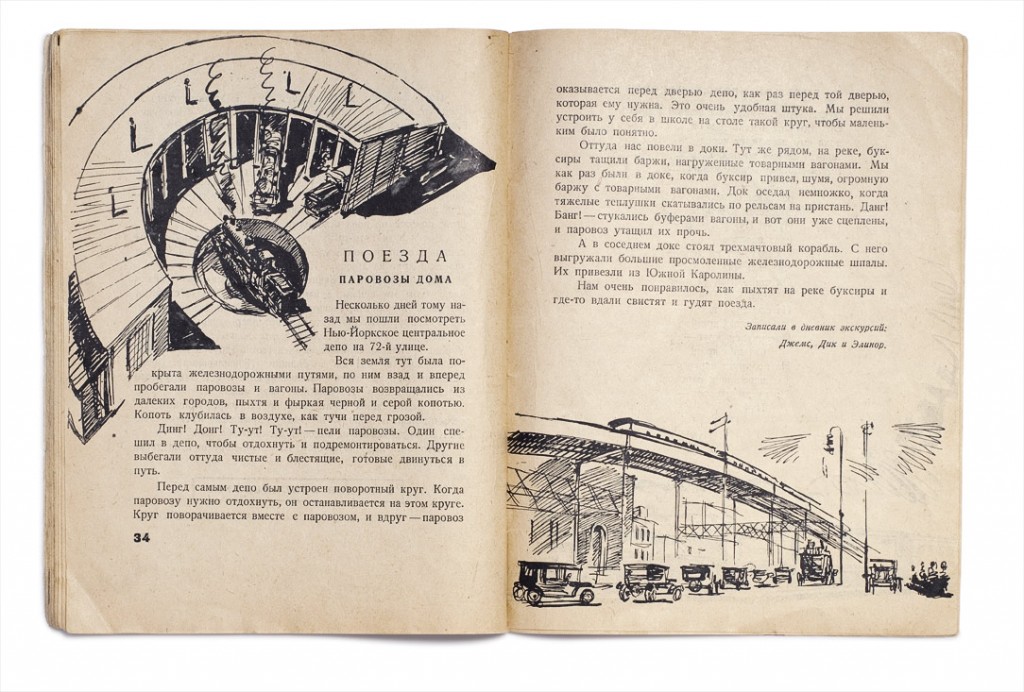 Posted in
Previous: Listen to this Next: Knife crime