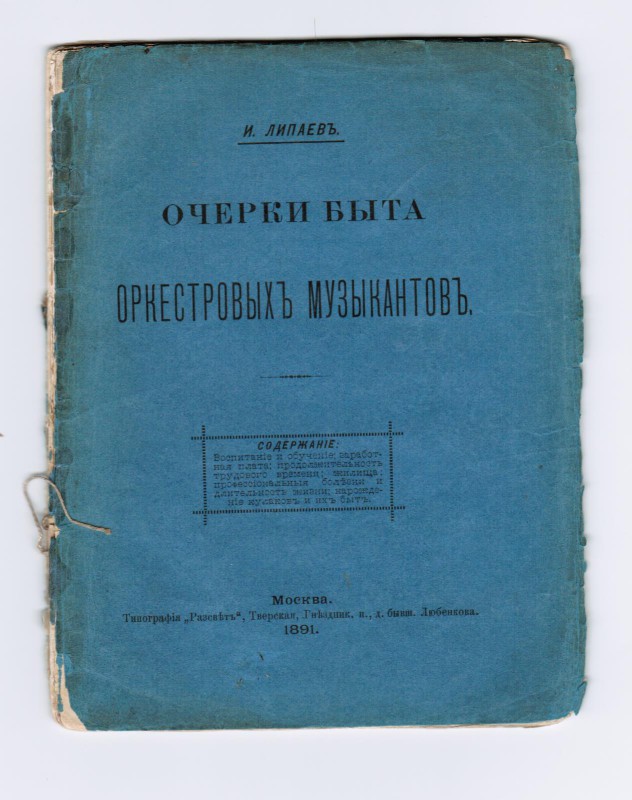 This little book may not look much, but it turned out to be a fascinating read.  Entitled Sketches of the life of orchestral musicians, it’s the first edition of an early work by Ivan Lipaev (1865–1942), for many years a trombonist with the Bolshoi Orchestra in Moscow, and professor of music at the conservatoire in Saratov, 1917–21.  He also worked as a music journalist, and published popular biographies of Rachmaninov and Scriabin, and a memoir of Tchaikovsky. 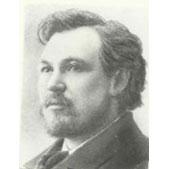 Here he offers a behind-the-scenes glimpse into the working life of orchestral musicians in pre-Revolutionary Russia: their background, education, hours, pay, occupational hazards, etc.  Due to poor working conditions, and the cold of a Russian winter, illness is not uncommon.  The performers resort to wearing fur coats, and trying to warm their hands over a brazier, or even the footlights, before playing, but still often suffer from head colds, rheumatism, fever, sore throats, bronchitis, as well as haemorrhoids through sitting for long periods.  Brass players can be affected by verdigris on their instruments; emphysema, or even consumption, can be prevalent among them.  String players suffer from paralysis of the fingers, cellists are prone to rickets, and double bass players to oedema and swelling of the legs from standing for whole operas and ballets.  ‘The general period of mortality for musicians is between 24–38–40 years, rarely reaching 55–60’ (p. 28).

Posted in
Previous: Russian literature for the Western market Next: In memory of Peter the Great