Oh, the Grand Old Duke of York,
He had ten thousand men;
He marched them up to the top of the hill,
And he marched them down again.

Today is National Poetry Day here in the UK.  The Grand Old Duke of York must be a poem known to pretty much everyone in the country, and recently I came to revisit the nursery rhyme when the following book came in: 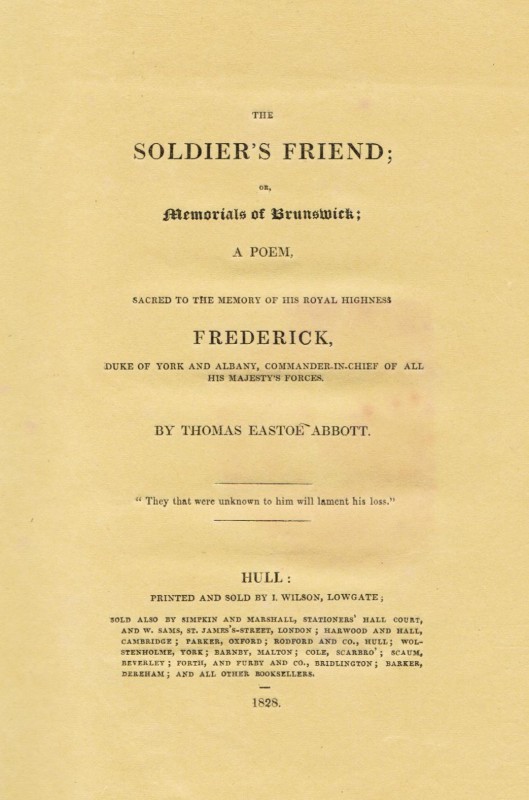 It’s another poem about the Duke, published in Hull in 1828.  It’s a rousing poem on military themes, and the triumphs and tragedies of the royal family, which eulogises Prince Frederick, Duke of York (1763–1827; the second son of George III) and his public works, such as the Royal Military Asylum in Chelsea (now The Duke of York’s Royal Military School), founded by the Duke to educate the children of non-commissioned officers and soldiers.

The Duke’s immediate posthumous reputation was largely dogged by the financial troubles that beset him in life, but his conduct as commander-in-chief had considerable influence on the history of the British army.  He supported the commanders’ efforts to revive military spirit, looked after the soldiers and their comforts, and did much to eradicate political jobbery and systematic corruption in military appointments.  Nevertheless, despite these contributions, ‘the Duke is now chiefly remembered in the public mind as a man who marched his army up and down a hill and ran it as a commercial proposition’ (Oxford DNB).

As you’ll have seen from the first image, the poem is printed on yellow paper.  The book has been inscribed by the author, Thomas Eastoe Abbott (1786–1854), to the Marquis of Londonderry, with a note that only six copies were thus printed on coloured paper.  It’s also what’s known as a large paper copy, i.e. ‘one of a (usually small) number of copies printed on a larger size of sheet than the main bulk of the edition’ (Carter’s ABC for Book Collectors).  You can see the difference in size here (274 × 216 mm as opposed to 213 × 126 mm), as I also have an ordinary copy of the book: 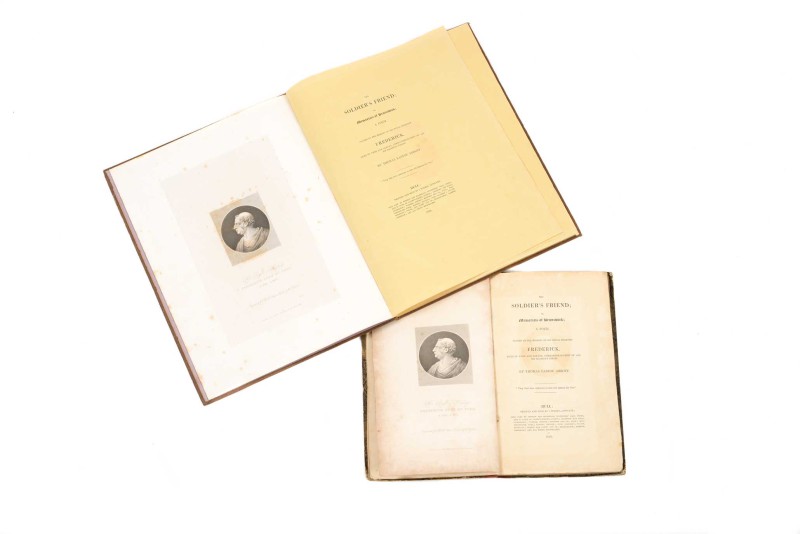 Posted in
Previous: Your future on the cards Next: The first English-speaking black writer to gain a European readership?