As it’s Black History Month, I thought I’d share this, the rare first edition in German of The Interesting Narrative of the Life of Olaudah Equiano or Gustavus Vassa, the African (1789), a foundation text of black literature which, in its original English version, is still in print: ‘a work of enduring literary and historical value’ (Penguin Classics). 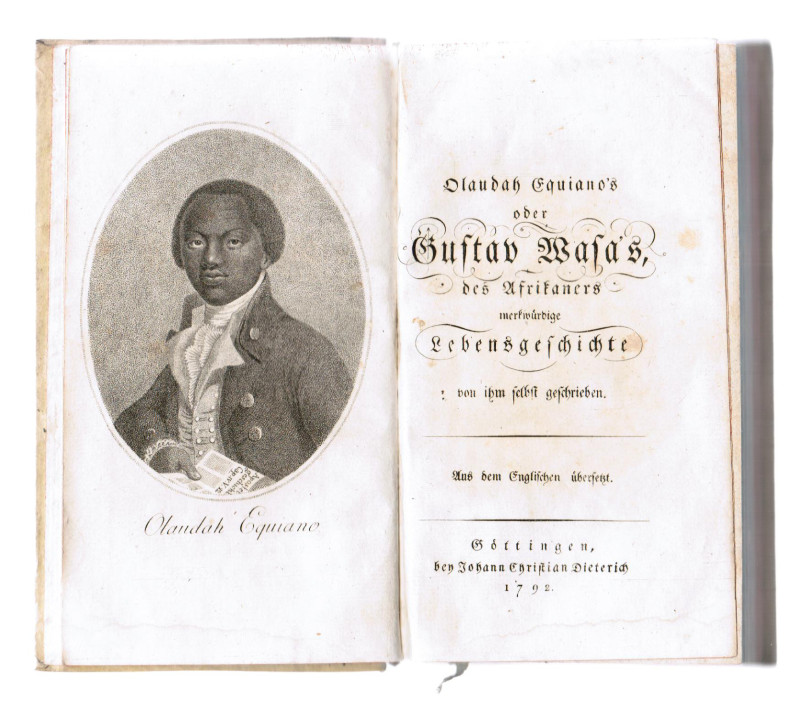 ‘Equiano’s autobiography remains a classic text of an African’s experiences in the era of Atlantic slavery.  It is a book which operates on a number of levels: it is the diary of a soul, the story of an autodidact, and a personal attack on slavery and the slave trade.  It is also the foundation-stone of the subsequent genre of black writing; a personal testimony which, however mediated by his transformation into an educated Christian, remains the classic statement of African remembrance in the years of Atlantic slavery’ (Oxford DNB).

In his preface, the translator, the young philologist Georg Friedrich Benecke (1762–1844), notes the number of English editions which have been published (he has the third) and that a Dutch translation came out in 1790.  All this set me thinking: is this the first book by an English-speaking black writer to gain a European audience?

Posted in
Previous: The Grand Old Duke of York Next: Up, up, and away