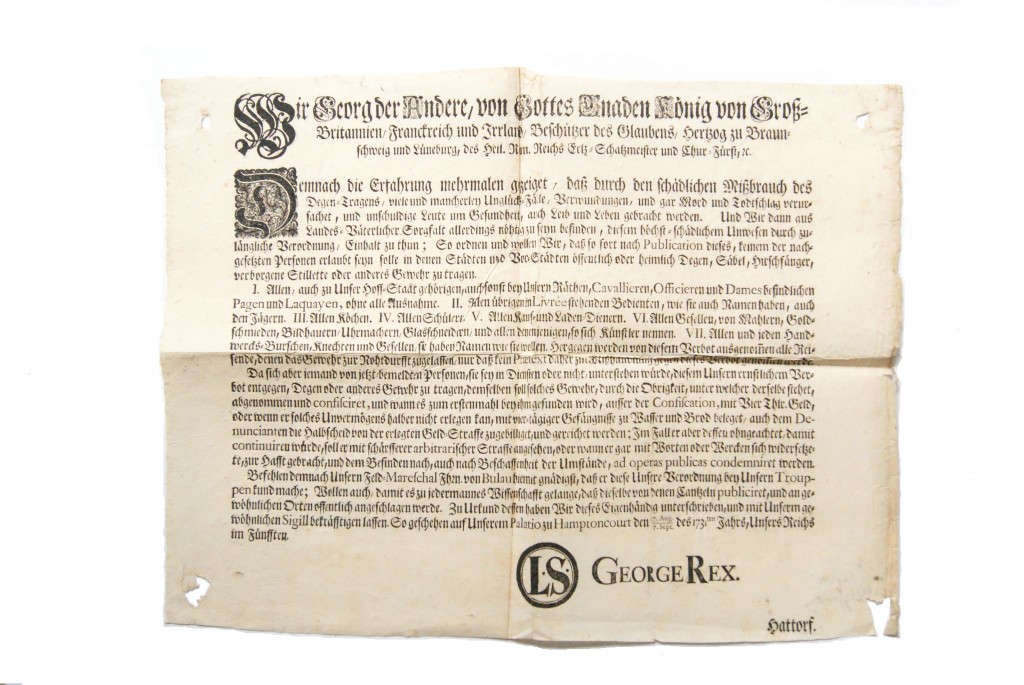 With the subject of knife crime constantly in the news, I thought I’d post this, a German translation of George II’s 1731 proclamation against carrying knives and other weapons, which shows that such problems are nothing new.  I’ve not seen this kind of thing before, but I presume British edicts at the time were regularly sent to Germany, having been endorsed by the head of the German Chancery in London (at the time, Johann Philipp von Hattorf), for printing and distribution.  According to a manuscript note on the verso, this example was sent to Salzhausen, around ten miles west of Lüneburg.

Posted in
Previous: American stories for Soviet children Next: The Adventures of Congo