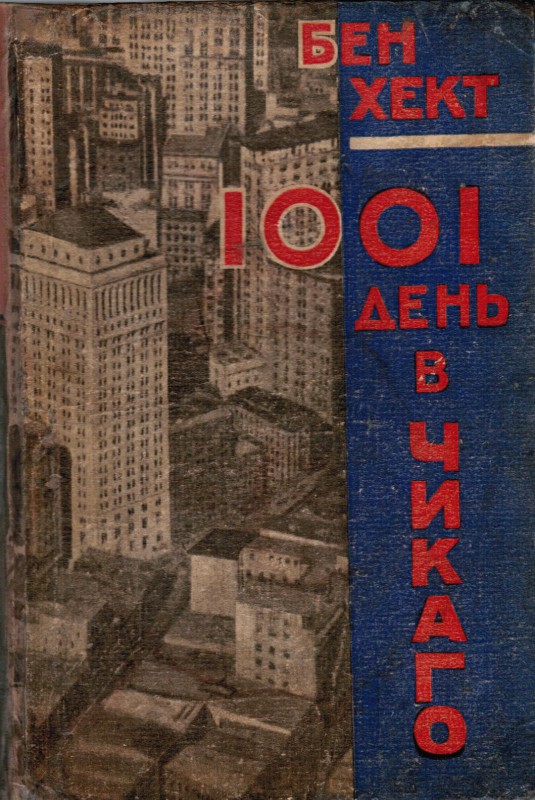 I like this book: the first—and apparently only—edition in Russian of A Thousand and One Afternoons in Chicago (1922), one of the earliest books produced by the great screenwriter, Ben Hecht (1894–1964; Some like it hot, Gone with the Wind, Mutiny on the Bounty, etc.), himself the son of Russian–Jewish immigrants: ‘journalism extraordinary; journalism that invaded the realm of literature’, as Hecht’s editor at the Chicago Daily News called it. 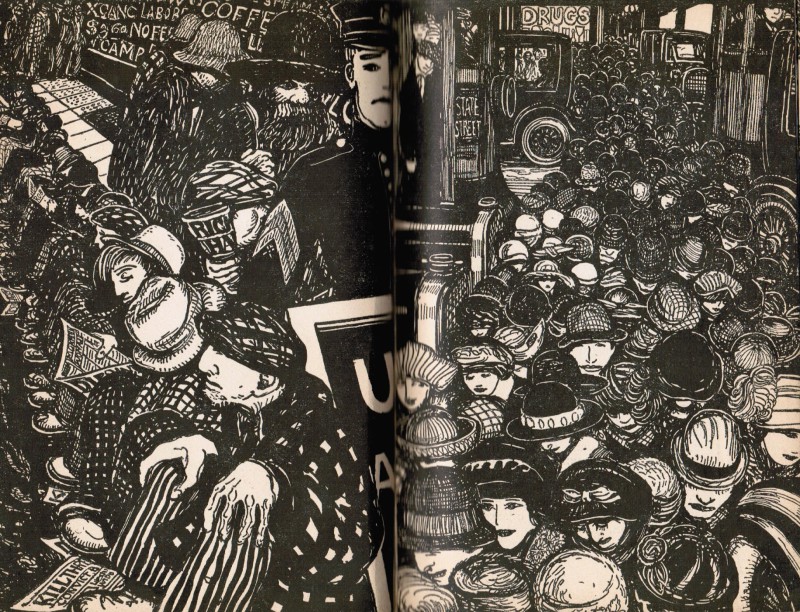 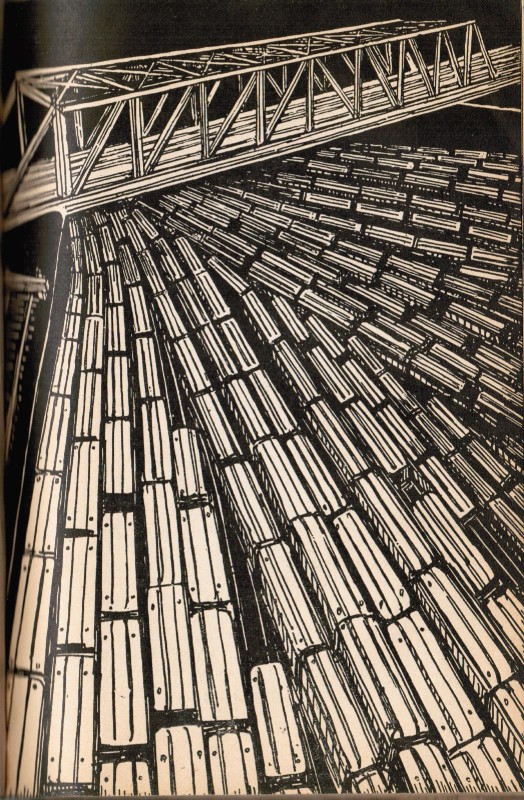 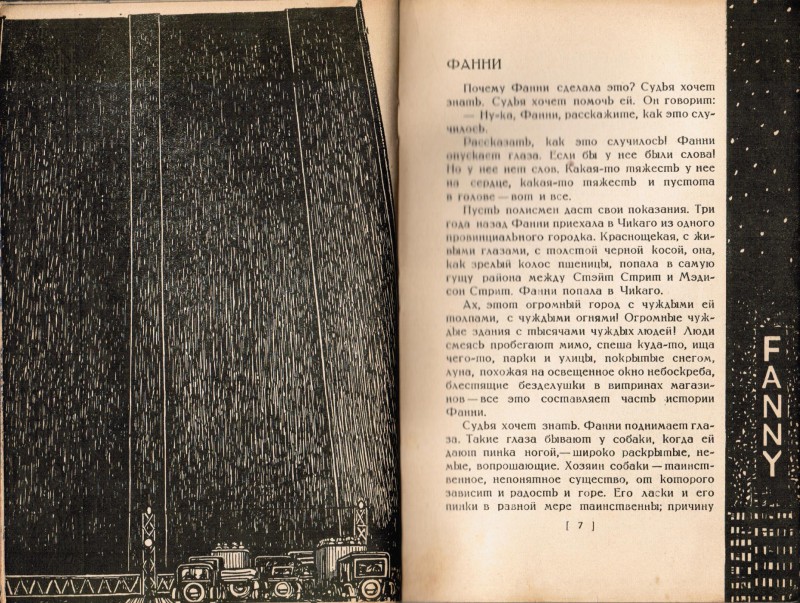 The endpapers, however, by P. Suvorov (who also designed the cover), appear to be original to the Russian edition: 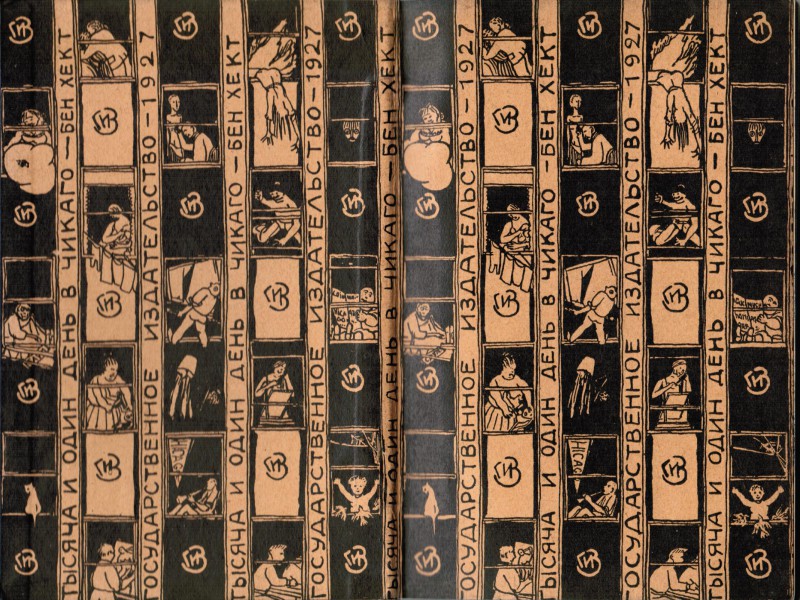 The translator is also interesting: Pyotr Fyodorovich Okhrimenko (1888–1975).  He was a translator for the Comintern, and produced numerous translations of American literature in the 1920s and ’30s: Jack London, Mark Twain, Hemingway, Upton Sinclair, and Sherwood Anderson.  A staunch Tolstoyan, he had decided to emigrate to America after the 1905 Revolution.  But he was unable to find work, so he asked Tolstoy himself for help and was provided with a letter of recommendation to Thomas Edison, who took him on in one of his factories.  He returned to Russia in 1911.