A couple of months ago, I wrote about the novelist Barbara Hofland’s response to Napoleon’s invasion of Russia, Iwanowna; or, The Maid of Moscow.  I recently came across another piece of English literature inspired by the events in Russia, this time a poem by a Yorkshireman called William Margetson Heald (1767–1837), published the same year as Hofland’s novel, 1813. 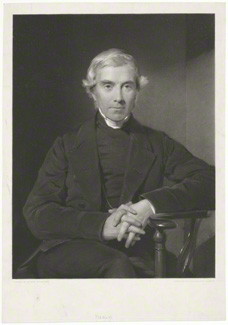 Heald was a surgeon and apothecary, who abandoned medicine for the church.  No stranger to neo-classical poetising, as a student he had published a mock-heroic account of the medical eccentricities of the doctor John Brown (The Brunoniad, 1789), but the present work shows far more ambition, aligning the siege of Moscow with the epic battles of myth and antiquity.  So it is that Napoleon, ‘the Gallic vulture’, is cast as Xerxes, and the Russians gain a noble Alexandrian gloss. 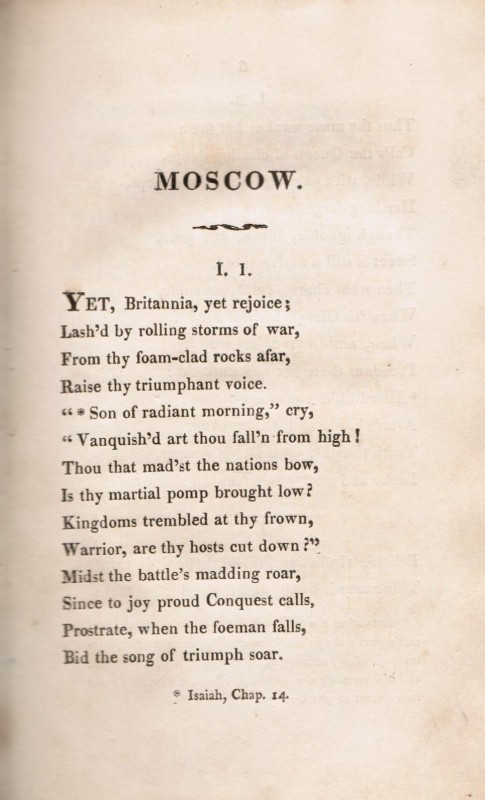 Heald moved in the same ecumenical circles as Patrick Brontë, and Heald’s children William and Harriet were friends with the parson’s prodigious offspring.  Indeed, William—who would succeed his father—was ‘the prototype of Cyril Hall in Shirley’ (Oxford DNB).

Posted in
Previous: Taking pictures, talking pictures Next: Songs for the pocket (and the pub)