Alexander Pope’s brilliant mock-heroic poem, The Rape of the Lock (1714)—‘the most attractive of all ludicrous compositions’, as Samuel Johnson called it—has always been popular, and not just in England.  French translators, largely thanks to the efforts of Voltaire, first got hold of it, and it was through them that Pope gained a Continental audience.  (Voltaire always had praise for Pope, though he managed to offended Pope’s mother the first time he came to dinner in London with swearing and indelicate conversation.)  A little later and the poem found popularity in Germany: 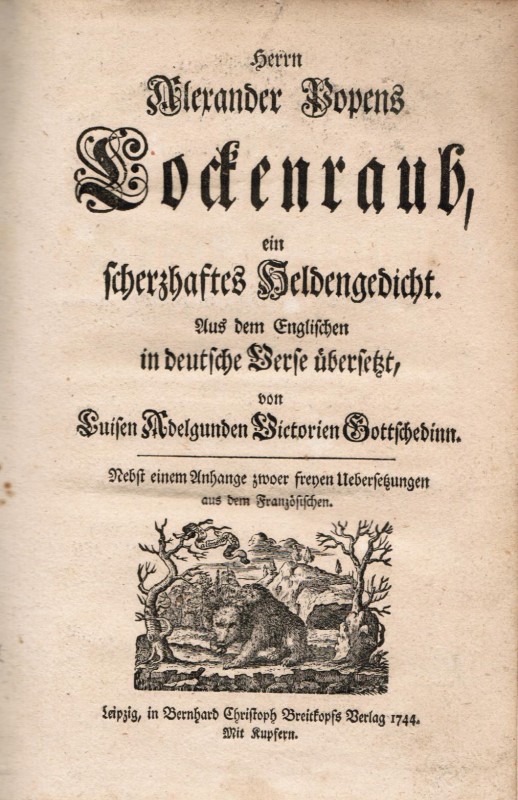 This is the first edition of the first German verse translation of the poem, produced by Luise Gottsched (1713–1762), Germany’s first prominent woman of letters, in 1744.  It is dedicated to Princess Luise Dorothea of Saxe-Meiningen (1710–1767), wife of Frederick III, Duke of Saxe-Gotha-Altenburg, and correspondent of Voltaire, Diderot, Rousseau etc.

‘Gottsched began her translation in the late 1730s, working from a French version because she could not lay her hands on the text in English.  When she obtained a copy of the original a few years later, she went back to her translations and revised it completely.  Her Lockenraub was published in 1744 in a handsome edition, complete with copperplate engravings by Anna Maria Werner, the court painter in Dresden’ (Hilary Brown, Luise Gottsched the Translator, 2012, p. 144). 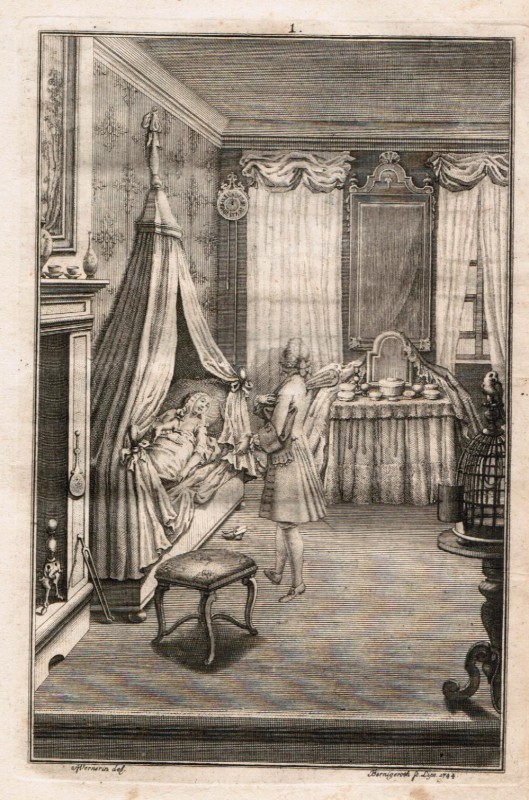 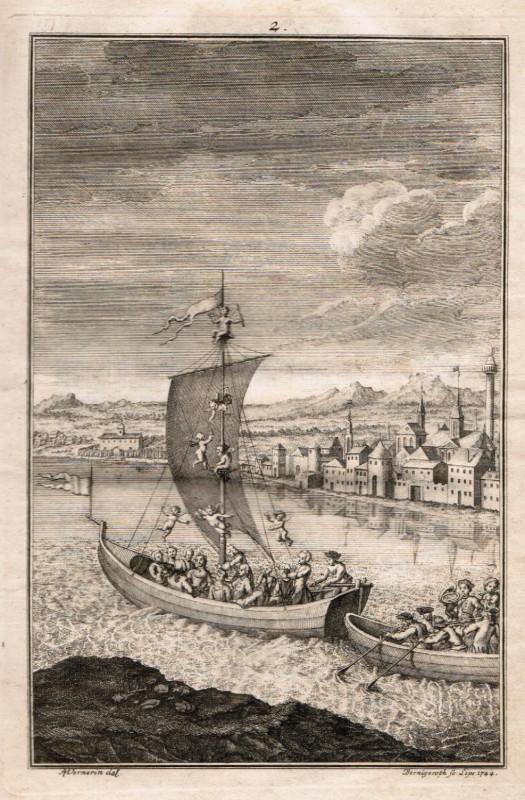 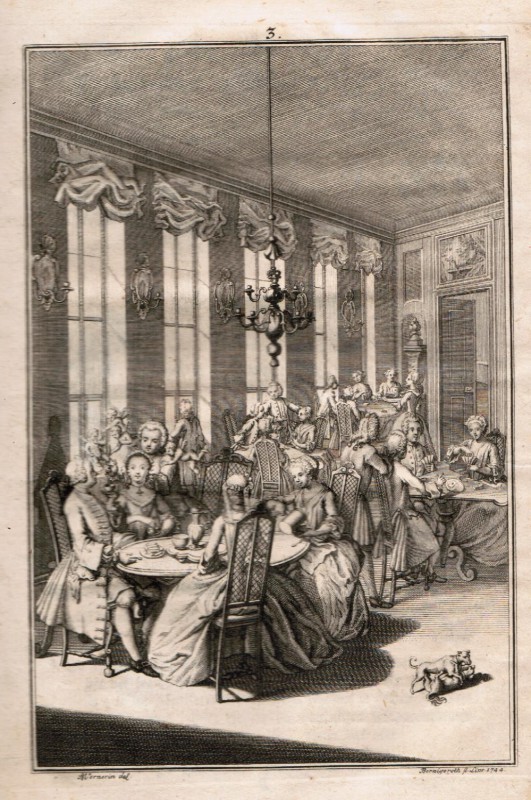 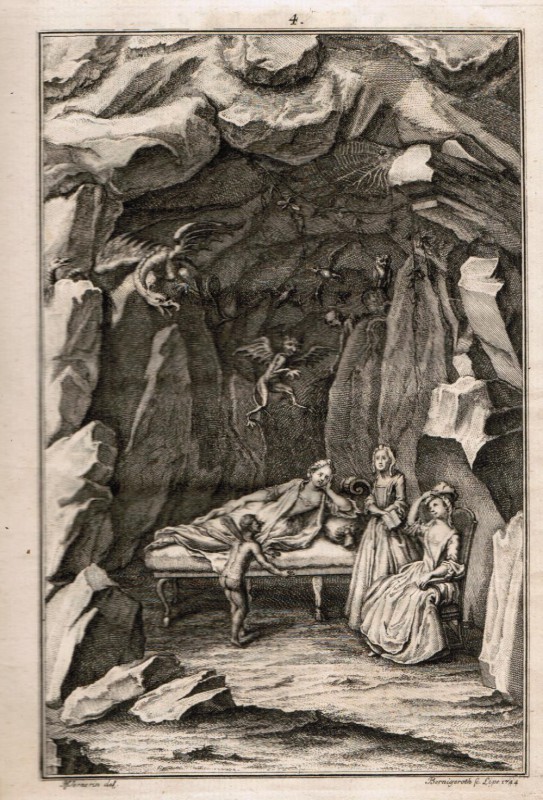 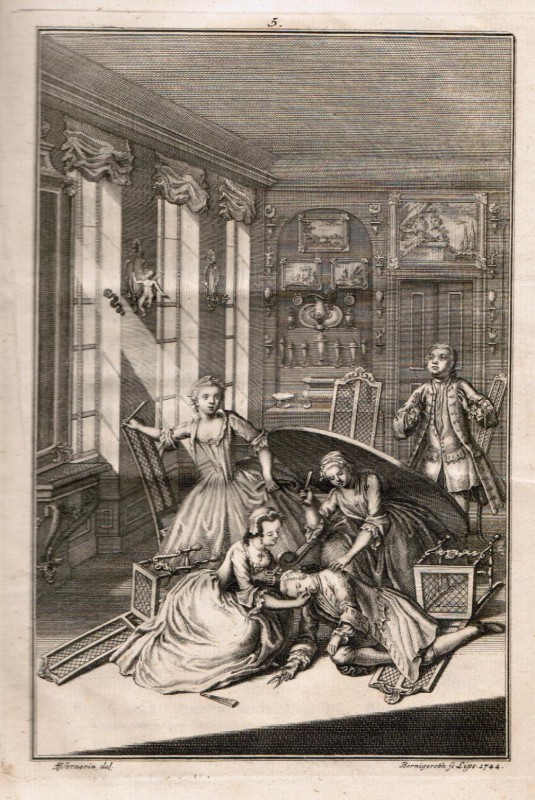 The first German translation, Der merckwürdige Haar-Locken-Raub (1739), was in prose, via a French prose version from 1728.  The anonymous translator, rather grandly, admitted at the time that the translation ‘in no way matches the original, as the German language is understandably somewhat too serious for comic poetry’.  This can’t have helped sales, and the edition is now particularly rare.

Posted in
Previous: A cat-headed goblin Next: Gushing and fabulous