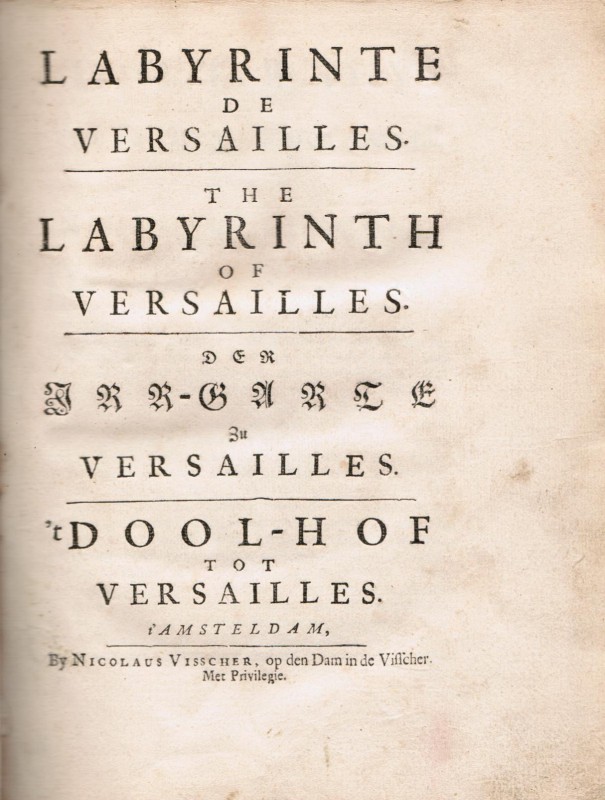 This is the first edition of a rare illustrated guide from 1682—in French, English, German, and Dutch—to Louis XIV’s Labyrinth at Versailles, a maze with thirty-nine fountains depicting Aesop’s fables.

The Labyrinth began in 1665 as an unadorned hedge maze, but was later redesigned to serve the Dauphin’s education.  The impetus in this came from the poet Charles Perrault, who at the time was senior civil servant in the Superintendance of the King’s Buildings.  Between 1672 and 1677 the King’s gardener Andre Le Nôtre redesigned the maze to feature thirty-nine brass fountains: water jets from the animals’ mouths were conceived to give the impression of speech, and each fountain bore a plaque with a caption and a quatrain written by the poet, Isaac de Benserade.  The Sun King specifically commissioned the quatrains, and it was allegedly from these plaques that his six-year-old son, the Grand Dauphin, learned to read.

Booksellers wasted no time cashing in on the new attraction.  The first guide (Paris, 1677) was in French only, and unillustrated; another followed in 1679, with engravings by Sébastien Le Clerc.  The present version presents short prose summaries, in four languages, of the thirty-nine fables, with descriptions of each fountain beneath: 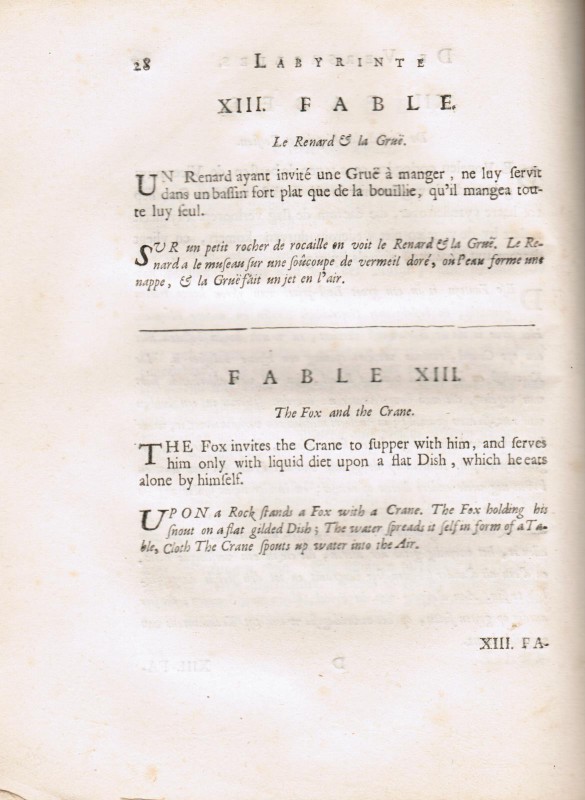 These are followed by engravings by the Dutch artist Willem Swidde, with Benserade’s quatrains (and the three translations, also in verse) on the facing pages: 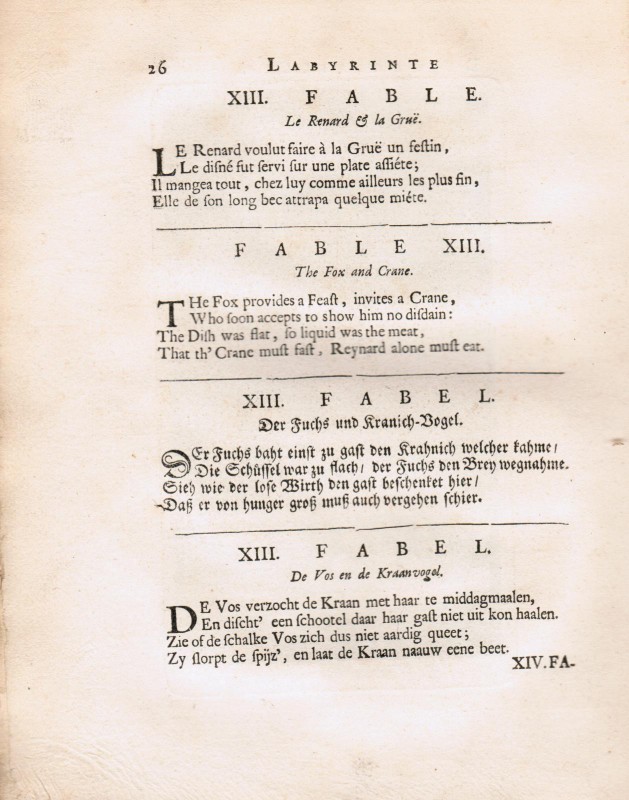 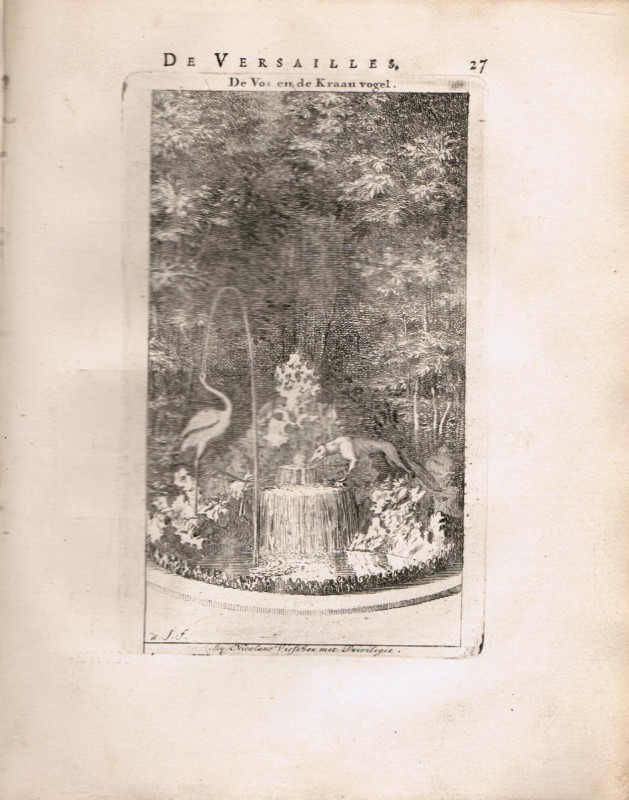 The English translations are by John Morrison, presumably the eponymous translator of Jan Struys’ Reysen door Moscovien … (The perilous and most unhappy Voyages of John Struys, 1683).

Posted in
Previous: A new audience for Pope Next: Kipling in Russia