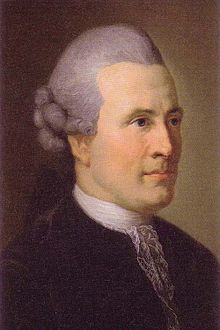 Johann Georg Zimmermann (1728–1795) was a Swiss doctor who, in 1758, was appointed ‘His Britannic Majesty’s Physician’ at Hanover.  He was also a writer, best known for his works of popular philosophy, which made a great impression in the German-speaking world and which were widely translated.  One of these, Von dem Nationalstolze, written during the Seven Years War and published in Zurich the same year Zimmermann became George II’s physician, distinguishes between true and false national pride.  It wasn’t published in English until some time later, in 1771 (Zimmermann’s first appearance in English), when it was pronounced by both the Critical and the Monthly Review as ‘entertaining’. 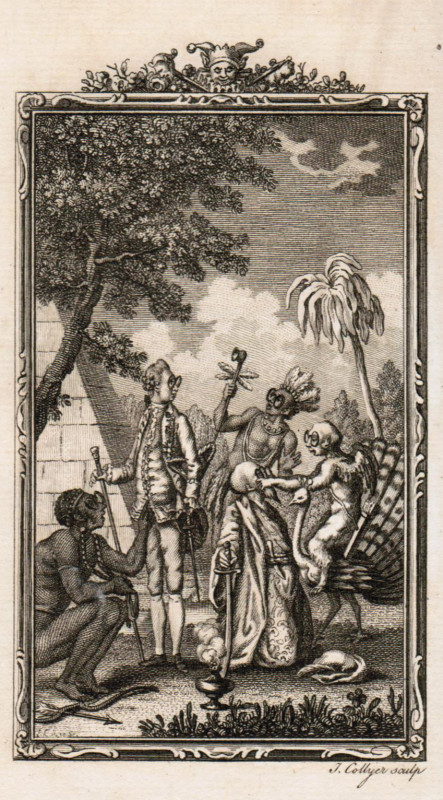 The book has this splendid allegorical frontispiece, done by Joseph Collyer the younger after the original title vignette in the German version, which depicts Pride riding a peacock whilst distorting the vision of all parts of the world (rendered as African, European, Oriental, and Native American) with spectacles.

Posted in
Previous: Kipling in Russia Next: For the fallen