Regular readers will know of my interest in the history of the reception of English literature abroad.  But I’ve never come across this before: a case of the translation preserving a text, when the English original is lost. 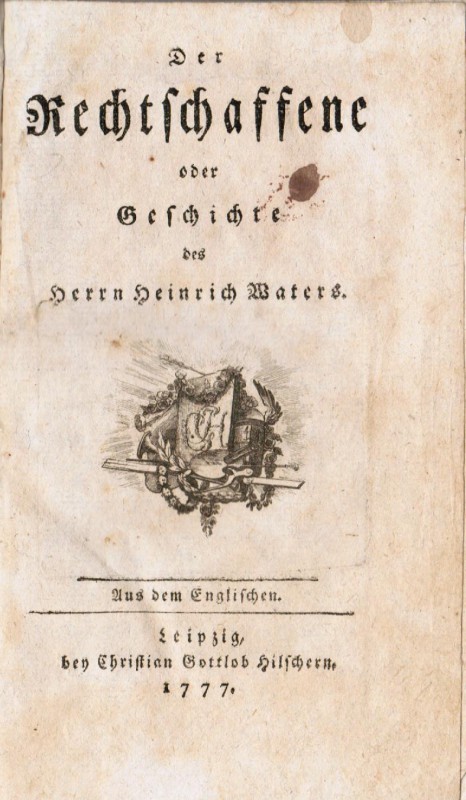 This is the first edition in German of The Man of Honour, or the History of Harry Waters (1771), a very rare novel otherwise known only by contemporary advertisements, reviews (not great ones, admittedly), and a sole copy of the first volume preserved in the collections at Colonial Williamsburg.  The other two volumes of the English book, as published, are lost, making the German translation the only opportunity to read the full text.

In the past, the novel had been attributed to John Cleland, as a follow-up to The Woman of Honour, until Garside, Raven & Schöwerling (The English Novel 1770–1829, OUP, 2000) discovered an advertisement in The London Chronicle which ascribes the novel to the irascible writer John Huddlestone Wynne (1743–1788), author of A General History of the British Empire in America (1770), the poems The Prostitute (1771), The Four Seasons, and Evelina (both 1773), and the ‘pleasing little novel’ The Child of Chance (1786).

Posted in
Previous: The first dictionary of American English? Next: The Count of Monte Cristo, in Kentucky