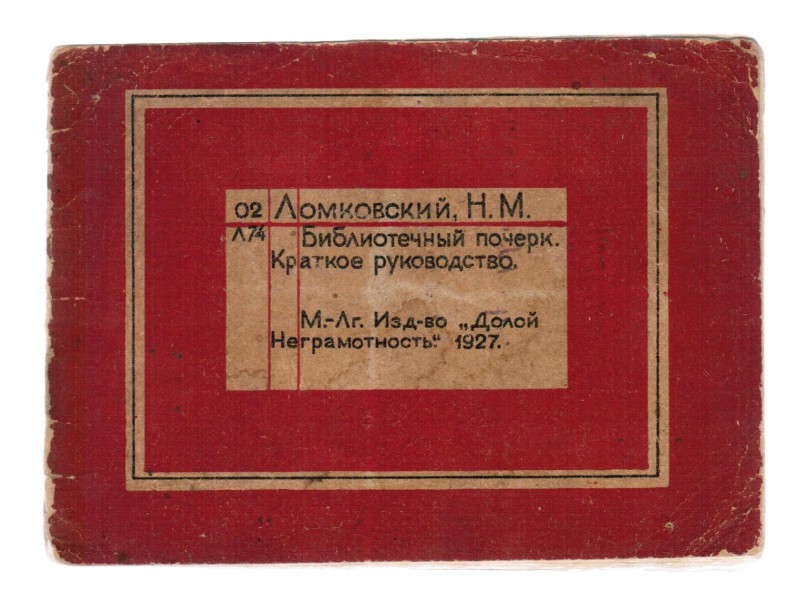 This is a copy of Library script.  A brief guide on how to master independently the handwriting used in libraries for the writing of catalogue cards, reader’s tickets etc., brought out in 1927 by the wonderfully-named publishers ‘Down with Illiteracy’.  It’s a rare guide for Soviet librarians as to the best script to use in their official duties, with various tables showing how to form letters neatly, both Cyrillic and Latin (as well as how not to). 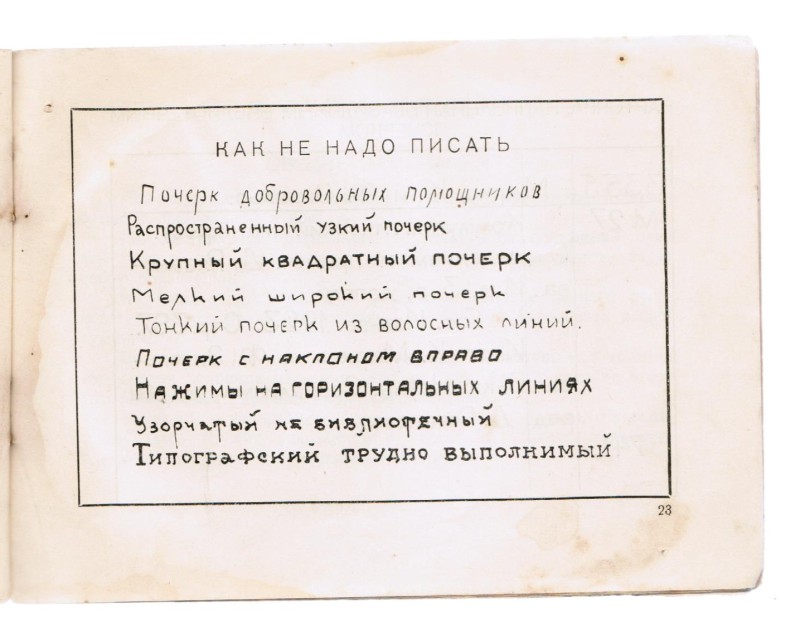 A model catalogue card is included at the end (a 1923 Russian edition of the Communist Manifesto): 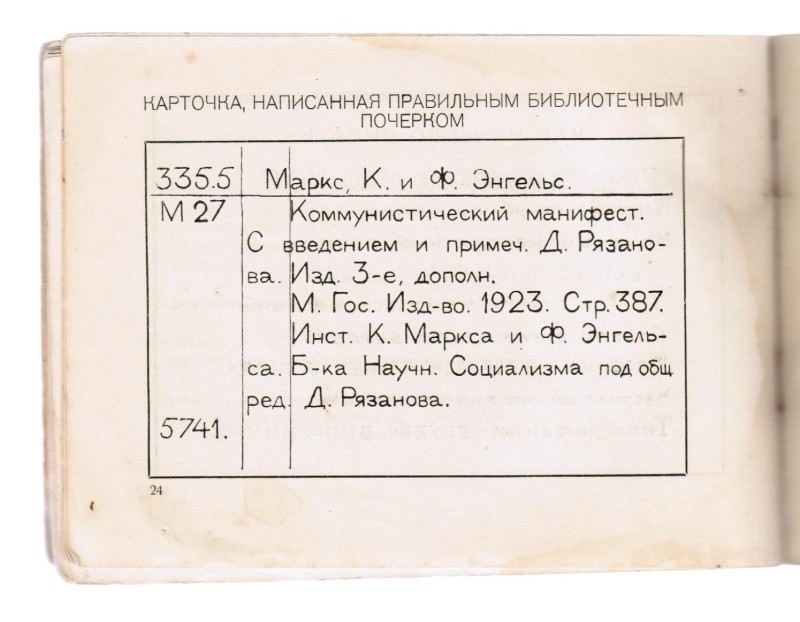 The way to do it.

It is interesting to note that the two types of pen recommended are both English: two models from the Birmingham firms of A. Sommerville and D. Leonardt.

The book was written by an experienced librarian called Nikolai Lomkovsky (1878–1941).  In 1911, he and his wife, Maria, had taken over the famous  St Petersburg subscription library founded in the 1860s by the publisher Aleksandr Cherkesov.  Their abilities were recognised after the Revolution, too, when the library (some 60,000 books) was nationalised; the couple remained in post, and the library flourished, finally becoming the Mayakovsky Central Municipal Public Library in 1953, the name it bears to this day.  Sadly, the Lomkovskys both died during the Siege of Leningrad.

Posted in
Previous: The flying kennel Next: On this day: Thomas Mann in a photo booth