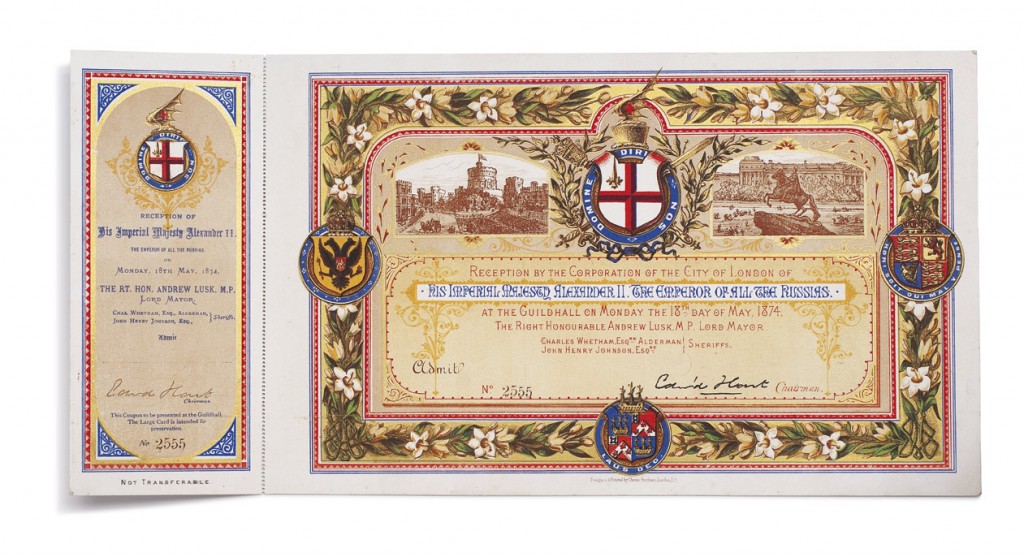 2764 guests, at a cost of £13,188 2s. 1d. (over £600,000 in today’s money), this is Victorian event management at its peak.  Alexander II was visiting his daughter, Maria (styled here ‘Her Imperial and Royal Highness’, always a bone of contention with the British royal family), who had married Queen Victoria’s son, Alfred, at the Winter Palace in St Petersburg a few months before.  Illustrated here is an admittance card to the event, a menu, and the official Report in relation to the Entertainment of His Imperial Majesty the Emperor of All the Russias, in the Guildhall of the City of London, on Monday, the 18th of May, 1874.  Presented to the Court of Common Council, 16th July, 1874, submitted by the Czar Entertainment Committee.  The Report makes fascinating reading.  It details who was invited—royalty, ambassadors, politicians, clergy, those representing the City of London (Livery Companies, bankers, merchants, brokers), etc., plus over 20 newspaper editors (and a reporter from the ‘Russian Mirror’), the illustrator Gustave Doré, and the composer Charles Gounod, who was resident in London at the time—and reproduces ‘various documents, showing the form of procedure and ceremony adopted at the Reception, and the general regulations observed on the occasion’, including the two menus served (one for the Royal Table, another for everyone else), both provided by W. G. Jennings of The Albion, Aldersgate Street (his bill was £2629 19s. 9d.), and the music performed, by the Band of the Grenadier Guards in the Pavilion of the Guildhall, and by members of the Orpheus Glee Union in the Library.  Among the expenses are those for printing: £336 6s. 6d. all told. 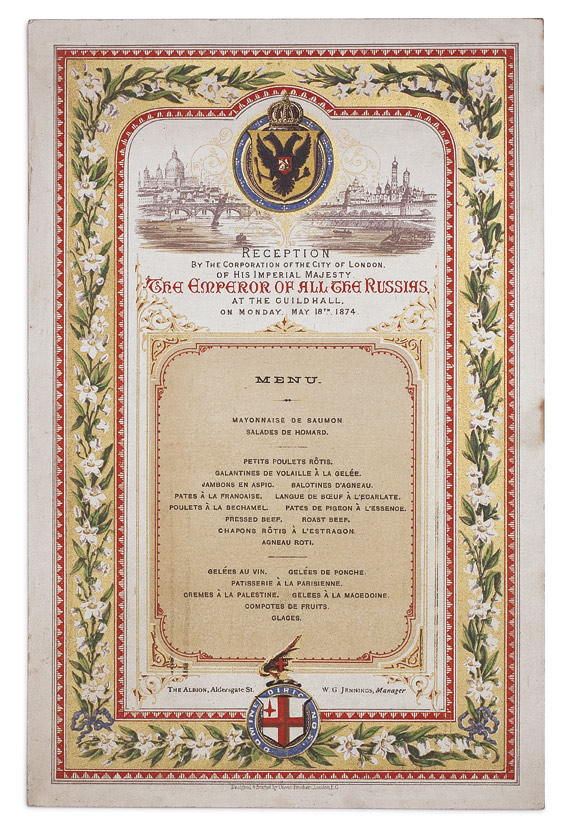 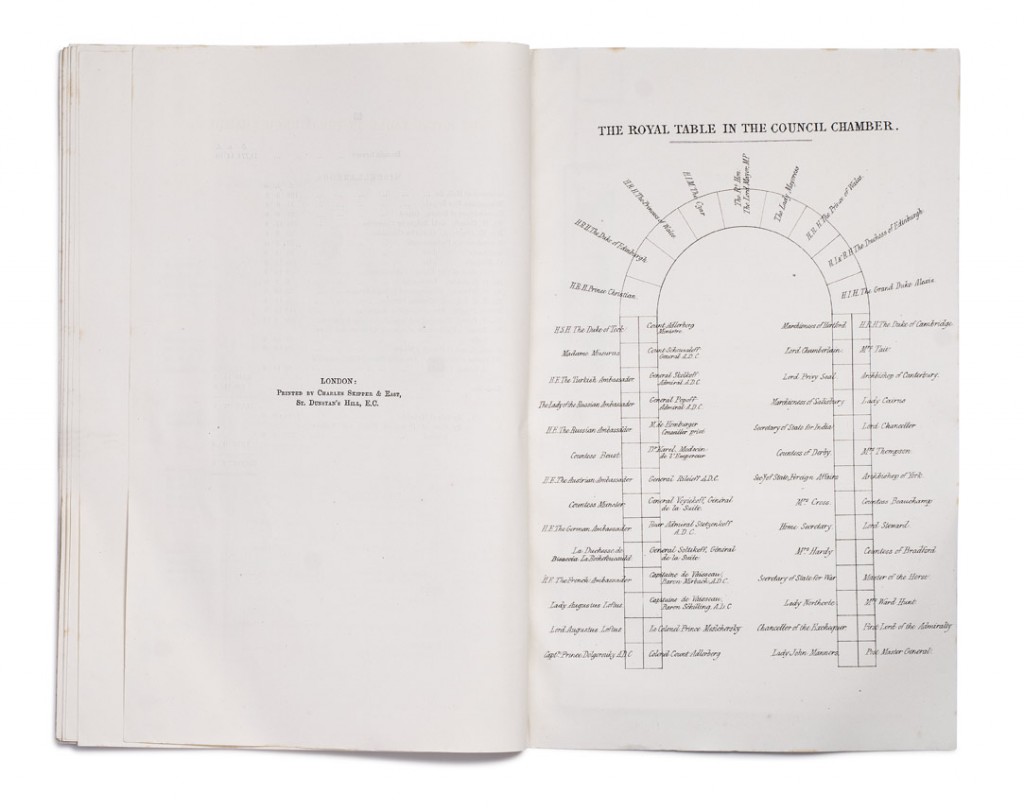 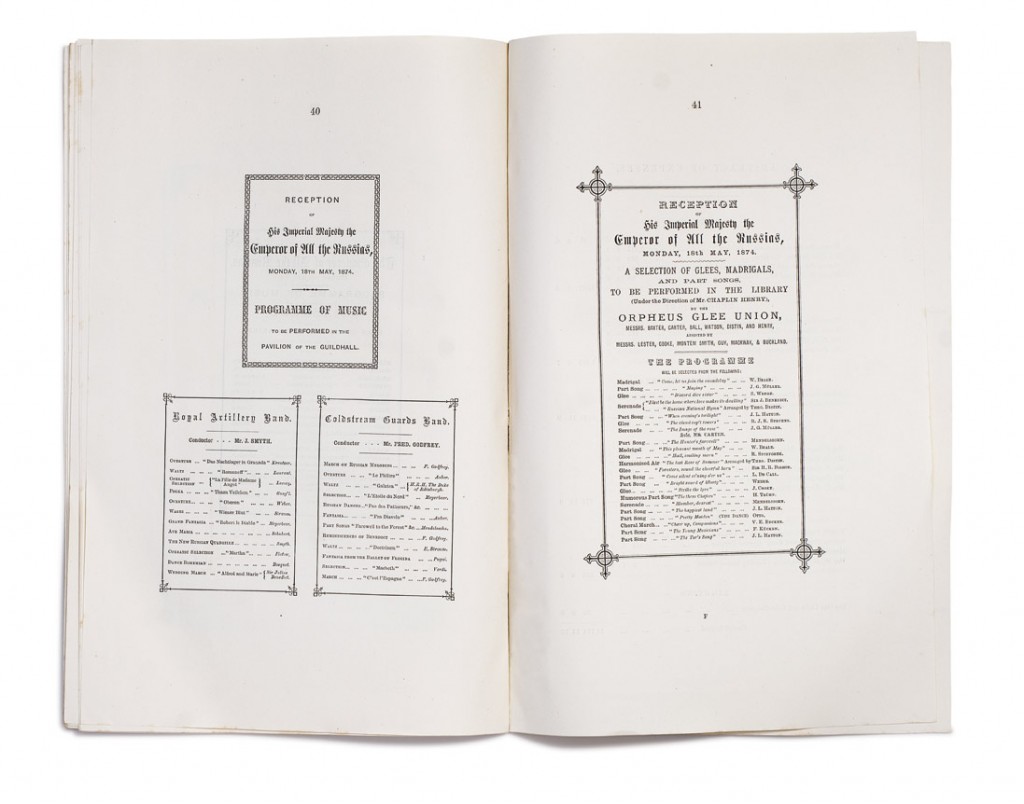 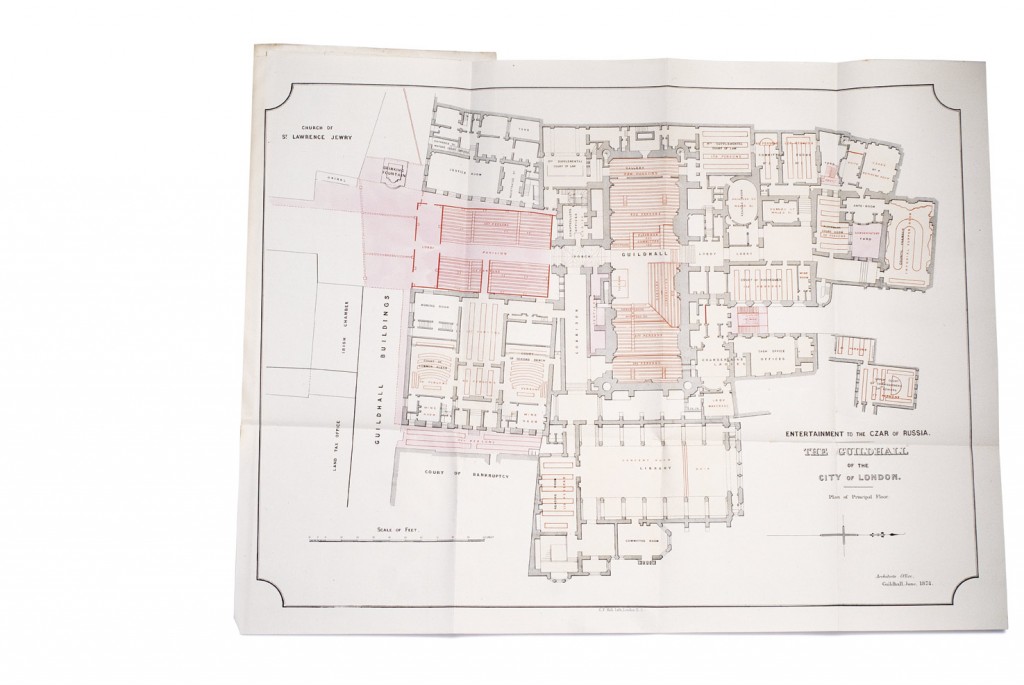 Posted in
Previous: The Adventures of Congo Next: Goethe's Ossian