I’m sure that if you asked anyone “what was the first bibliography of eighteenth-century English literature?”, they probably wouldn’t guess that it was published in Berlin: 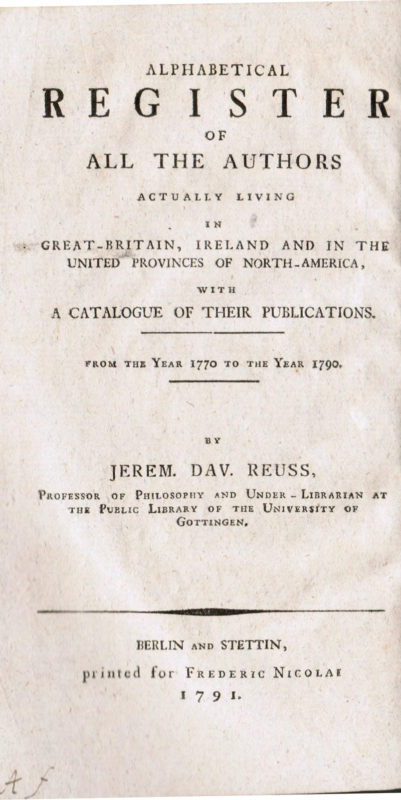 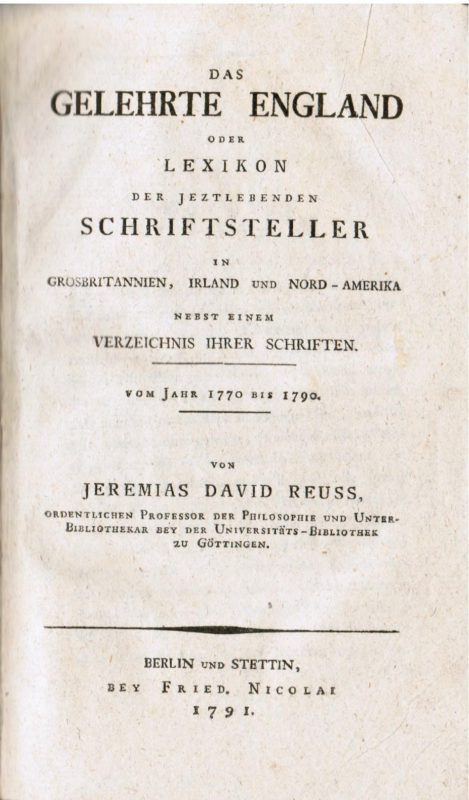 The book was the brainchild of the great Enlightenment publisher (and Anglophile), Friedrich Nicolai.  In 1789, he wrote a letter to Jeremias David Reuß (1750–1837), under-librarian at the University of Göttingen, one of the best libraries in Germany, and rich in English books.  Along with the letter, Nicolai sent Reuß a copy of Marshall’s recently-published—and rather boastful—Catalogue of Five Hundred Celebrated Authors (London, 1788; ‘so new in its design, that, if, like certain authors, we were to indulge in the whispers of vanity, we might consider ourselves as the inventors of a new science …’).  Earlier works of bio-bibliography had not focused on contemporary authors, and had not focused on literature, two elements which interested Nicolai, who had been publishing German translations of English literature since the 1760s.  Marshall’s book, however, was not without its deficiencies, and it was certainly not much of a bibliography.  Nicolai’s plan was for Reuß to work through the standard English journals of the day and compile a new, comprehensive list of contemporary English literature which could be of use to both German and English readers (hence title-pages in both languages).  In terms of form, the model was to be Hamberger and Meusel’s well-known bibliography Das gelehrte Teutschland (1767 and later editions), itself based upon La France littéraire (1752), as nothing comparable had appeared in English before. 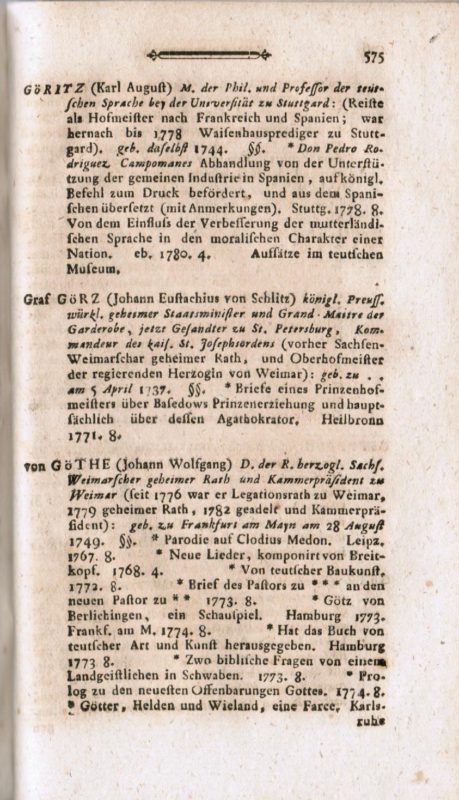 Reuß was nothing if not thorough.  In his search for details of books, he spent months scouring 81 volumes of the Monthly Review, 38 volumes of the Critical, plus past numbers of the Philosophical Transactions, Archaeologia, the Transactions of the American Society at Philadelphia, the Memoirs of the American Society at Boston, various medical journals, Asiatick Researches, and shelf after shelf of German periodicals.

In a letter from Reuß, a print-run of 800 copies was suggested, and the book certainly seems scarce today. 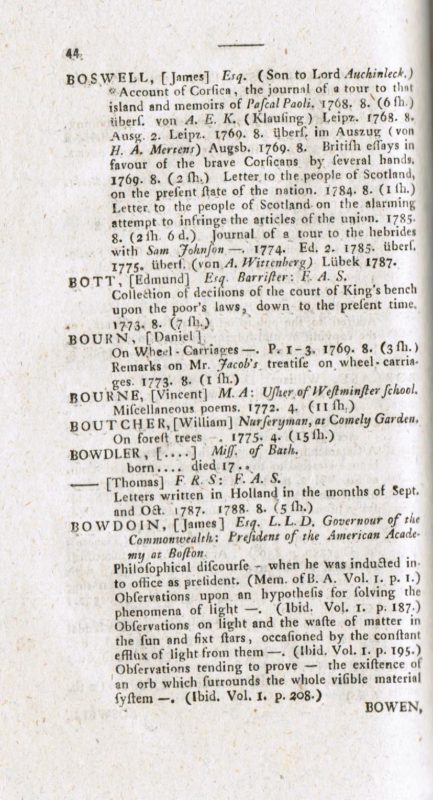 A sample page from Reuß’s book, showing entries for Boswell, and the American James Bowdoin.

Posted in
Previous: George Eliot, the first translation Next: Books in the balance