Last week, I wrote about a book printed on coloured paper which I shall be exhibiting at the forthcoming London International Antiquarian Book Fair.  Here are two more: 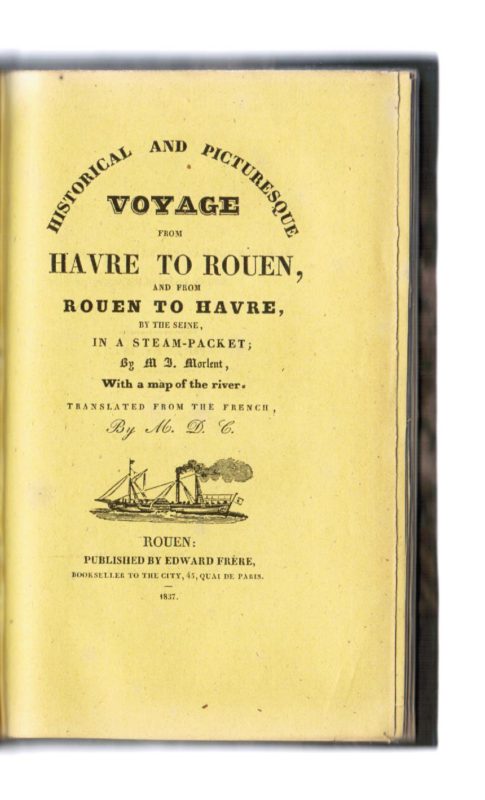 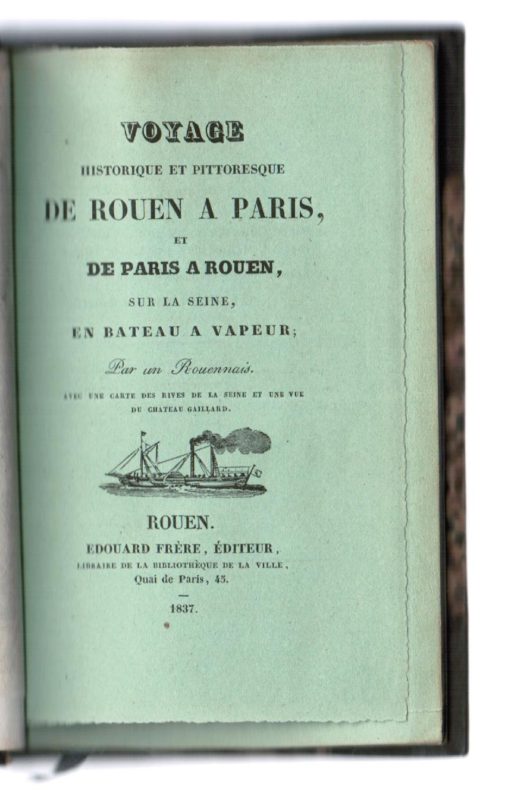 These charming little books are two popular local guides for French and English passengers travelling along the Seine from Paris to the sea.  Both were published in Rouen in 1837 and both were written by booksellers.  The French one, by Edouard Frère (who was the publisher in both cases), went through at least three editions, 1837–42, and the English one, by Joseph Morlent, even more: six in French, 1826–36, and four in English, 1837–43.  These are both first editions, and special copies (the books are usually found on ordinary paper), printed on coloured paper: the Frère on green, Morlent on yellow.  I have been unable to locate any other copies of either book so described.

‘Nobody can behold with indifference the banks of the Seine.  Whoever the traveller may be that surveys them, he meets objects worthy of his attention.  If he be a landscape painter, they offer him admirable scenery; if a poet, he finds inspiration; an historian, illustrious reminiscences; an observer, pictures of morals which might borrow from an elegant pen an inexpressible charm …’ (Morlent, Introdution).

One writer who drew inspiration from the river was Flaubert.  The opening of L’Éducation sentimentale (set in 1840, just a few years after the present books were published), when Frédéric Moreau meets Mme Arnoux for the first time, takes place on a steam packet on the Seine heading for Normandy.

Posted in
Previous: ‘In the most fashionable colours’ Next: The Russian taste for Edgar Allan Poe